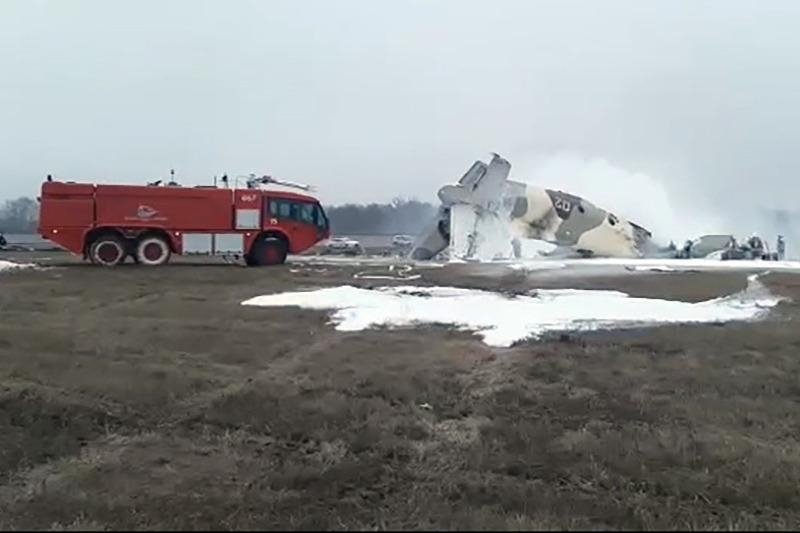 A firetruck extinguishes the fire on the wreckage of the crashed military plane in Kazakhstan on Saturday, March 13, 2021 (AA Photo)
by Agencies Mar 13, 2021 4:42 pm

A military plane crashed in Kazakhstan Saturday, killing four of its crew and injuring the other, officials said.

The ministry said that Soviet-built An-26 two-engine turboprop crashed while trying to land at the airport of the country's largest city, Almaty. The plane had flown from Kazakhstan's capital, Nur-Sultan, with only six crew and no passengers on board.

The Russian news agency Interfax reported that the plane belonged to Kazakhstan's national security committee, a successor to the Soviet-era KGB that controls the national border service.

In December 2019, a dozen of around a hundred passengers died during a crash landing in similarly foggy conditions near the same airport.

The Bek Air carrier that operated the aircraft has not flown since and had its license revoked last year.