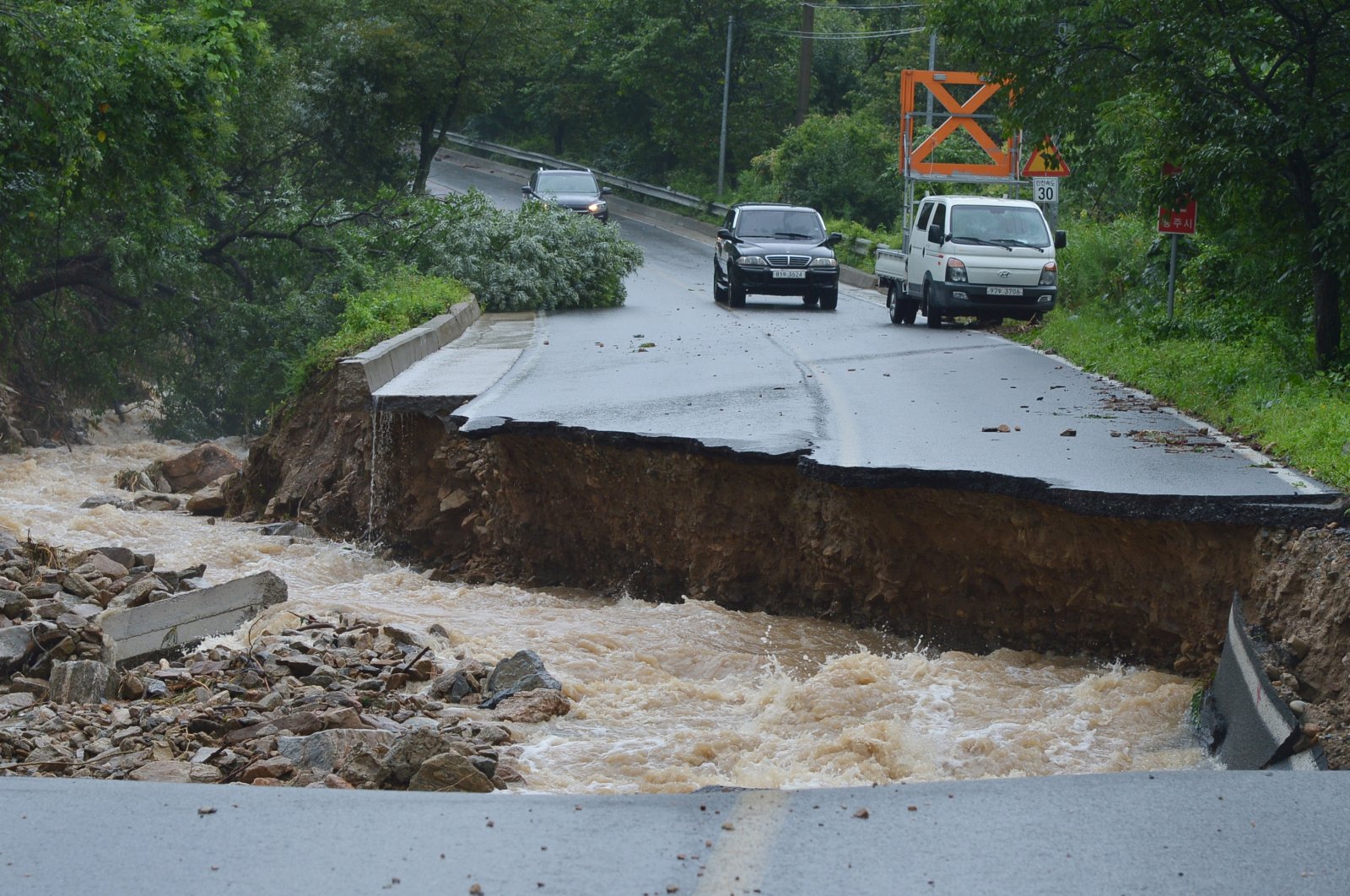 At least five people have been killed in floods and landslides caused by heavy rainfall in South Korea, while another eight are missing, according to media reports Sunday.

The region around the capital Seoul and the central part of the country were particularly hard hit by the rains.

In the central city of Chungju, two women, aged 56 and 76, were reportedly killed in separate landslides. Elsewhere in the city, a fireman was reported missing after being swept away by swollen river waters.

The residents of more than 80 houses in the city were rescued from floodwaters, with numerous houses evacuated in other areas.

The authorities expect the heavy rainfall to continue until Tuesday. South Korea is currently experiencing its rainy season.