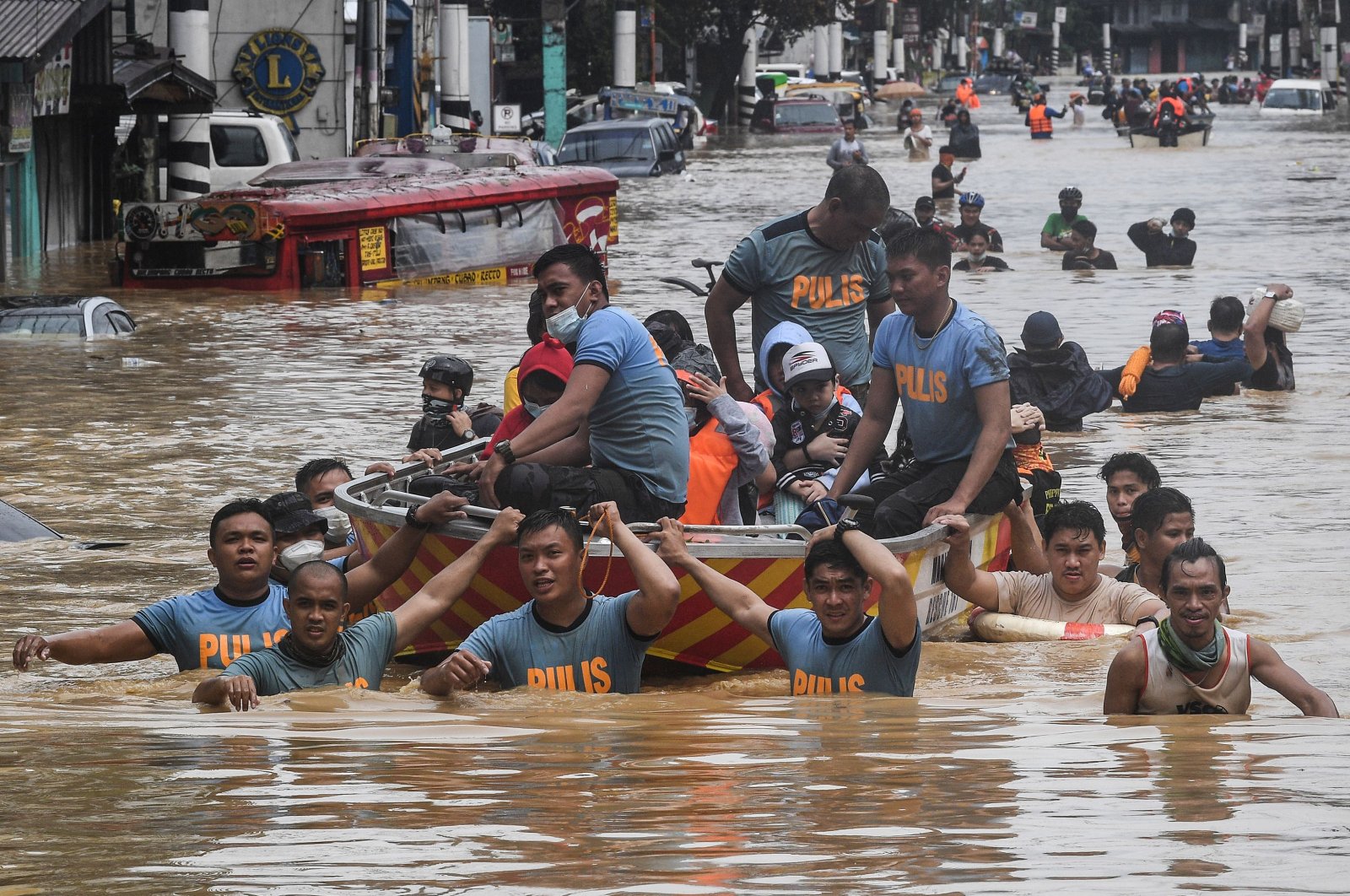 Philippine President Rodrigo Duterte on Thursday ordered government agencies to rush aid to people affected by Typhoon Vamco, after the storm killed at least seven people and brought the worst flooding in the capital Manila in years.

Tens of thousands of homes in low-lying suburbs were submerged by the floods, prompting residents to scramble onto rooftops awaiting rescue.

Vamco, the 21st cyclone to hit the Philippines this year, battered a nation still reeling from Goni, the world's most powerful typhoon this year that killed 25 people and destroyed thousands of homes early in November.

"Rest assured, the government will not leave anybody behind," Duterte said in a national address, pledging shelter, relief goods, financial aid and post-disaster counseling.

The latest typhoon, which has also left four missing, comes as the Philippines is still grappling with a wave of COVID-19 infections and a battered economy.

In some suburbs east of Manila, residents took refuge on their flooded homes.

"Just a few steps remaining on our third floor and we have yet to see any rescuer," Carla Mhaye Suico, a resident in Pasig City, told DZBB radio, while sheltering with 15 family members and neighbors.

Roughly 40,000 homes had been either fully or partially submerged in Marikina City, its mayor, Marcelino Teodoro, told DZMM radio station, calling the situation "overwhelming" and the worst since a typhoon flooded large swathes of Manila in 2009.

Nearly 3 million households in and around Manila were without power as people waded through waist-high floods, carrying valuables and pets.

Coast guards had to swim in floodwaters as high as electricity poles, while rescue workers used rubber boats and makeshift floats to carry children and the elderly to safety.

Flights and mass transit in Manila were suspended while the coast guard stopped port operations. Government work was suspended and financial markets were shut.

Vamco has now weakened, with sustained winds of 130 kilometers per hour (81 mph) and gusts of up to 160 kph, after exiting Luzon island, home to half of the Philippines' 108 million people.

The Philippines, an archipelago of more than 7,600 islands, experiences around 20 tropical storms a year that often continue on their track to hit Vietnam, China and Taiwan.

Vamco is forecast to head toward Vietnam. Floods and mudslides over the past month have killed at least 160 people in central Vietnam, left dozens missing and damaged 390,000 houses.