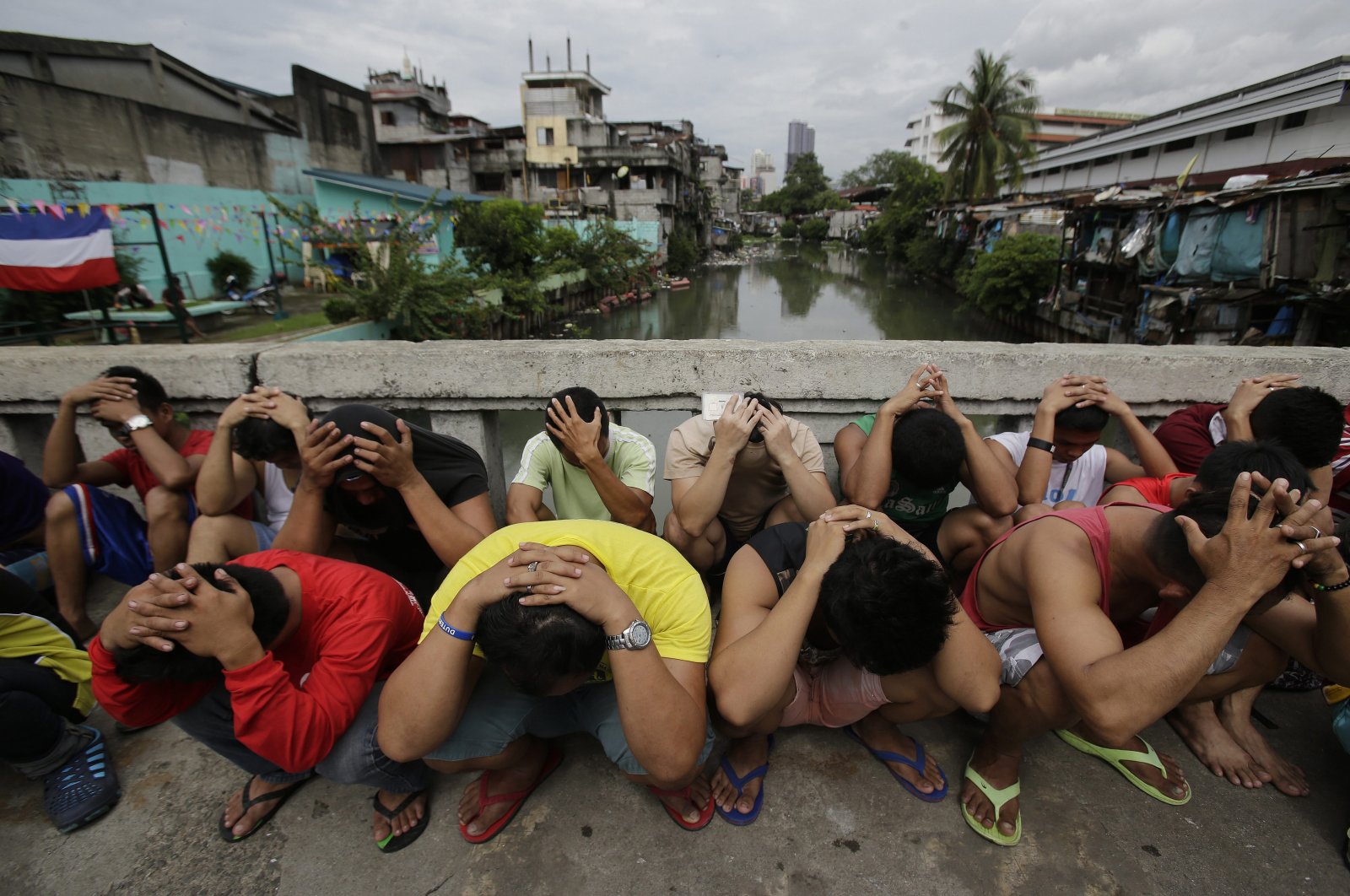 Filipino men place their hands over their heads as they are rounded up during a police operation as part of the continuing "War on Drugs" campaign of Philippine President Rodrigo Duterte in Manila, the Philippines, Oct. 7, 2016. (AP Photo)
by Anadolu Agency Nov 05, 2020 7:28 pm

About 8,000 people have been killed in the Philippines' controversial war on drugs since 2016, according to new government figures released Thursday.

At a news conference, Chief of Philippines National Police Camilo Pancratius P. Cascolan said over 234,000 operations were conducted since July 2016 during which more than 357,000 suspects were arrested and some 8,000 others were killed, a Philippines Information Agency statement said.

At least 1.29 million people surrendered during the operations, the police chief said.

"We continue to enhance our operations against illegal drugs," Cascolan said.

He added that the police have intensified their campaign against criminality, illegal drugs and growing criminal activities by motorcycle-riding suspects.

The war on drugs of President Rodrigo Duterte's government was launched soon after he took office in June 2016.

The policy aims at "the neutralization of illegal drug figures nationwide" but it has been heavily criticized by human rights groups.

According to Human Rights Watch (HRW), Duterte's war on drugs has claimed over 12,000 lives, mostly of the urban poor.

HRW accused the Philippine National Police of "falsifying evidence to justify unlawful killings" and attributed at least 2,555 killings to the police force.