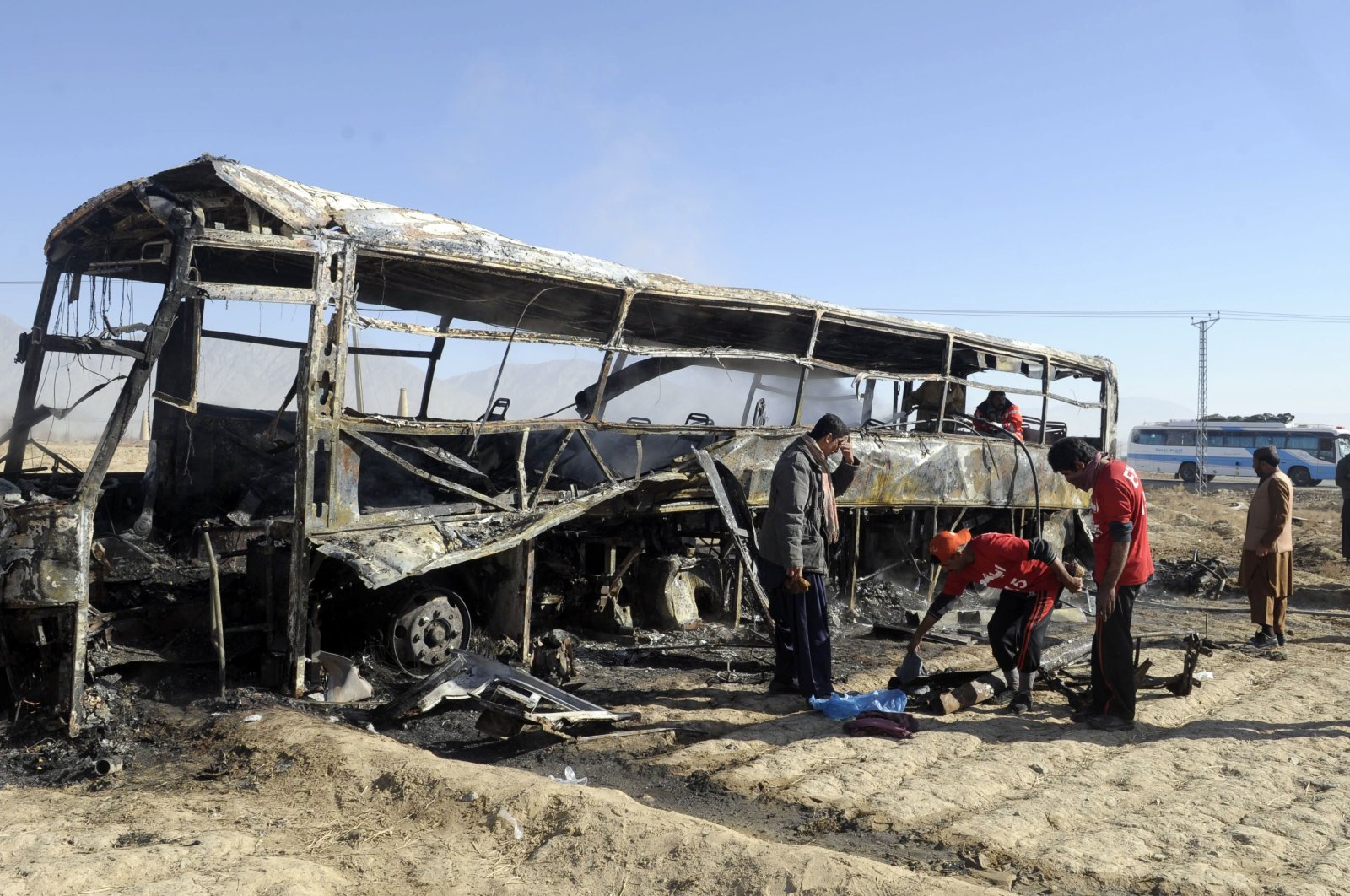 Nine Chinese nationals and a Pakistani soldier were among 12 people killed in a blast targeting a bus in a remote region of northern Pakistan on Wednesday, multiple sources told Reuters.

In a statement, it said a bus carrying Chinese workers in Khyber Pakhunkhwa province "plunged into a ravine after a mechanical failure resulting in leakage of gas that caused a blast."

"The bus plunged into a deep ravine after the blast and caused heavy losses. One Chinese engineer and one soldier are missing. The rescue operation is launched and the entire government machinery has been mobilised to rescue the injured by air ambulance," a senior government official told Reuters on condition of anonymity.

Chinese workers and accompanying Pakistani staff were proceeding to their workplace for an ongoing project when the incident took place, it added.

The ministry did not give details on the number of injured, but sources said 27 Chinese workers and five locals were also wounded.

Earlier, a local official told Anadolu Agency (AA) on the condition of anonymity that the explosion was "apparently carried out through an improvised explosive device" near the construction site of Dasu hydropower project in Upper Kohistan district.

Babar Awan, an adviser to the prime minister on parliamentary affairs, had also condemned the explosion, saying such "cowardly attacks" will not be allowed to impede the development work, according to state-run Radio Pakistan.

The adviser said Interior Minister Sheikh Rashid will brief the National Assembly, the upper house of parliament, on the incident.

The Chinese Embassy in Pakistan confirmed the bus was on its way to the powerplant, saying the Pakistani military sent helicopters to evacuate the wounded.

It condemned the incident, and asked the Chinese citizens in Pakistan to monitor the local security situation closely, strengthen the safety of project personnel, take strict precautions and not go out "unless necessary."

The Dasu hydropower project is part of the China-Pakistan Economic Corridor (CPEC), a $65 billion project aimed at connecting China's northwestern Xinjiang province to the port of Gwadar in Balochistan.

Chinese Foreign Ministry spokesperson Zhao Lijian asked Pakistan to thoroughly investigate the incident, and arrest the perpetrators to protect the safety of Chinese personnel and projects, according to the state-run Global Times newspaper.

Pakistan said it attaches "great importance" to the safety and security of Chinese nationals, projects and institutions in Pakistan.

Pakistan is a close ally of China, and a large number of Chinese nationals are based in the country to supervise infrastructure projects. Pakistan's army created a special security division for the security of CPEC and its workforce.

In April, a bomb explosion at a luxury hotel in Quetta, the capital of Balochistan province, killed at least five people. Chinese Ambassador Nong Rong was staying at the hotel, but was not present there when the blast occurred. The Tehreek-e-Taliban terrorist group had claimed responsibility for the attack.

In 2018, separatists killed at least four people in an attack on the Chinese consulate in the port city of Karachi.