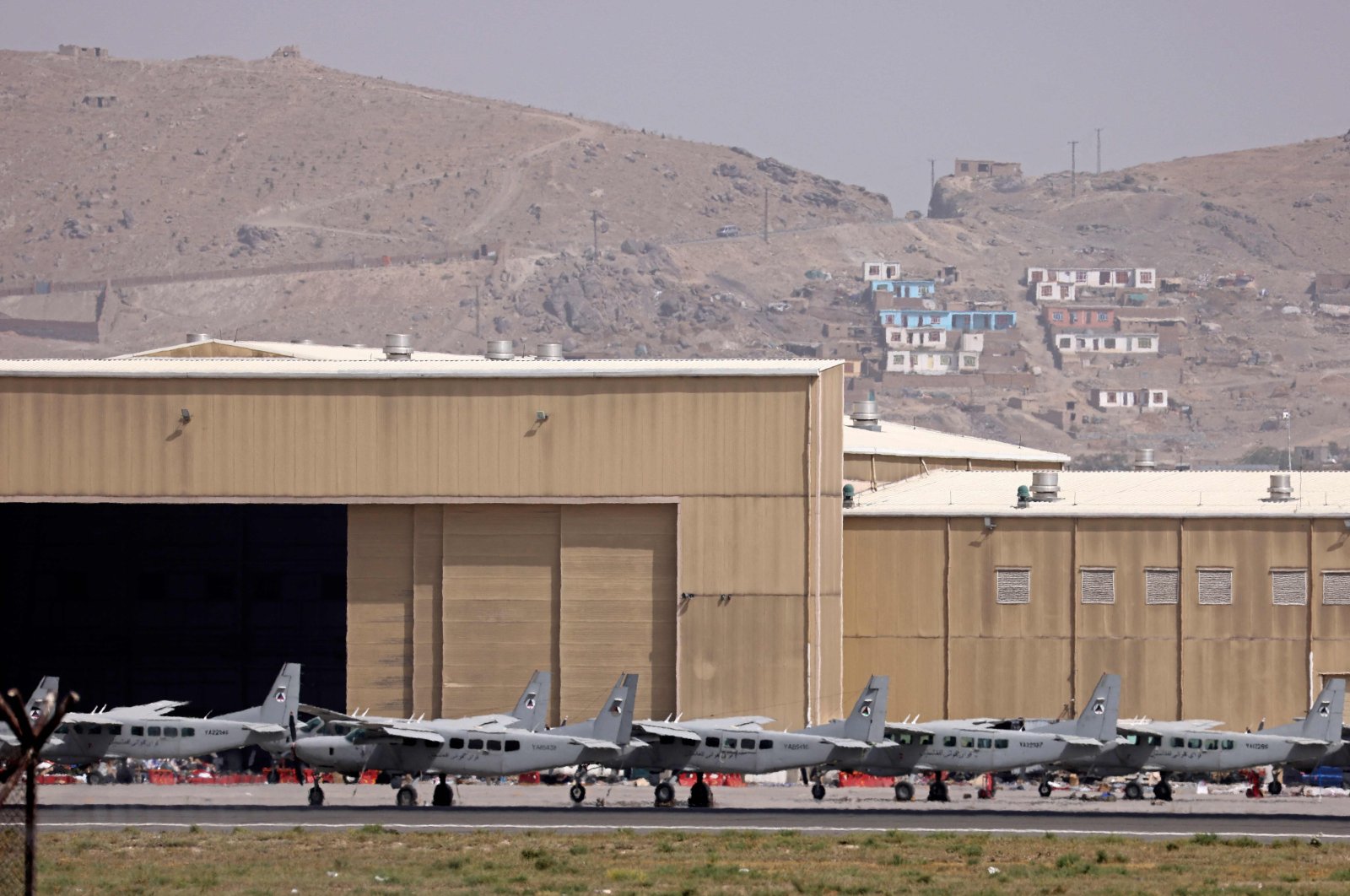 Pilots trained by the United States in Afghanistan that have been held in a camp in Uzbekistan for about a month started leaving the country Sunday, despite the Taliban's demands for them to return, according to one of the pilots.

The first group is at least initially heading to the United Arab Emirates, the pilot said, speaking on condition of anonymity. The transfer was expected to take place in several waves, starting on Sunday and ending in the next day or so.

Reuters was first to report that the pilots have started departing Uzbekistan. The U.S. State Department and Uzbekistan's mission to the United Nations in New York did not immediately respond to a request for comment.

Reuters previously disclosed tension at the Uzbek camp, with the pilots fearing being sent back to Afghanistan and killed by the Taliban. The Taliban have said they will not carry out reprisals after taking control of the country in August.

It was not immediately clear what would happen to the 46 aircraft, including A-29 light attack planes and UH-60 Black Hawk helicopters, that the pilots flew to neighboring Uzbekistan as ground forces collapsed and the Taliban swept to power.

Current and former U.S. officials have told Reuters that the Taliban pressured Uzbekistan to hand over the aircraft and personnel.

John Herbst, a former U.S. ambassador to Uzbekistan, applauded the American evacuation effort, saying the U.S. owed it to the Afghan pilots.

"I hope we have plans underway to make sure the aircraft they got out gets back to the U.S. and certainly does not return to the Taliban," he said.

The Taliban did not respond to a request for comment on the Uzbek situation. The group seized aircraft including helicopters and drones as Afghan forces melted away last month, and it has called for the return for the aircraft flown out of the country before its fighters seized power in Kabul.

Afghanistan's new rulers have said they will invite former military personnel to join the country's revamped security forces and that they will come to no harm.

That offer rings hollow to Afghan pilots who spoke with Reuters. Even before the Taliban takeover, the U.S.-trained, English-speaking pilots had become their prime targets. Taliban fighters tracked them down and assassinated some pilots.

At the Uzbek camp, near the city of Termez, pilots had described feeling like prisoners, with highly restricted movement, and insufficient food and medicine.

Hopes began to lift about a week ago when U.S. officials arrived to carry out biometric screening of the Afghans – many of whom fled with just the clothes on their back.