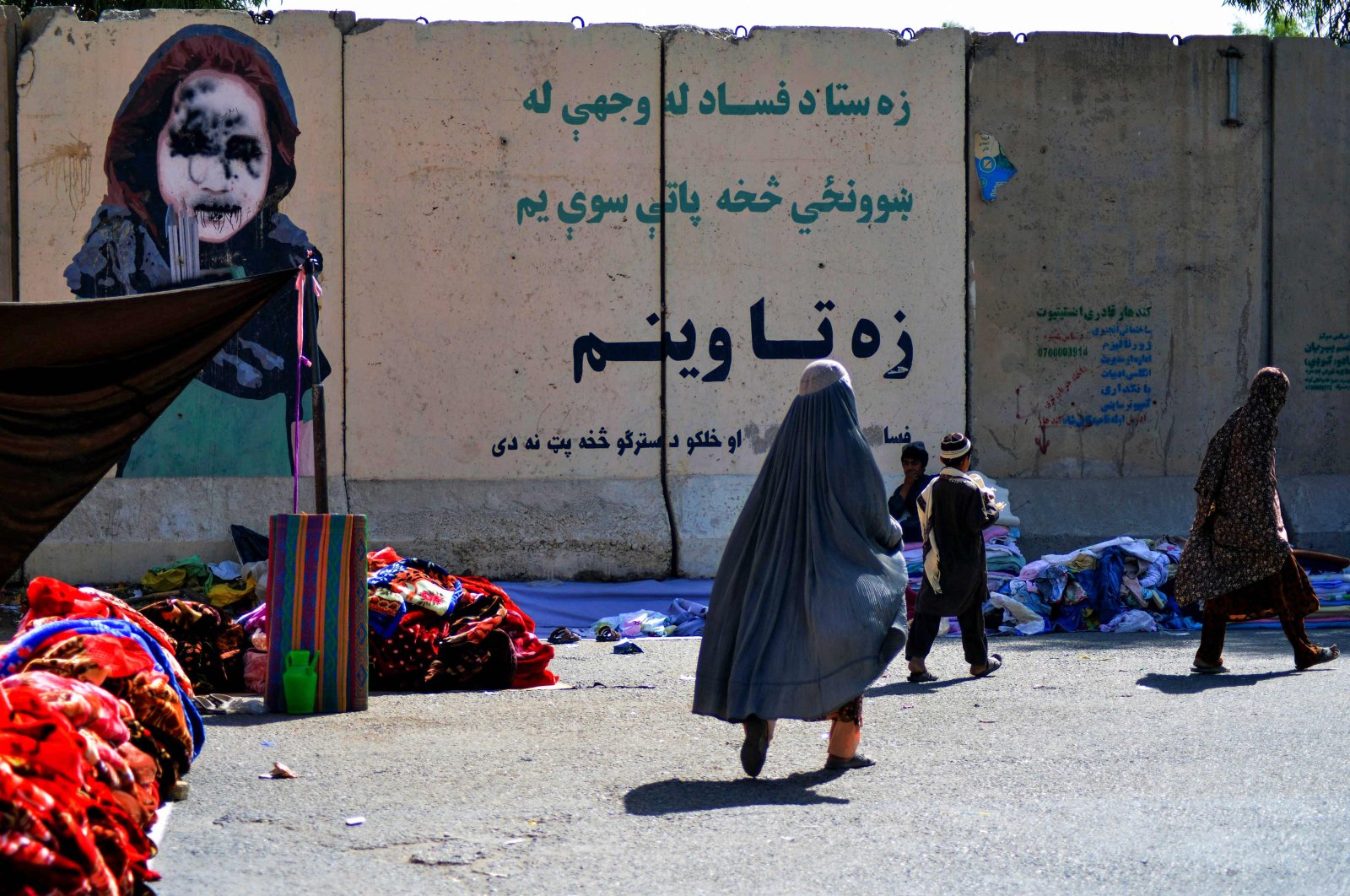 "I was very concerned that the world would think that those clothing worn by those women in Kabul was traditional Afghan clothing, and I don't want our heritage and culture to be misrepresented," said Jalali, who lives in Glenwood, Maryland, about an hour's drive from Washington.

Jalali, 46, created the social media hashtags #DoNotTouchMyClothes and #AfghanistanCulture, which quickly became popular, with women posting photos of themselves wearing colorful, embroidered Afghan clothing and smiling for the camera.

"We wear a loose chiffon headscarf that reveals the hair. And anybody who's familiar with Afghanistan history, culture, knows that the clothing worn by those women have never been seen before in Afghanistan," she said, referring to demonstrators at the pro-Taliban protest at a university lecture in Kabul earlier this month.

About 300 women – covered head-to-toe in all black in accordance with strict new dress policies for women in education under the Taliban – waved Taliban flags, as speakers railed against the West and expressed support for the hardline group.

Women's rights in Afghanistan were sharply curtailed under the Taliban's 1996-2001 stint in control, but since returning to power last month, they have claimed they will implement a less extreme rule.

Women will be allowed to attend university, as long as classes are segregated by sex or at least divided by a curtain, and women must wear an abaya robe and niqab, which cover the whole body and face, save for a slit for the eyes.

Jalali moved to the United States when she was 7. She remembers Afghanistan under secular rule, with some women wearing short skirts and sleeveless dresses on the streets of Kabul, while others choosing to wear headscarves.

"My students were very passionate about gender equality, male and female students," she recalled. "So I really can't imagine how this new generation of Afghanistan that has never witnessed Taliban rule, that has grown up in a free and open society, is going to be able to adjust to this dark period that Afghanistan has now entered."