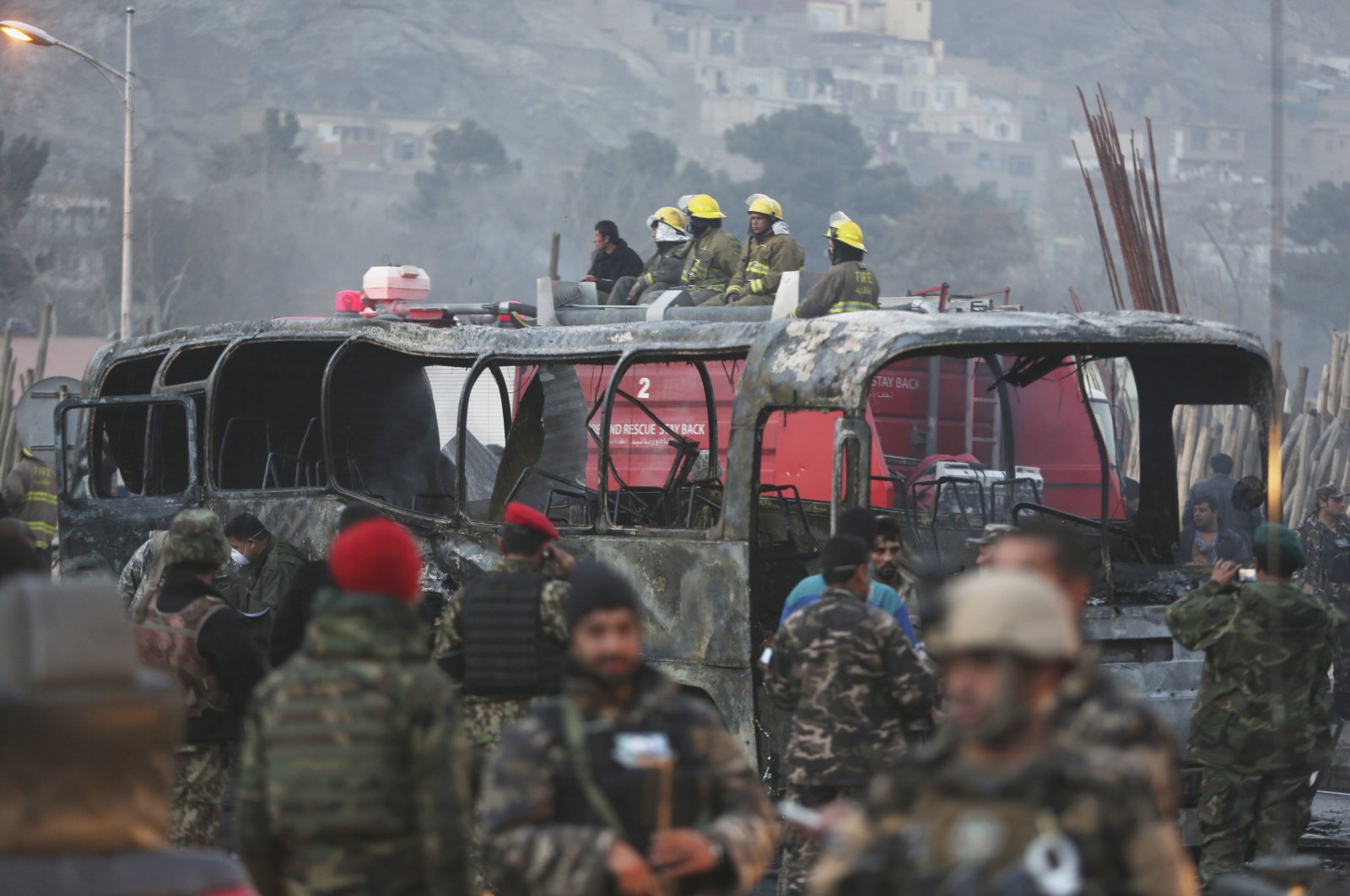 Afghan security personnel inspect a damaged bus at the site of a suicide attack by the Taliban in Kabul, Afghanistan, Dec. 13, 2014. (AP Photo)
by ASSOCIATED PRESS Sep 02, 2020 11:25 am
RECOMMENDED

The fresh releases are from a group of 400 "hardcore" Taliban prisoners, the fate of which has stalled peace negotiations between the government and insurgent group to end nearly two decades of war in Afghanistan.

This group of prisoners was released from the main jail in the capital Kabul on Monday evening and Tuesday at the same time six Afghan special forces members held by the Taliban were freed, the officials said.

"We want to finish the prisoner swap so we could start the peace process as soon as possible," said a senior government official, who declined to be named because of the sensitivity of the issue.

A source close to the process said the prisoner swap could be finished by today.

The 400 are the remainder of 5,000 Taliban prisoners set for release from Afghan jails as part of a pact in February between the U.S. and the Taliban allowing for the withdrawal of U.S. troops. Their release was a condition for talks between the government and the insurgent group to start.

The Afghan government was reluctant to release any of the 400, which it says have been involved in some of the worst crimes including major attacks such as the 2017 truck bombing near the Germany Embassy in Kabul, until the Taliban released 24 Afghan special forces members and pilots first.

Keeping the prisoners went against the wishes of a Loya jirga that gathered in Kabul last month. The Loya jirga is a traditional assembly of thousands of Afghan elders and community leaders that meets to decide political issues.

The government responded by releasing about 80 of the 400 prisoners last month. A government official said the others were kept because the Taliban dismissed calls from the Loya jirga for a cease-fire.

The exchange this week occurred as Taliban violence and clashes with Afghan troops have increased in recent days.

Thousands of Afghan security forces and civilians have been killed since the February peace deal between the U.S. and the Taliban, according to data released by the United Nations and the government.