Almost 25,000 to be freed under Myanmar prisoner amnesty 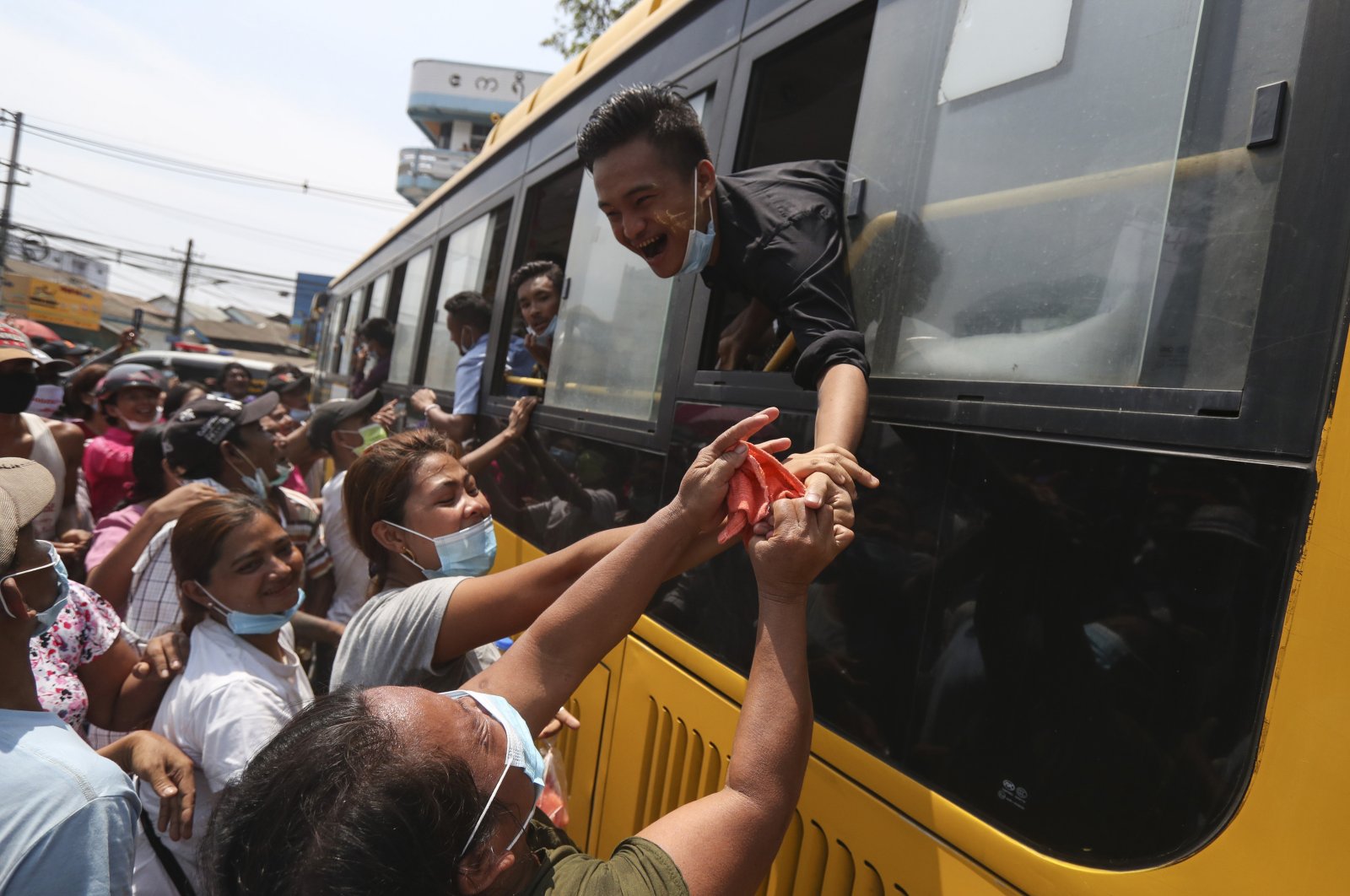 A prisoner reaches out from a bus to shake hands with family members after being released from the Insein prison during a presidential pardon in Yangon, Myanmar, Friday, April 17, 2020. (AP Photo)
by Associated Press
Apr 17, 2020 12:13 pm

Myanmar announced Friday that it was releasing almost 25,000 prisoners under a presidential amnesty marking this week's traditional New Year celebration.

The release for the Thingyan holiday was announced in a statement from President Win Myint's office. Mass amnesties on the holiday are not unusual, though the number this year was the highest in recent memory.

The president’s statement did not say if the release was related to calls to free them because of the hazard of contracting COVID-19 in the close quarters of prison.

The New York-based group Human Rights Watch earlier this month said Myanmar should reduce its prison population immediately to curb the spread of COVID-19. London-based Amnesty International last week called on the authorities to immediately and unconditionally release all political prisoners, whom it charges are victims of injustice.

Prisoner releases are normally staggered over a period of days. Some 87 foreigners were among those set for release, though their details were not announced.

Riots broke out at several prisons in the wake of last year’s holiday amnesty. Force was used against convicts protesting that pardons were granted unfairly, favoring prominent people over ordinary prisoners convicted of the same crimes.

Myanmar has reported 85 confirmed cases of the new coronavirus, including four deaths.