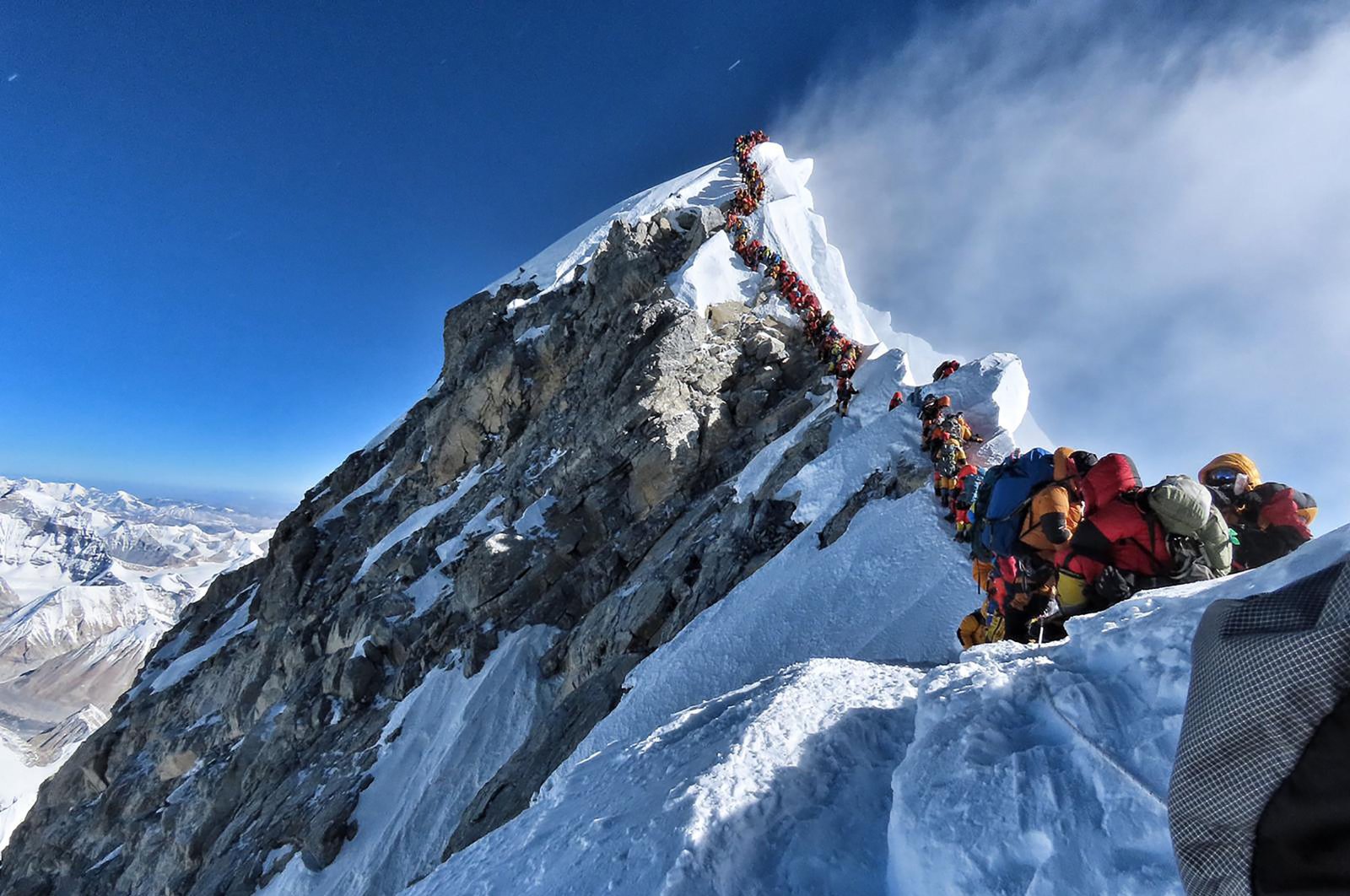 This handout photo taken on May 22, 2019 and released by climber Nirmal Purja's Project Possible expedition shows heavy traffic of mountain climbers lining up to stand at the summit of Mount Everest. (AFP Photo/Project Possible)
by Daily Sabah with DPA Mar 15, 2020 9:41 am
RECOMMENDED

Murat Can Kaya and Muhammed Emin Özyazıcı took refuge in a village and contacted Turkey’s embassy in New Delhi on Saturday. The Turkish Foreign Ministry immediately initiated a rescue mission after the call, reports said.

The climbers said they sought refuge in Gorakshep village in Nepal and voiced their request for an urgent descent, as they caught “altitude sickness.”

“We were climbing to the main camp of Mount Everest. We caught altitude sickness and returned to the last village Gorakshep.” He said they experienced headaches, nausea and vertigo and opted to ask for help as their insurance policy doesn’t cover a rescue with a helicopter.

“We want to return to our country as soon as possible. We are not in a life-threatening situation,” Özyazıcı said.

The duo left Istanbul on March 5 to Kathmandu and started their climb on March 8. Deputy Foreign Minister Yavuz Selim Kıran said they contacted all relevant units for the rescue of the Turkish citizens.

Nepal has officially canceled all expedition permits for Everest during the spring climbing season because of the coronavirus outbreak, a Tourism Ministry spokesman said Friday.

The natural landmark joins countless other world-renowned tourist sites, from the Louvre in Paris and the Met in New York, to be closed in an effort to slow the spread of the potentially deadly virus.

Nepalese officials, who met at a high-level meeting chaired by Deputy Prime Minister Ishwar Pokharel on Thursday, also decided to revoke visas on arrival for all foreigners from March 14 to April 30, said spokesman Prakash Sharma Dhakal.

The announcement came after China called off expeditions on the Chinese side of the mountain.

The spring climbing season runs from April until the end of May. Some 664 climbers reached the top of the 8,848-meter peak in last year's climbing season.

About 5,000 people have successfully topped Everest, which straddles the border between Nepal and China.

Nepal last week called off a major advertising campaign to reenergize its tourism industry amid calls from businesses for government support to help deal with lost revenue due to the coronavirus outbreak.

Tourism is one of Nepal's major foreign currency earners.

Globally there have been more than 125,000 confirmed cases of the virus as of Thursday morning, according to the World Health Organization.