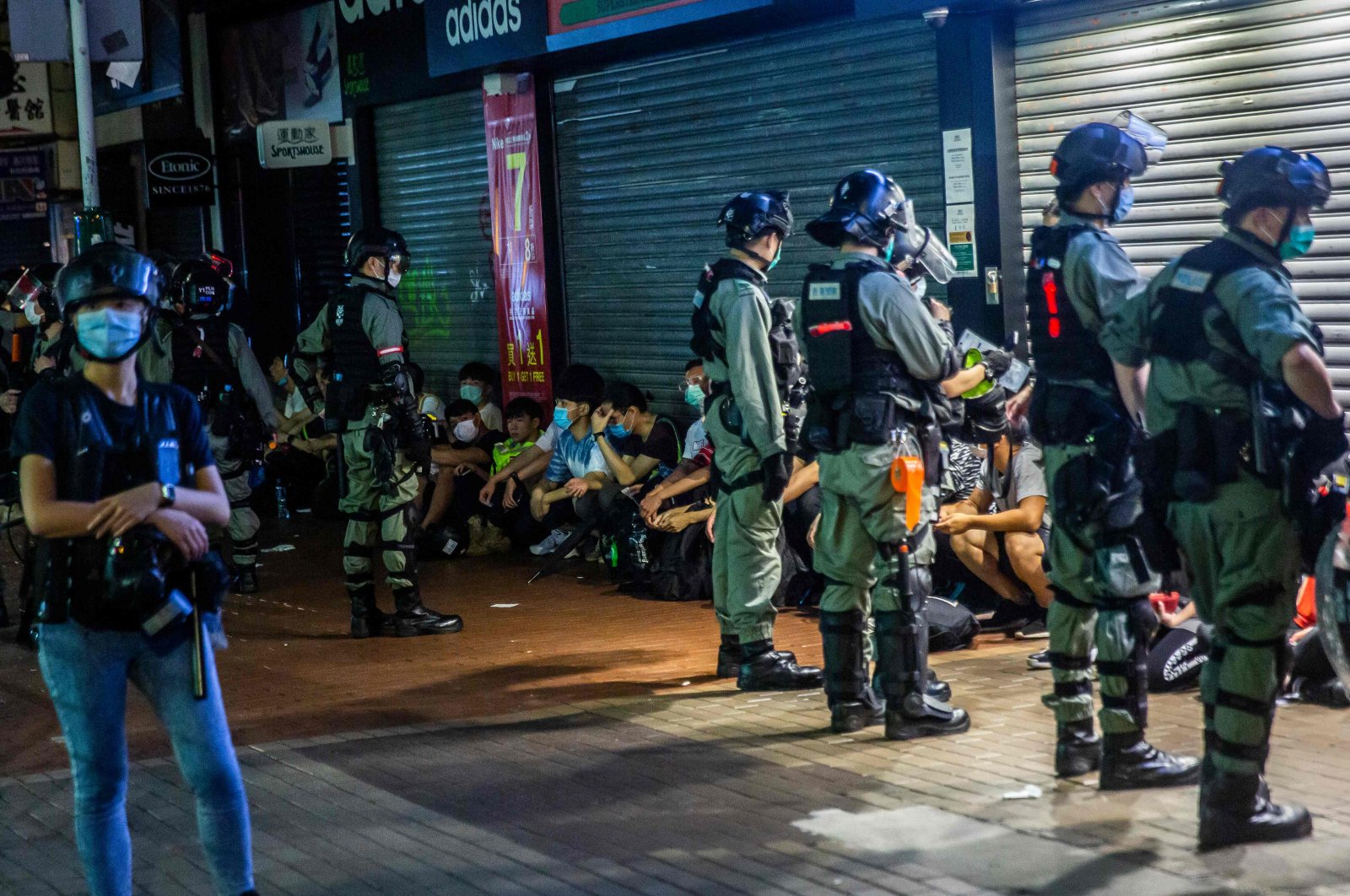 More than 200 people were arrested during anti-government protests in Hong Kong on Sunday night, police said, as authorities seek to prevent a revival of last year's massive demonstrations, including through the application of anti-social gathering regulations intended to contain the coronavirus outbreak.

Around 230 people between the ages of 12 and 65 were arrested on a range of charges, including unlawful assembly, “possessing anything with intent to destroy or damage property" and failure to produce proof of identity, police said in a statement.

The outbreak of coronavirus and strict rules to curb its spread had brought a relative lull in anti-government protests this year, but the recent arrest of activists and renewed concern about Beijing's tightening grip on the city have revived the movement.

Police in riot gear told protesters they were staging an illegal assembly and violating anti-virus measures that bar gatherings of more than eight people.

Video footage showed Kwong apparently being pushed to the ground and then surrounded by officers. He was later taken to hospital after he said he was feeling unwell.

The financial hub is gearing up for protests over the next few months, with activists calling for 2 million people to gather for an annual march on July 1 that marks the anniversary of its handover from British to Chinese rule in 1997.