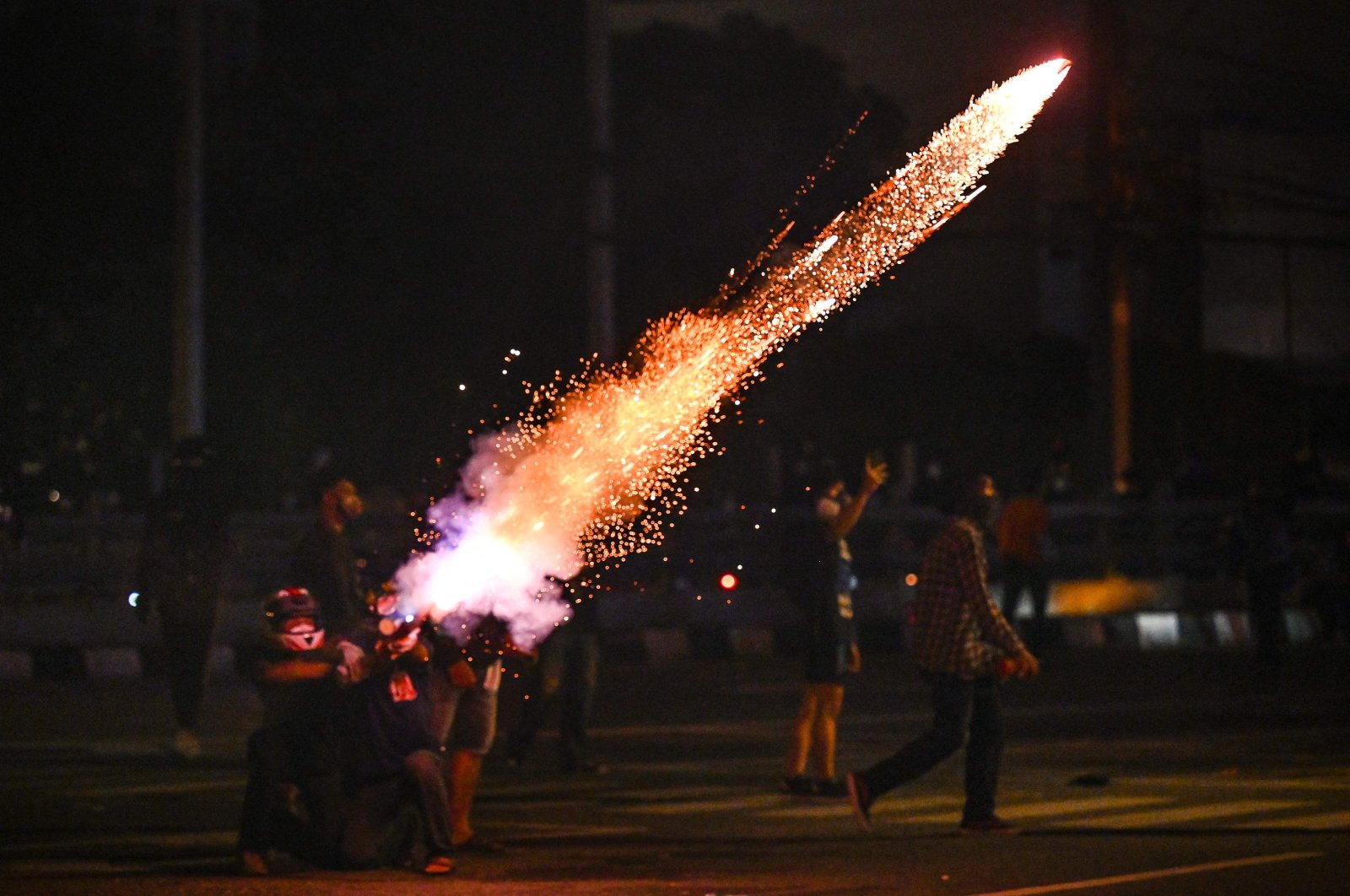 Protesters set off fireworks as they take part in a demonstration in Bangkok on Aug. 15, 2021, calling for the resignation of Thailand's Prime Minister Prayut Chan-Ocha over the government's handling of the COVID-19 crisis. (AFP Photo)
by ASSOCIATED PRESS Aug 15, 2021 4:44 pm
RECOMMENDED

More than 100 anti-government protestors marched on an army base Sunday and were hit with tear gas and sprayed by water cannons by the Thai riot police in the capital Bangkok, where Prime Minister Prayuth Chan-Ocha has his residence.

Sunday marked the fourth time in the past seven days that protestors and police have fought in the Din Daeng area of the city.

Demonstrators are calling for Prayuth’s resignation over his perceived bungling of the government’s coronavirus vaccination program. Thailand has seen infection rates surge in the past few weeks while vaccination rates remain low.

But the protests are also part of a wider push for sweeping political change that includes the resignation of the government, a new constitution and – most contentious of all – fundamental reform of the powerful but opaque monarchy.

Elsewhere, Sunday saw thousands of protestors gather in vehicles and on motorbikes for a mobile anti-government rally.

They met in three locations to hear speeches before slowly driving around the city. By staying in vehicles they hoped to minimize participants’ potential exposure to COVID-19.

One of the main organizers, veteran activist Nattawut Saikua, appealed to those taking part to keep it peaceful, saying violence would alienate many potential supporters.