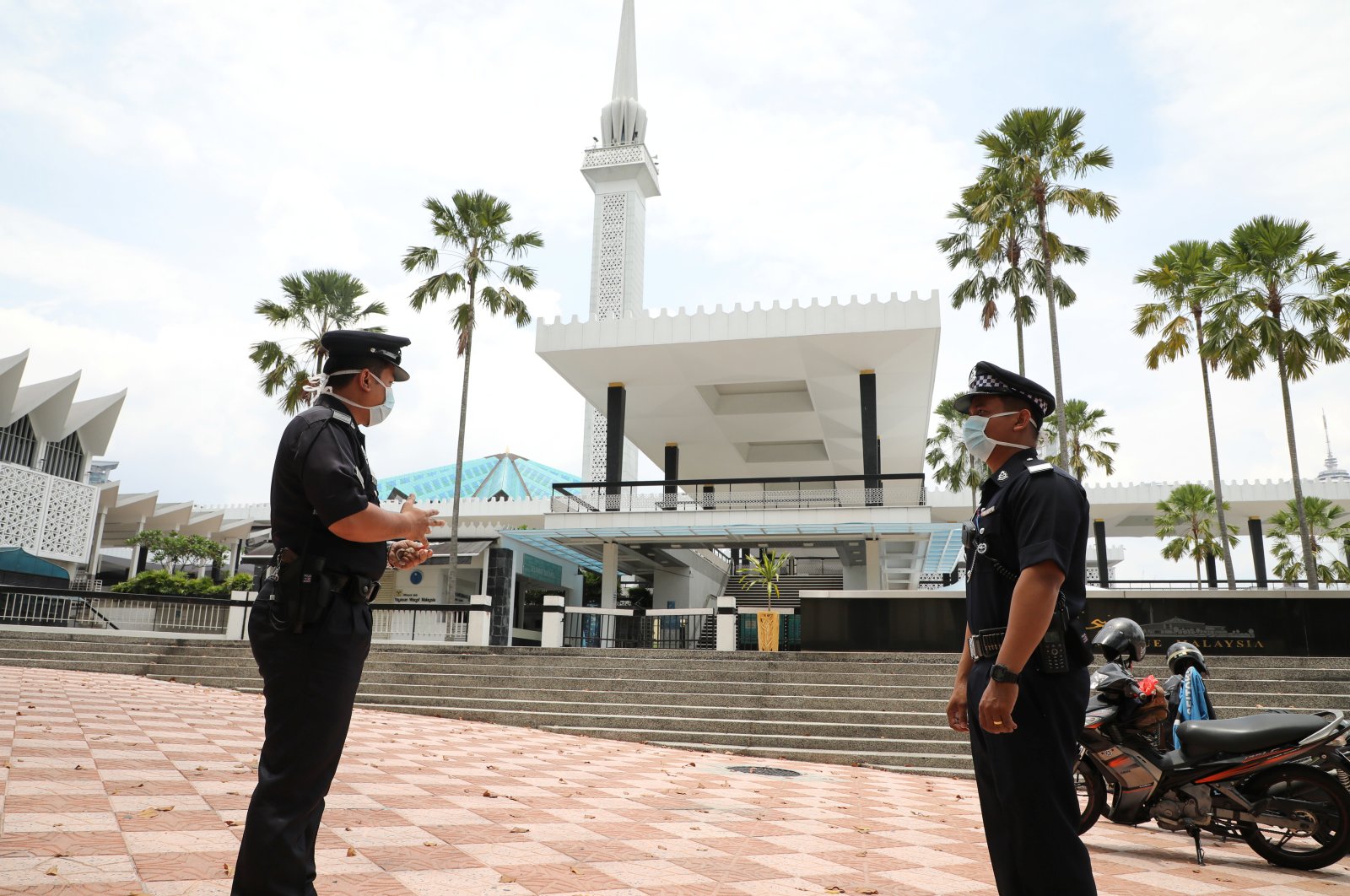 Police officers wearing protective masks stand guard outside National Mosque, after all, mosques in the country suspended Friday prayers during the movement control order due to the spread of the coronavirus disease (COVID-19), in Kuala Lumpur, Malaysia, March 20, 2020. (Reuters Photo)
by Compiled from Wire Services Mar 20, 2020 10:44 am
RECOMMENDED

Malaysia's military will assist police in patrolling a lockdown imposed by the government in response to a recent surge in novel coronavirus cases.

The Defence Ministry said Friday that "the army will help police monitor the situation to ensure that the people obey the movement control order."

Police had originally been tasked with enforcing the restrictions, but Defence Minister Ismail Sabri Yaakob said the army would be brought in from Sunday.

"We are confident that with the army's help, stricter enforcement can be carried out," he told a press conference.

"There are still many who don't care about the orders from the government."

On Monday, Prime Minister Muhyiddin Yassin announced that from March 18-31, Malaysians would not be allowed to leave the country and only foreigners working in "essential services" could enter.

Most businesses have closed, except for grocery shops and pharmacies, and the government warned people against venturing outdoors unless buying essential goods.

However, police chiefs complained during the week that people were moving around despite Muhyiddin urging to "just stay indoors."

Defence Minister Ismail Sabri Yaakob said at a Friday press conference that "with the army's assistance, the movement control would be better enforced."

Malaysia's number of confirmed coronavirus cases reached 900 on Thursday, the fourth-highest in Asia. Numbers increased five-fold over the past week, prompting the Health Ministry to warn that a "tsunami" of new cases could ensue if the lockdown does not work.

Most of the new cases have been linked to an Islamic ceremony held in Kuala Lumpur's outskirts in late February attended by around 15,000 people, including 1,500 from abroad.

Ismail said that around 4,000 people who attended the event but had not come forward for testing for COVID-19, the respiratory disease caused by the new coronavirus, would be tracked down by police.

Globally, the death toll from the virus has risen to almost 10,000 with more than 232,000 cases in 158 countries and territories, according to an AFP tally.