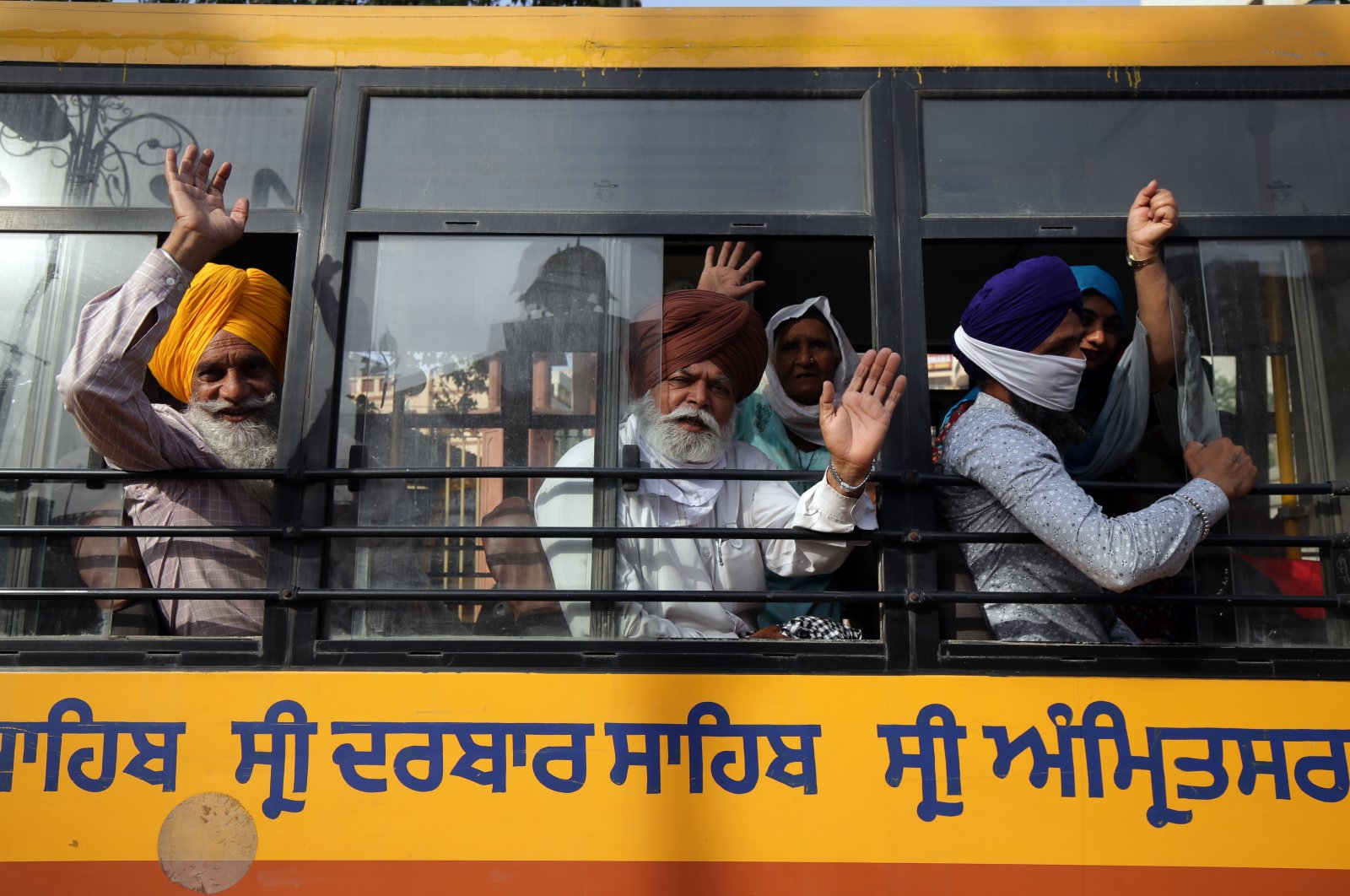 Sikh devotees wave from inside a bus as they leave for the border to cross into Pakistan to take part in the Baisakhi festival religious festivities, in Amritsar, India, 12 April, 2021. (EPA Photo)
by Anadolu Agency Apr 12, 2021 5:15 pm
RECOMMENDED

The pilgrims entered northeastern Lahore city through the Wagah border crossing, where they were welcomed by Pakistani officials and local Sikh community leaders, according to a statement from the Evacuee Trust Property Board, a state-run body that administers the minority's worship sites.

The 10-day celebrations will last until April 22 in Hasan Abdal town of the northeastern Punjab province.

Under the framework of the Pakistan-India Protocol on Visits to Religious Shrines of 1974, a large number of pilgrims from India visit Pakistan to observe various religious festivals and occasions each year.

Pakistan's Punjab is home to five of the most important Sikh pilgrimage sites, including Baba Guru Nanak's birthplace in Nankana Saheb district, where he was born in 1469, and Gurdwara (monastery) Panja Sahib in the city of Hasan Abdal, where Guru Nanak's handprint is stamped on a boulder at the monastery.

The two sites are visited by thousands of Sikhs from neighboring India, Europe and the United States every year.