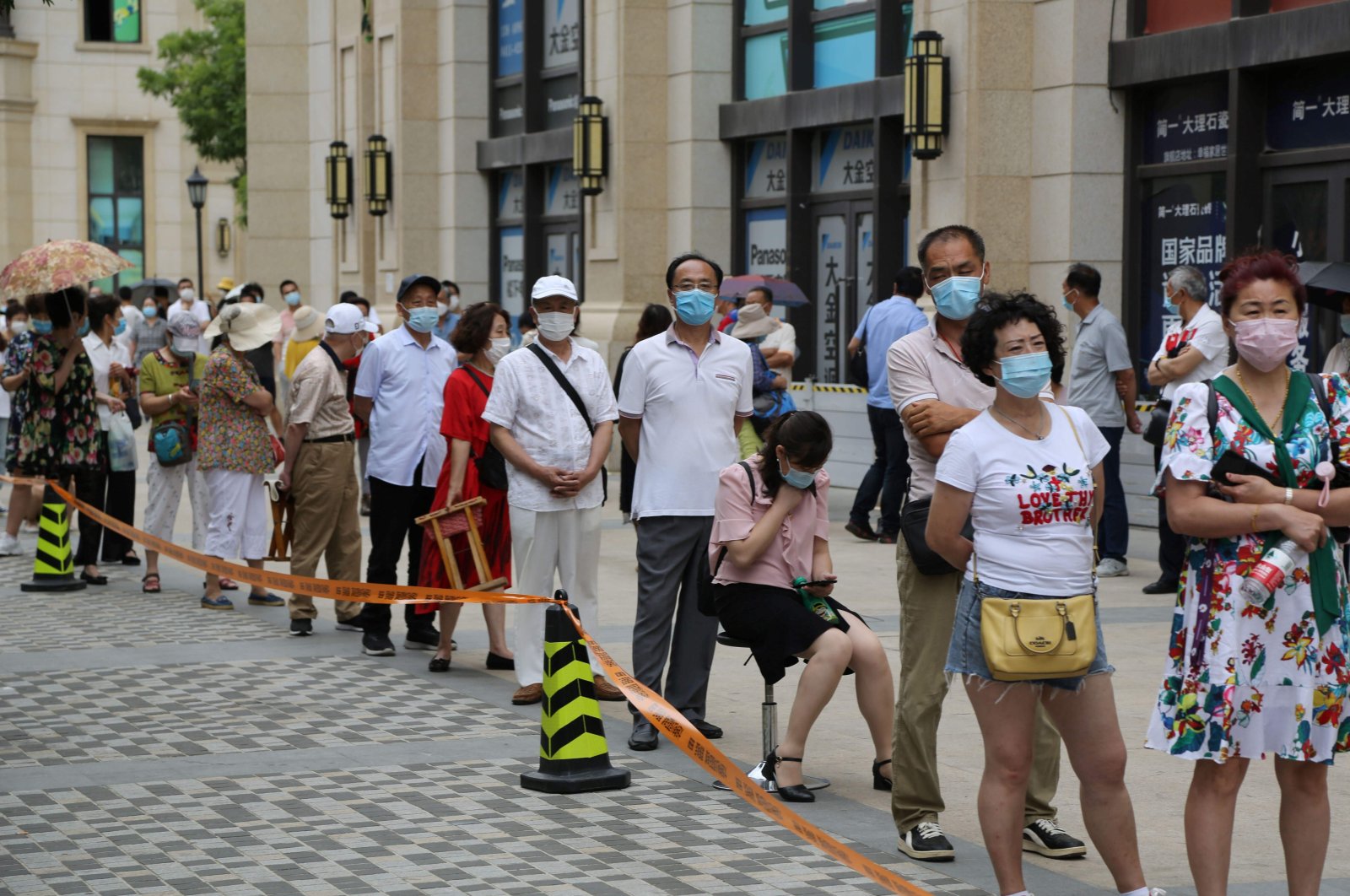 Countries around Asia are clamping down again to try to contain a second wave of coronavirus infections, while the number of cases around the globe soars past 16 million

Much of Asia is back on high alert after a worrying swell of second-wave infections hit Asian countries, while other regions are still battling their first waves after failing to get the virus under control.

Mainland China is battling the most aggressive return of COVID-19 in months, confirming 57 new locally transmitted cases on Sunday, the highest level since early March, driven by fresh infections in the far western region of Xinjiang. The second-wave surge was propelled by clusters in separate regions, and authorities have declared "wartime mode" lockdown measures to combat the spread of the deadly contagion. A second program of mass testing was launched Sunday in the city of 3.5 million people to check residents who had previously tested negative, with 2.3 million people screened so far. Chinese authorities have also rolled out mass testing for hundreds of thousands in the northeast port city of Dalian where a fresh cluster broke out last week.

Australia on Sunday suffered its deadliest day since the pandemic began, with 10 fatalities and a rise in new infections despite an intense lockdown effort. And on Monday, the country recorded its highest number of daily cases of at least 549, more than Wednesday's high of 501 with some states still to report their numbers.

Elsewhere in Southeast Asia, Malaysia is expected to announce new measures to contain the outbreak as authorities struggle to contain more than a dozen new clusters that have appeared since curbs were lifted last month. Vietnam and Laos have confirmed their first coronavirus cases after almost three months, local media reported Monday. According to Hanoi-based English-language daily newspaper Vietnam News, both countries have reported their new infections on Friday after remaining virus free since April.

Worldwide the confirmed case count has passed 16 million, although experts believe that figure is vastly short of the true number. The global death toll from the coronavirus is nearing 650,000, according to a running tally by U.S.-based Johns Hopkins University on Monday. Data showed the death toll stands at 648,966, while the number of cases stood at 16,264,048, and a total of 9,407,977 patients won their battle against COVID-19. While the U.S., the only country to cross the 4 million threshold of infections with an excess of 4.23 million cases and nearly 147,000 deaths, continues to be the worst hit by the virus, the new epicenter Brazil has over 2.4 million cases and more than 87,004 fatalities.

The U.S. on Sunday recorded 55,187 new coronavirus cases in 24 hours, Johns Hopkins University reported in its real-time tally. After a drop in the infection rate in the late spring, the U.S. has seen a recent surge in COVID-19 cases, particularly in southern and western states such as California, Texas, Alabama and Florida. Florida on Sunday became the second state after California to overtake New York, the worst-hit state at the start of the U.S. outbreak.

The last time the daily number of new cases clocked in below 60,000 was almost two weeks ago, on July 13. Scientists agree that an increase in death rates follows the spike in infections by three to four weeks. Total COVID-19 cases in the Sunshine State rose by 9,300 to 423,855 on Sunday, just one place behind California, which now leads the country with 448,497 cases. New York is in third place with 415,827 cases. Still, New York has recorded the most deaths of any U.S. state at more than 32,000, with Florida in eighth place with nearly 6,000 deaths.

On the other side of the Atlantic, Spain, where more than 28,400 have lost their lives, also witnessed a recent surge in cases with nearly 1,000 recorded on both Thursday and Friday, although the government insisted the country was safe to visit and was not experiencing a second wave. "Like other European countries, Spain has new outbreaks," Foreign Minister Arancha Gonzalez Laya told reporters Sunday, adding, "It's not unusual."