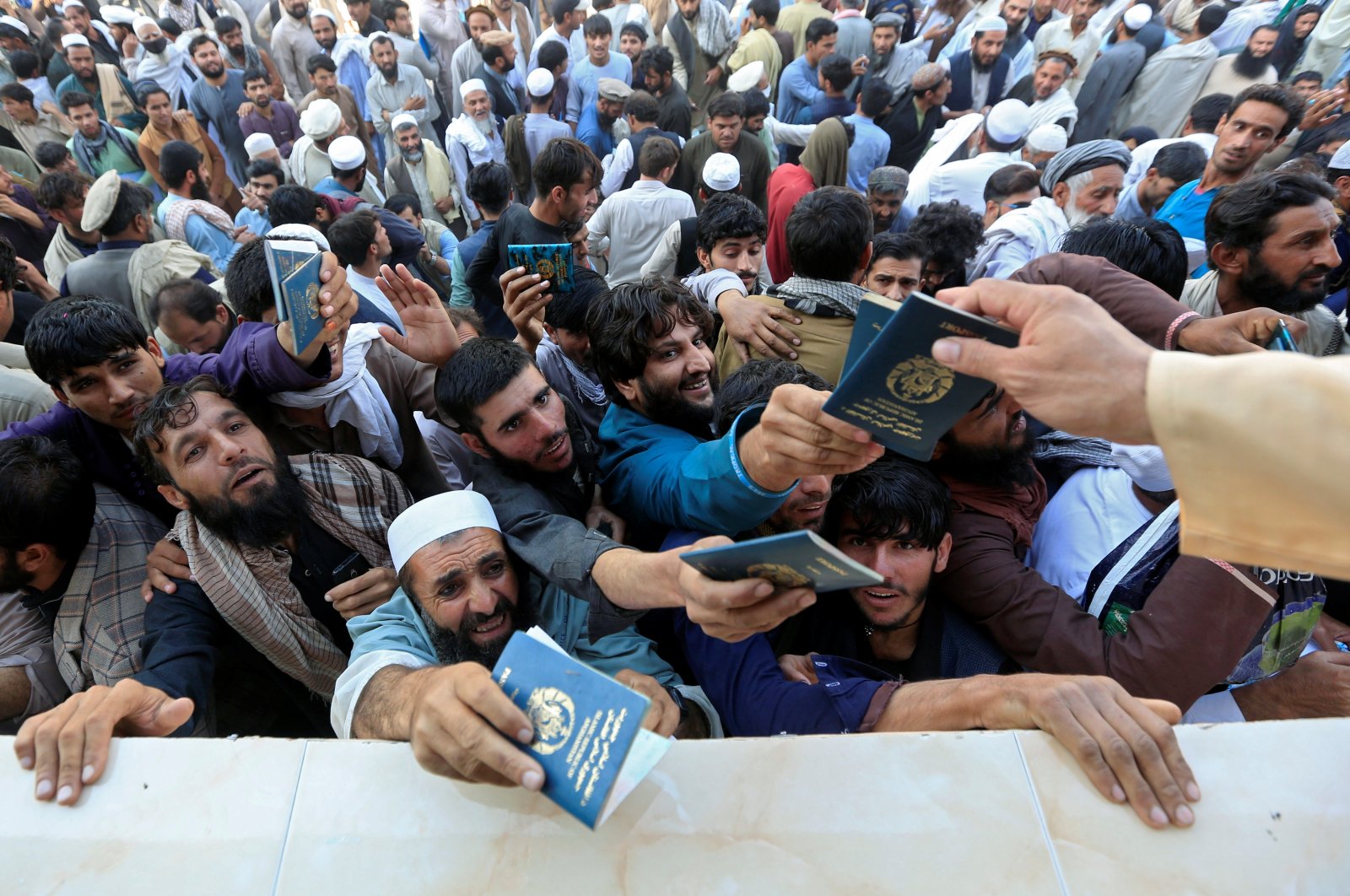 At least 11 women were trampled to death when a stampede broke out Wednesday among thousands of Afghans waiting in a soccer stadium to get visas to leave the country, officials said.

Governor Attaullah Khogyani said another 13 people, mostly women, were injured at the stadium in the eastern Nangarhar province, where they were trying to get visas to enter neighboring Pakistan.

He said most of those who died were elderly people from across Afghanistan.

In a separate incident, at least 34 Afghan police were killed in an ambush by Taliban militants in northern Afghanistan, officials said. It was the deadliest attack since the Taliban and the Afghan government began holding long-delayed peace talks last month, part of a process launched under a deal signed between the United States and the insurgents in February.

The talks are seen as the country's best chance for peace after decades of war.

Rahim Danish, the director of the main hospital in the northern Takhar province, confirmed receiving 34 bodies and said another eight security forces were wounded.

An Afghan security official said the forces were in a convoy that was ambushed. The official, who was not authorized to brief the media on the event and so spoke on the condition of anonymity, said several police Humvees were set ablaze. Jawad Hijri, a spokesperson for the provincial government, said the deputy police chief was among those killed.

There was no immediate comment or claim of responsibility from the Taliban, who control the area where the attack occurred. The Pakistani Consulate in Nangarhar was closed for almost eight months due to the coronavirus pandemic.

Anticipating a large crowd, officials decided to use the stadium and assigned 320 staffers to help manage the process, Khogyani said.

The Pakistani Embassy in Kabul said it has issued more than 19,000 visas in the past week alone after Islamabad approved a friendlier visa policy and reopened the border in September following months of closure.

Millions of Afghans have fled to Pakistan to escape war and economic hardship, while thousands travel back and forth for work and business, or to receive health care.