At least 116 die as floods, landslides devastate India and Nepal 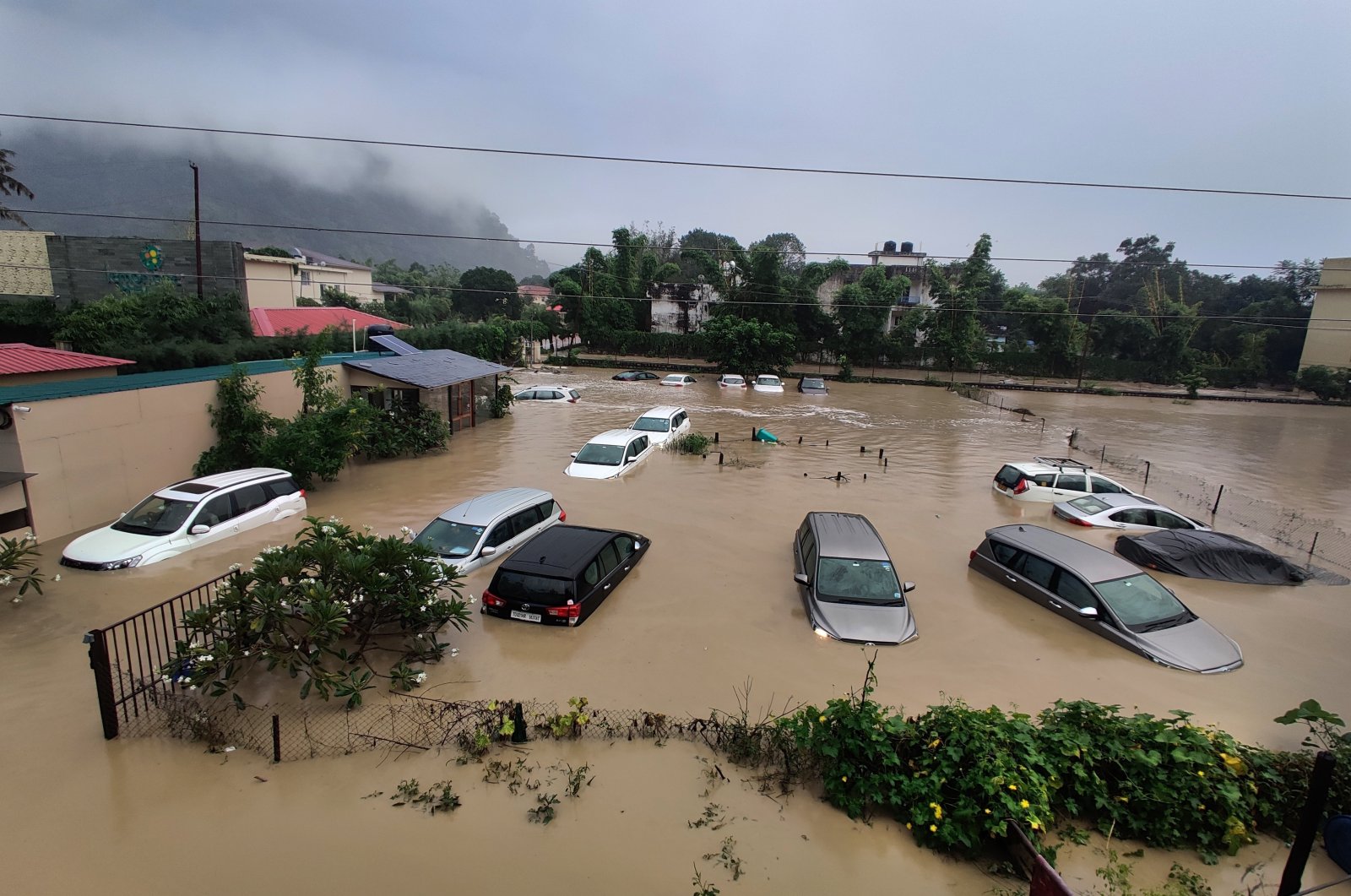 Submerged cars are seen at a flooded hotel resort as extreme rainfall caused the Kosi River to overflow at the Jim Corbett National Park in Uttarakhand, India, Oct. 19, 2021. (AP Photo)
by Agencies Oct 20, 2021 8:37 am
RECOMMENDED

In Uttarakhand in northern India, officials said that 46 people had died in recent days with 11 missing. In Kerala in the south, chief minister Pinarayi Vijayan said that the death toll had hit 39 there.

At least 30 of those in Uttarakhand were killed in seven separate incidents in the Nainital region early Tuesday, after cloudbursts – an ultra-intense deluge of rain – triggered a series of landslides and destroyed several structures.

"There is huge loss due to the floods ... the crops have been destroyed," Pushkar Singh Dhami told Reuters partner ANI after surveying the damage late on Tuesday. "The locals are facing a lot of problems, the roads are waterlogged, bridges have been washed away. So far 34 people have died and we are trying to normalize the situation as soon as possible."

Five of the dead were from a single family whose house was buried by a massive landslide, local official Pradeep Jain told Agency France-Presse (AFP). Indian Prime Minister Narendra Modi said in a tweet he was "anguished" by the loss of life.

The Himalayan state of Uttarakhand is especially prone to flooding. More than 200 were feared killed in February after flash floods swept away a hydroelectric dam.

Unseasonally heavy rains across India have led to deadly floods in several areas of the country in recent days. Authorities in the southern state of Kerala said on Monday more than 20 people had died there following landslides.

In Nepal, disasters management division official Humkala Pandey said: "In the last three days, there have been 31 deaths from floods and landslides triggered by heavy post-monsoon rainfalls across the country. 43 people are missing."

He added: "It's still raining in many places. We are still compiling data from the field. The death toll could go up further."