At least 12 killed in explosions at Kazakhstan arms depot 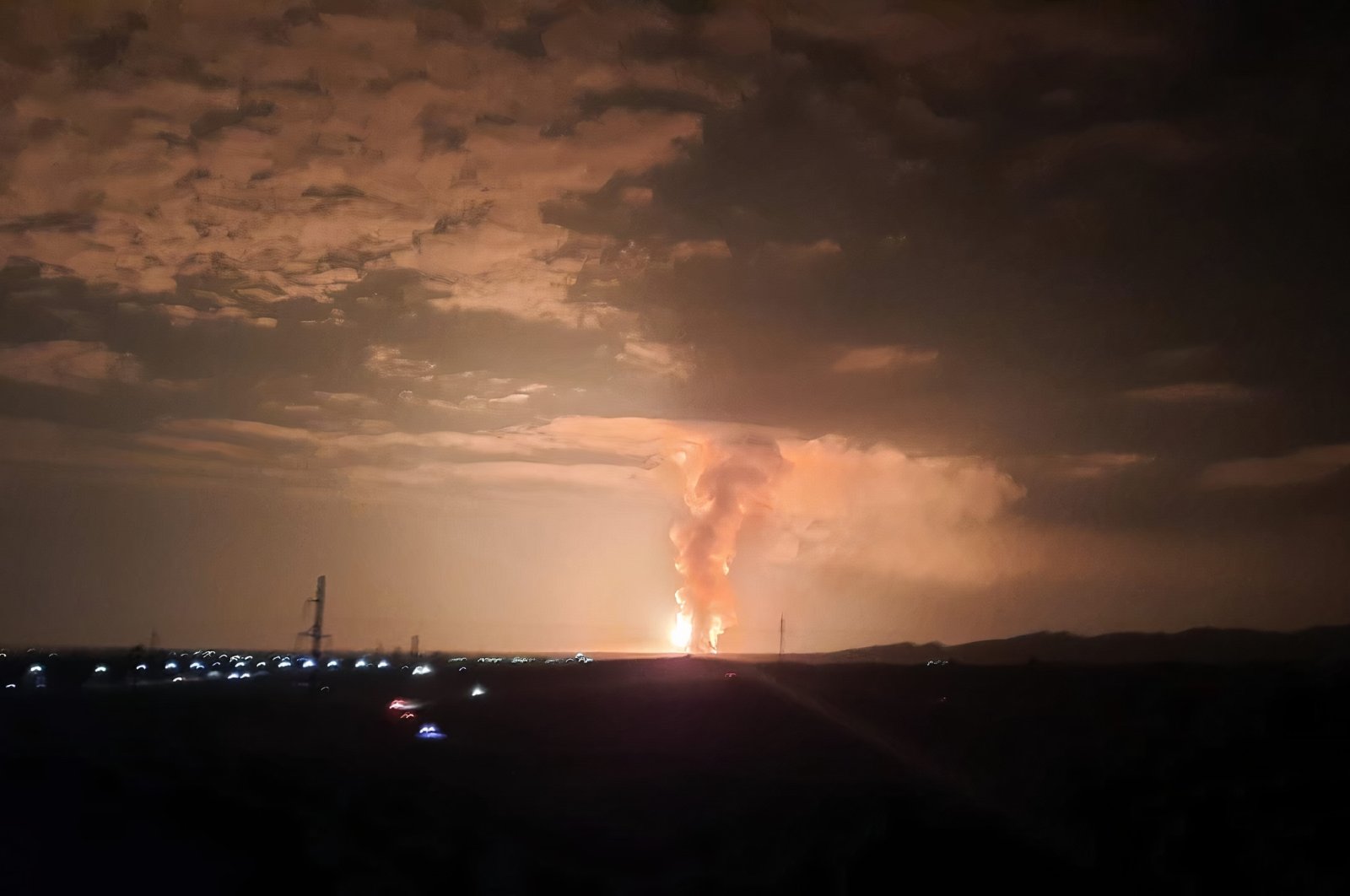 The death toll from multiple explosions at an arms depot in Kazakhstan has risen to 12, while a total of 90 people, most of them firefighters and rescue workers, were injured in the explosions, according to official sources on Friday.

Kazakstan's Ministry of Emergency Situations earlier said in a statement that rescue workers and military staff were among the victims of the blasts that tore through a Defense Ministry ammunition depot in the southern region of Jambyl on Thursday.

The blasts began Thursday at a Defense Ministry ammunition depot in the southern region of Jambyl, leaving scores injured and nearby villages evacuated by authorities.

A video shared on the Telegram messaging app showed a column of smoke billowing from a fire before a powerful explosion sent flames shooting out. Another video showed debris flying through the sky in long arcs as the fire raged.

The Defense Ministry said that a fire had broken out at the Jambyl ammunitions depot and "quickly spread to storage facilities where engineering ammunition is stored."

"The explosions stopped over time, but the fire continues," the statement added.

The deceased include a paramilitary guard as well as personnel from the Emergency Situations Ministry, a military unit and a military prosecutor's office, according to Zakon, a local news website.

"People from nearest villages of the blast site have been evacuated to safer places," the Defense Ministry official said.

Regular incidents at Kazakhstan's Soviet-era military depots have proved a headache for the government in recent years, with another depot near the southern town of Arys seeing three lethal explosions take place in the last decade.

The Defense Ministry noted that some of the munitions stored at the Soviet-era depot in Jambyl had been transferred from the facility in Arys, where there have been calls to resettle the town's entire population of 45,000.

The emergencies ministry said that the scattering radius of the fragments was up to 2 kilometers (1.25 miles).

"According to preliminary data, more than 500 tons of trinitrotoluene (TNT) were stored in the warehouse," the ministry said.

The Defense Ministry said that two of the men who died were part of a fire brigade at the base who were attempting to put out the blaze, while a third was guarding the depot at the time of the explosions.

Defense Minister Nurlan Ermekbayev said Friday that he would leave his post over the incident if President Kassym-Jomart Tokayev accepted his resignation.

The Jambyl regional government said that of more than 80 who received treatment for injuries, 28 remained in hospital with six in serious condition.

But "their lives are not in danger," the statement said.

On Thursday, Tokayev had said on Twitter that the injured were soldiers and emergency services workers.

Local authorities said more than 80 children were among those evacuated from nearby villages following the incident. Around 1,200 people were taken to schools in Taraz, a city of over 300,000 people, which is about 30 kilometers (19 miles) from the facility.

A government commission has been set up to establish the cause of the fire, while Ermekbayev said arson was being considered as a potential trigger for the blaze.