At least 24 killed in Afghanistan prison raid by Daesh 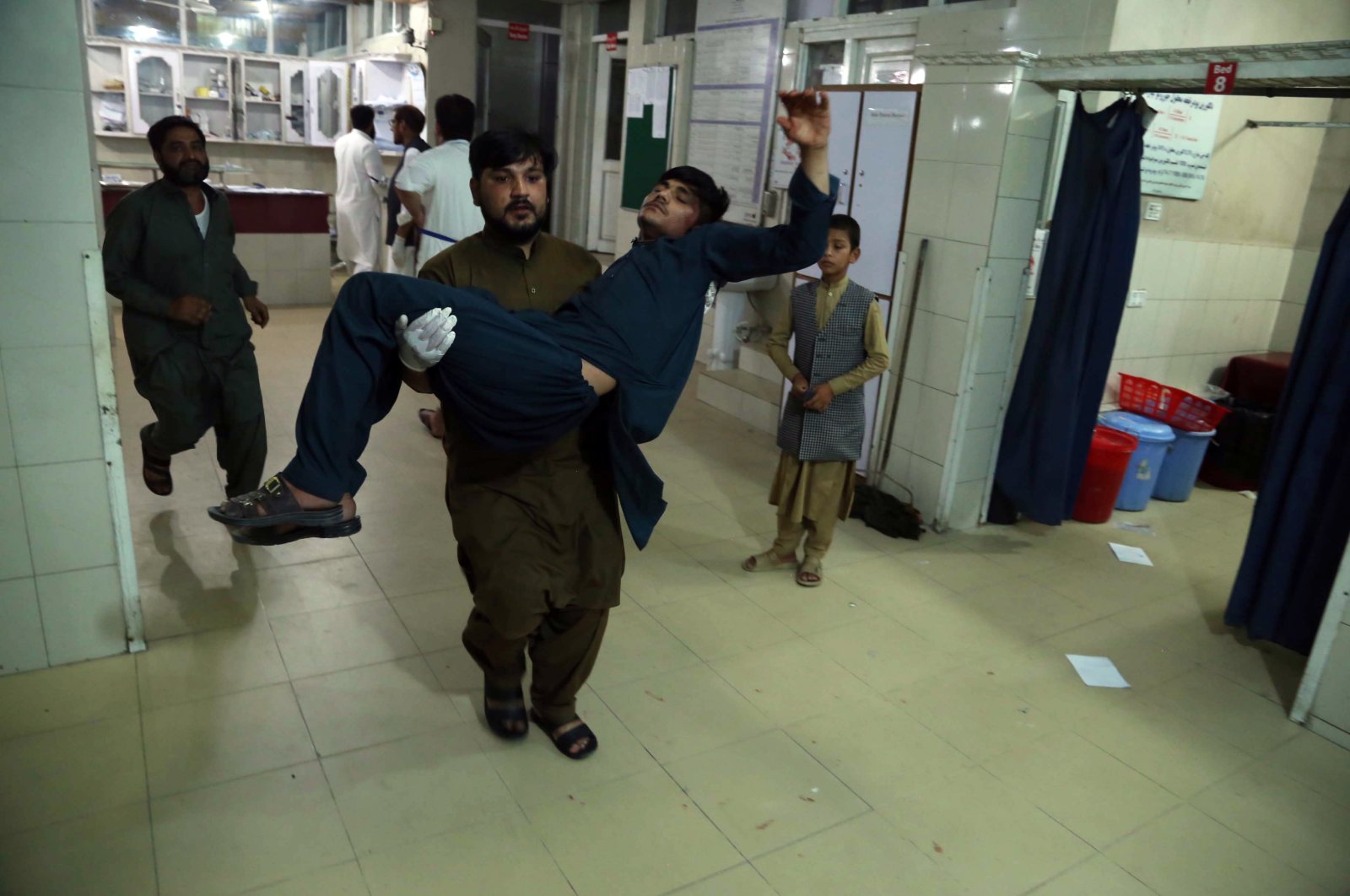 An Afghan man who was injured when militants attacked a central prison is transferred to a hospital in Jalalabad, Afghanistan, Aug. 2, 2020. (EPA Photo)
by Agencies Aug 02, 2020 8:54 pm
RECOMMENDED

A gun battle between the Daesh terrorist group and Afghan security forces raged at a prison in the eastern city of Jalalabad on Monday, with at least 24 people killed after the militants' overnight assault led to a mass jailbreak.

The attack began on Sunday evening with car bomb detonated at the entrance to the prison, and there were numerous other blasts heard as the Daesh gunmen opened fire on security guards.

At the time of Sunday's attack, the prison held more than 1,700 inmates, mostly Daesh or Taliban militants, a security source told AFP. About 700 who escaped have been recaptured, he said.

The raid shattered the relative calm of a cease-fire between the Taliban and Afghan government forces that started Friday and ended Sunday.

The raid came a day after the country's intelligence agency announced the killing of a top commander of Daesh near Jalalabad. Assadullah Orakzai was involved in several deadly attacks against Afghan security forces, the national director of security said Saturday.

Afghanistan's eastern province of Nangarhar has seen some deadly Daesh attacks this year including a May 12 suicide bomb that killed 32 mourners at a funeral for a police commander.

The Daesh attacks continue despite government officials claiming last year that the group's Afghan branch had been completely defeated in Nangarhar. Some local officials have, however, cautioned that elements of the group remained. The province provided Daesh with its first foothold in the country in 2015.