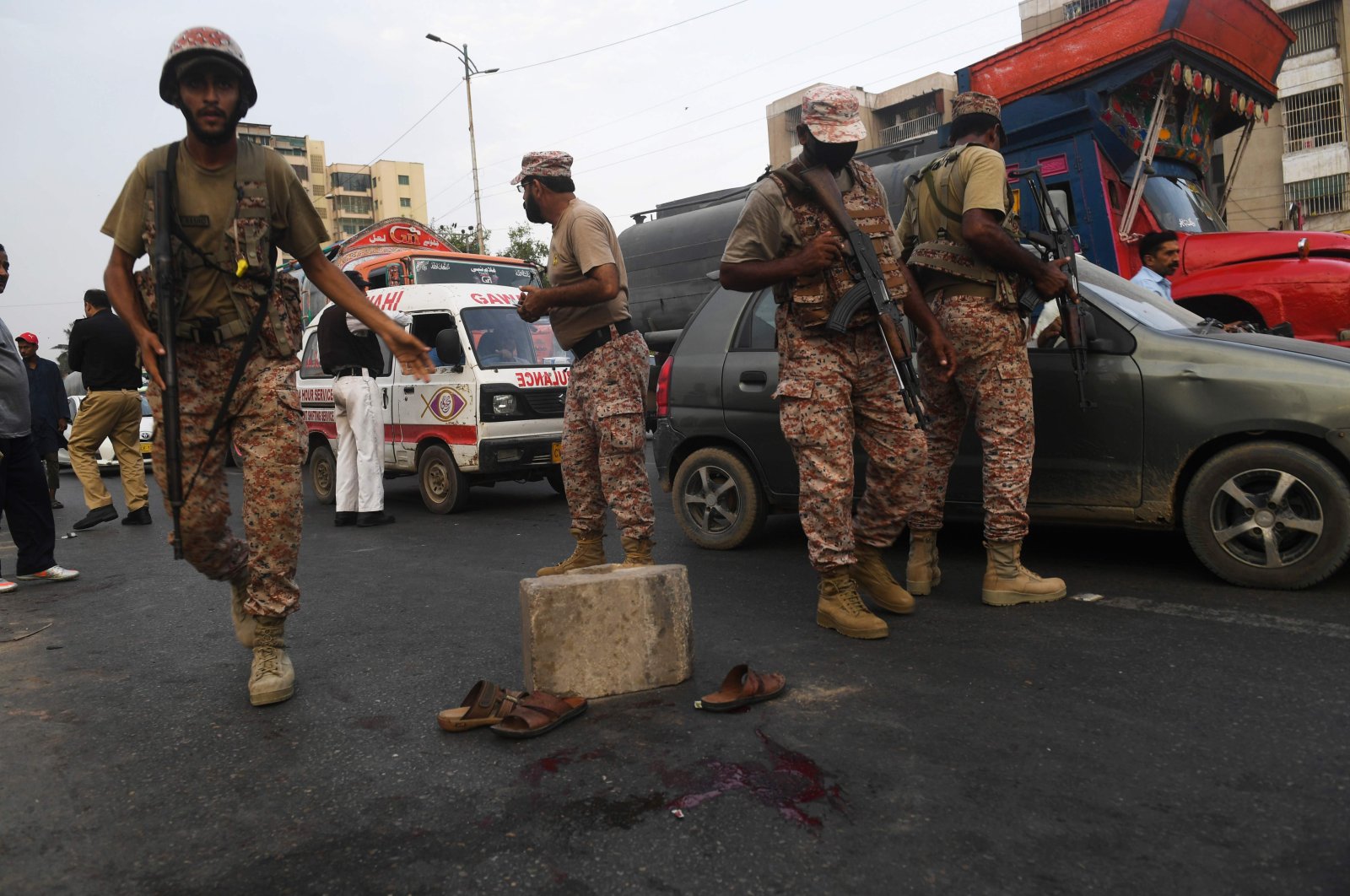 Paramilitary soldiers cordon off a the after an unidentified man threw a cracker during a rally, Karachi, Aug. 5, 2020. (AFP Photo)
by REUTERS Aug 05, 2020 9:20 pm
RECOMMENDED

At least 30 people were injured in a grenade attack on a rally in Karachi on Wednesday, as Pakistan marked the first anniversary of India's revocation of Kashmir's semi-autonomy.

The wounded were rushed to different hospitals, where one was in a critical condition, an official from the provincial health department said.

The attack was claimed by Sindhudesh Revolutionary Army (SRA), a separatist outfit that has become active in the past months.

In June, four people were killed including two soldiers in three consecutive explosions claimed by the SRA.

The group wants Sindh province, of which Karachi is the capital, to break from the Pakistani federation. It has also announced its alliance with the Balochistan Liberation Army, a militant group fighting for greater autonomy for the Balochistan region in southwestern Pakistan.

The attack took place as similar rallies were held across the country. The Karachi rally, organized by Jamaat-e-Islami, a religious right party, was called off after the attack.

The government said the change was necessary to develop the revolt-torn region and integrate it with the rest of India, but it infuriated many Kashmiris as well as neighboring Pakistan.

Kashmir is claimed in full by India and Pakistan, which have gone to war twice over it, and both rule parts of it. Indian authorities deployed troops and curbed public movement on Wednesday to stop potential protests in Kashmir.