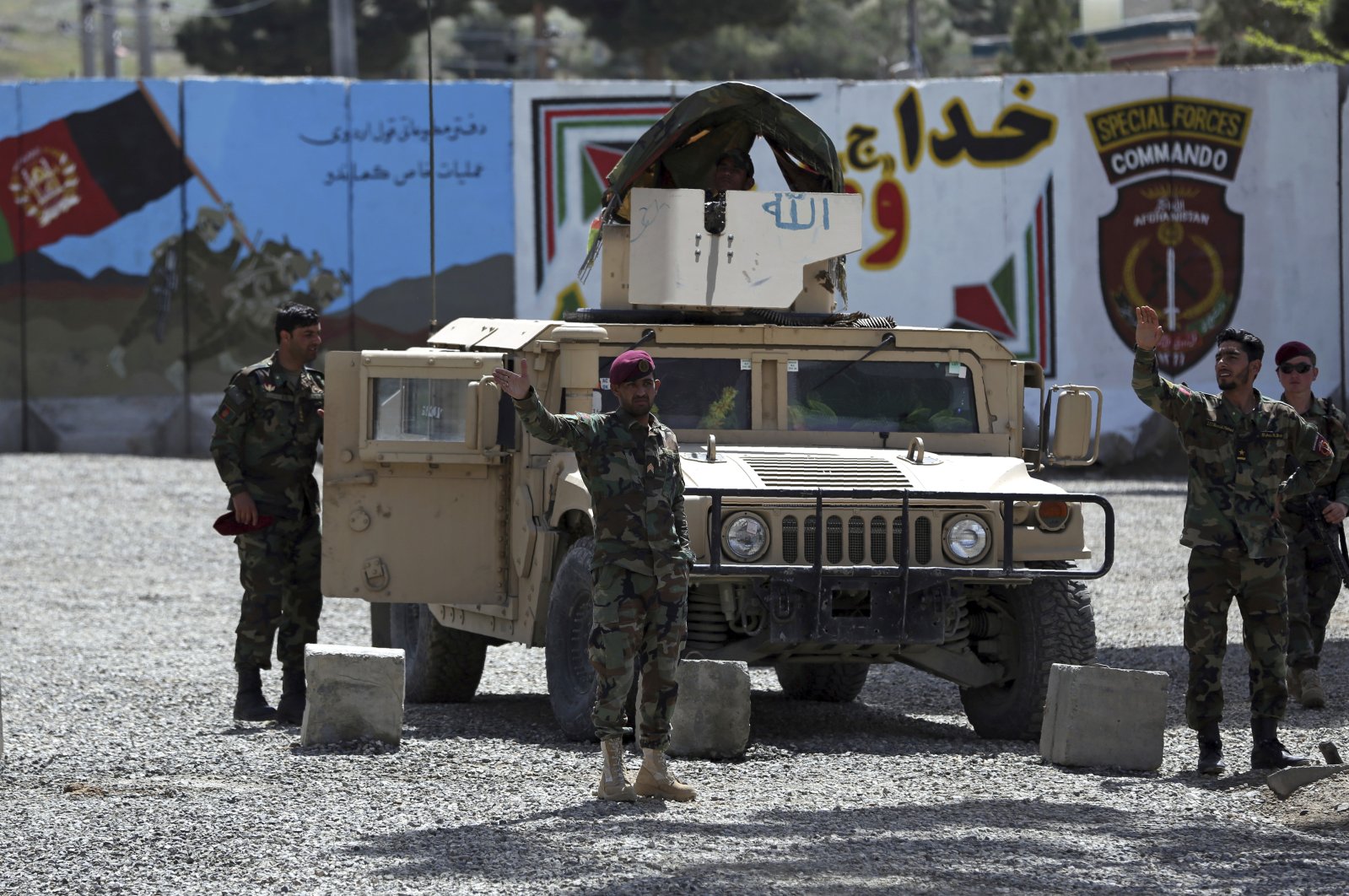 Afghan special forces stand guard near the site of a suicide bomber attack on the outskirts of Kabul, Afghanistan, Wednesday, April 29, 2020. (AP Photo)
by compiled from agencies May 18, 2020 9:41 am
RECOMMENDED

A suicide bombing in Afghanistan's south-eastern province of Ghazni left at least seven dead and wounded a further 40 people Monday, according to the provincial governor's spokesman.

The interior ministry in Kabul and a health official in Ghazni also confirmed the car bomb. Nasir Ahmad Faqiri, the council chief for the province, confirmed the casualties.

The Taliban claimed responsibility for the attack, saying the incident left tens of the special forces of the National Directorate of Security – the Afghan intelligence agency – dead and wounded.

The bombing comes a day after President Ashraf Ghani and his rival Abdullah Abdullah signed a new power-sharing accord in Kabul, ending their bitter monthslong feud.

The agreement overcomes one of the hurdles to negotiations with the Taliban, which warned Monday that talks cannot open until a piecemeal prisoner swap is completed.

"That which is taking place in Kabul is only a repetition of the past failed experiences," Suhail Shaheen, a Taliban spokesman, said on Twitter in what was the group's first reaction to the Ghani-Abdullah deal.

"Afghan sides should focus on real and sincere solution to the issue... The prisoners' release process should be completed and the intra-Afghan negotiations should start."

On Thursday, the Taliban detonated a truck close to a military building in Gardiz city in southeastern Paktia province, leaving five dead and 20 injured, including military and civilians.

Last week, the Taliban attacked a military checkpoint in the Alishang district of eastern Laghman province that left dozens dead or wounded.