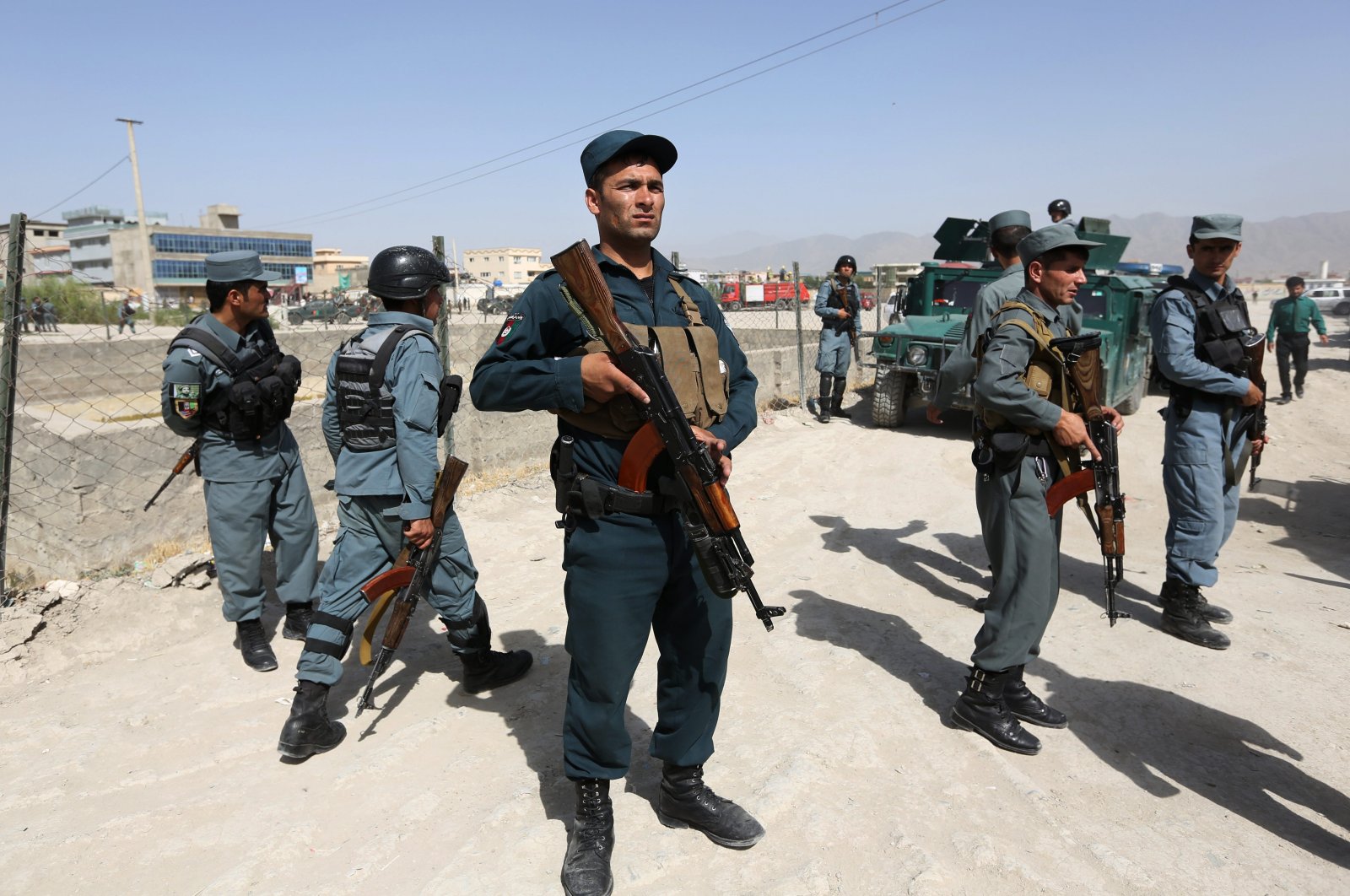 In this file photo, Afghan security forces inspect the site of a suicide attack after clashes with Taliban fighters at the gate of an intelligence facility in Kabul, Afghanistan, July 7, 2015. (AP Photo)
by ASSOCIATED PRESS Jul 20, 2020 7:29 pm

Another nine troops were wounded in the attack in Maidan Wardak province, while Taliban militants claimed responsibility for the attack amid a nationwide escalation of violence.

The Taliban have stepped up attacks across Afghanistan despite signing a peace deal with the U.S. in February. That agreement was intended to pave the way for talks between the insurgents and the Afghan government leading to an end to decades of war.

Those talks were supposed to begin this month, but the process has stalled over the implementation of a prisoner release.

The peace deal called for the Afghan government to free 5,000 Taliban prisoners in exchange for the Taliban releasing 1,000 captive government personnel. So far, the government has freed more than 4,200 and the Taliban have freed around 800.