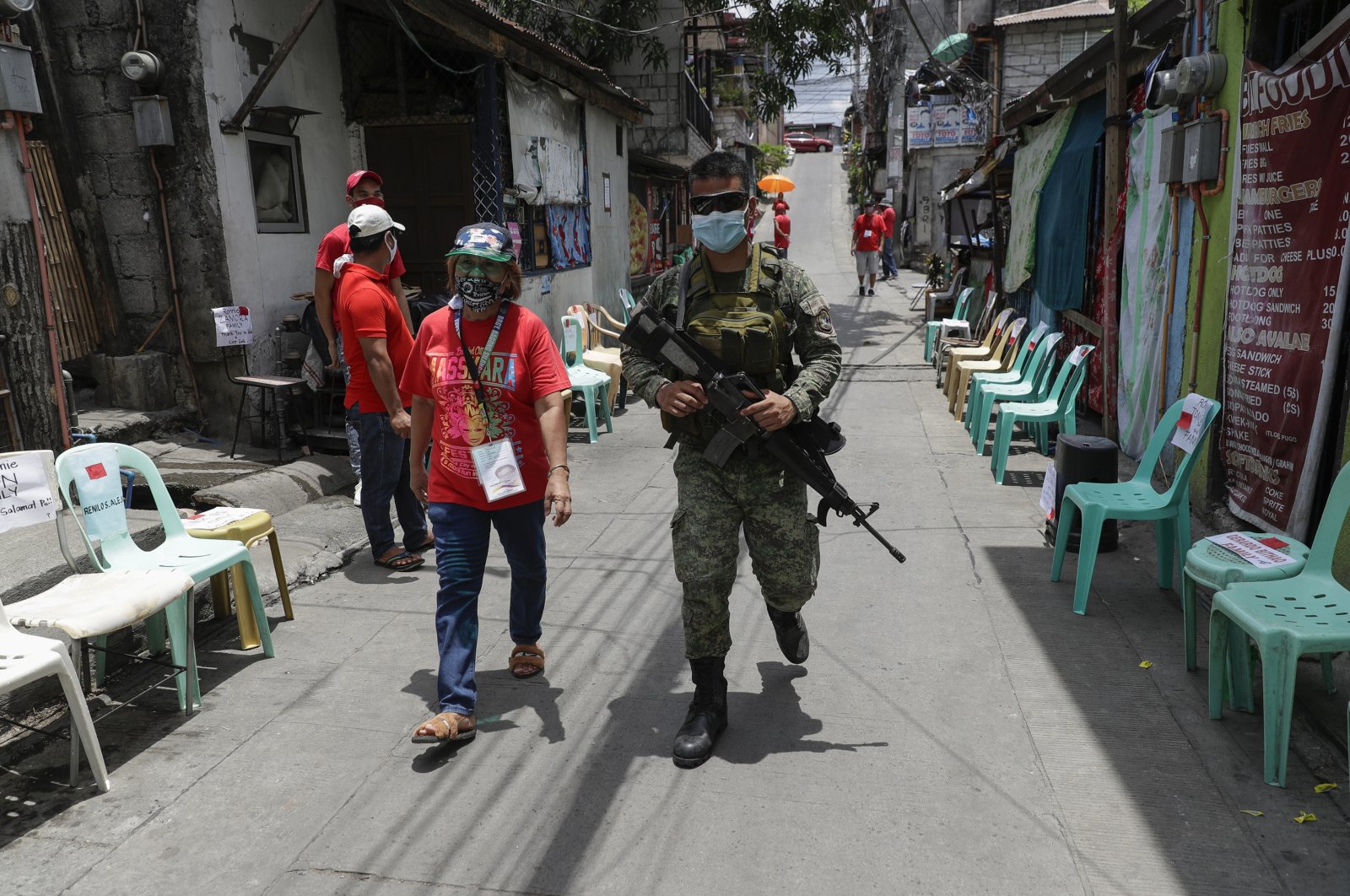 An army soldier walks with a volunteer as they wait for relief goods to be distributed and placed on chairs outside homes during a continuing enhanced community quarantine to prevent the spread of the coronavirus in Quezon City, Metro Manila, Philippines, May 4, 2020. (AP Photo)
by ASSOCIATED PRESS Aug 24, 2020 9:56 am
RECOMMENDED

Bombs exploded in the southern Philippines Monday, killing at least five soldiers and four civilians, wounding 16 other military personnel and civilians despite extra tight security because of threats from Abu Sayyaf militants.

Regional military spokesman Capt. Rex Payot and police said the blast damaged a food store, a computer shop and two army trucks at noon in the town of Jolo in Sulu province. An initial report said the first bomb was attached to a parked motorcycle.

A second blast was heard in the area shortly after but it was not immediately clear if it caused more casualties or damage in the downtown area, which has been cordoned off by troops and police.

Two military officers said five army soldiers had been killed in the initial blast but did not provide other details.

An initial picture seen by The Associated Press showed soldiers carrying a man from the scene of the explosion near an army truck. Another blast victim lay on the road.

There was no immediate claim of responsibility for the attack, but Abu Sayyaf militants have been blamed for most deadly bombings in Sulu and outlying provinces, where they have a presence.

The military has been waging a monthslong offensive against the Abu Sayyaf, a small but violent group aligned with Daesh and blacklisted by the United States and the Philippines for past bombings, ransom kidnappings and beheadings.

The number of its armed fighters have dwindled to a few hundred in recent years due to battle setbacks and surrenders, including a key commander, Abduljihad Susukan, who surrendered to authorities two weeks ago after being wounded in battle.

Susukan has been blamed for kidnappings and beheadings of hostages, including foreign tourists, and surrendered through a Muslim rebel chief who has signed a peace deal and is cooperating with the government.

He is now in police custody and faces multiple murder charges.