Attack on WHO car in Myanmar's Rakhine leaves 1 dead, 1 wounded 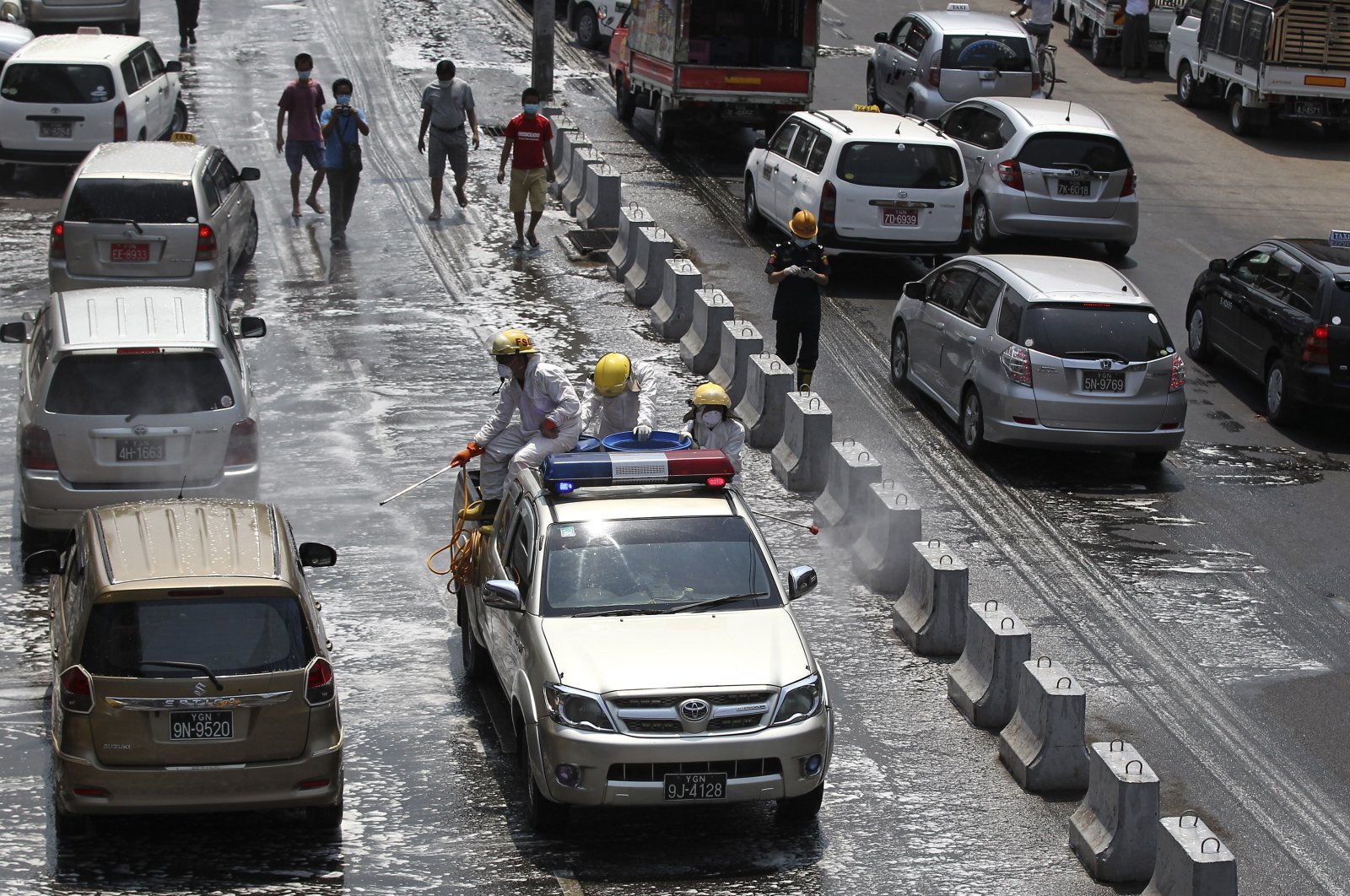 The fire department spray disinfectant to help curb the spread of the new coronavirus on a road Tuesday, April 21, 2020, in Yangon, Myanmar. (AP Photo)
by French Press Agency - AFP Apr 21, 2020 11:20 am
RECOMMENDED

A Myanmar government health worker was injured and his driver killed when their United Nations-marked vehicle was ambushed as they were carrying COVID-19 test samples in conflict-ridden Rakhine state, the UN said Tuesday.

Rakhine has been the scene of bitter fighting between the government and the Arakan Army, an ethnic guerrilla group fighting for autonomy in Rakhine State.

Both the military and insurgents blamed each other for the attack, which happened early Monday evening at a bridge near the town of Minbya.

The pair had been travelling in a UN vehicle while transporting COVID-19 surveillance samples, the organisation said, adding it was "deeply saddened" to confirm the death of driver Pyae Sone Win Maung.

The driver had promised to ring his parents, said father Htay Win Maung.

"He asked me not to call him when he was driving," he told AFP by phone, saying he and his wife were heartbroken by the death of their 28-year-old son.

"That was the last time we spoke."

Military spokesman Brigadier General Zaw Min Tun confirmed the death of the driver, and told AFP that health worker Aung Myo Oo had been transferred to hospital in the Rakhine state capital, Sittwe.

Scores have been killed, hundreds injured and tens of thousands displaced since fighting erupted at the beginning of last year, with both sides trading allegations of abuses committed.

Hostilities have surged in recent weeks since the government labelled the group "terrorists", which means journalists are unable to reach out to the group without violating the country's terrorism laws.

Increasing calls for a ceasefire have been ignored as coronavirus fears gripped the country.

A government-imposed internet blackout has "greatly hampered" the availability of hygiene information and other preventative measures, the UN's refugee agency warned last week.

Lobby group Fortify Rights on Tuesday demanded an independent investigation into what it condemned as an "outrageous" attack and called for the government to urgently allow humanitarian access to the area.