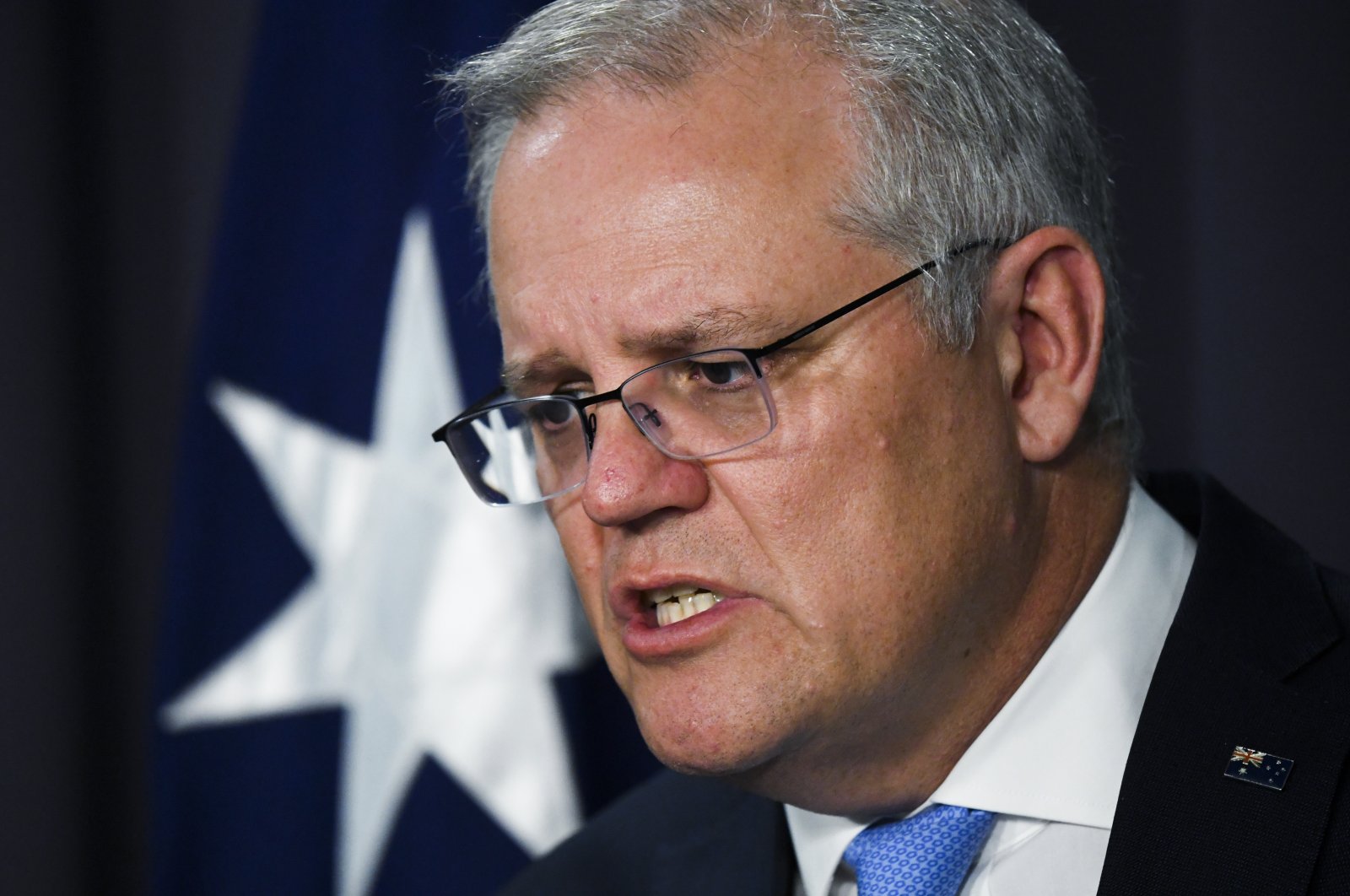 Australian Prime Minister Scott Morrison speaks to the media during a press conference at Parliament House in Canberra, Nov. 12, 2020. (AP Photo)
by Agencies
Nov 12, 2020 10:44 am

The Office of the Special Investigator is to be formed after a four-year investigation into allegations and rumors surrounding the behavior of some soldiers in the Special Air Service and Commando Regiments in Afghanistan from 2005 and 2016.

After the Sept. 11, 2001 terrorist attacks in New York City, more than 26,000 Australian uniformed personnel were sent to Afghanistan to fight alongside the United States and allied forces against the Taliban, al-Qaida and other extremist groups.

Australian combat troops left the country in 2013, but since then a series of often-brutal accounts have emerged about the conduct of Australia's elite special forces units.

They range from reports of troops killing a 6-year-old child in a house raid and a dead foe's hand being severed to a prisoner being shot dead to save space in a helicopter.

According to Agence France-Presse (AFP) for years the government had tried to suppress whistleblower reports of the alleged wrongdoing, with police even moving to investigate reporters involved in making the accounts public.

Benjamin Roberts-Smith, Australia’s most highly decorated member of the armed services when he left the SAS in 2013, has been accused by former colleagues of the unlawful treatment of prisoners including illegally killing prisoners.

The former corporal, who was awarded the Victorian Cross and the Medal for Gallantry for his service in Afghanistan, has denied any misconduct. Defense Force Chief Gen. Angus Campbell will make public a redacted report on the four-year investigation next week.

"This report will be difficult news and all of our partners must be assured and those around the world who rightly hold the Australian Defense Forces in high regard," Morrison told The Associated Press (AP).

"In Australia, we deal with this stuff and we deal with it honestly, but in accordance through the rule of law and by following the justice practices and principles that makes Australia what it is," he added.

Police raided ABC Sydney headquarters with search warrants last year, but prosecutors decided that charging the journalists would not be in the public interest. Prosecuting alleged Australian war criminals is expected to take years.

"These are incredibly complex events involving actions and conduct in another country, in a war," Morrison said.

"This is not a simple matter ... and so it will take as long as it needs to take to ensure we deal with our dual objectives of addressing the justice that is necessary in accordance with our laws and systems but also ensuring the integrity of our defense forces on which we all rely," he added.

Neil James, chief executive of the Australian Defense Association think tank, said the Australian military wanted soldiers to have their day in court to end a "continuous rumor mill."

"It’s certainly the case that they’re going to take a long time because we’re talking about a complex investigation. Witnesses will have to be interviewed under caution, in many cases those witnesses will be overseas, and in some cases, it’ll be hard to interview them because they are in enemy-held territory in a war zone," James said.

"So the complexity of this is going to be difficult, but it’s got to be faced because ... Australia has to face up to this, that things did go wrong, and we need to fix it," he added.

Around 39,000 Australians served in Afghanistan, and 41 were killed.