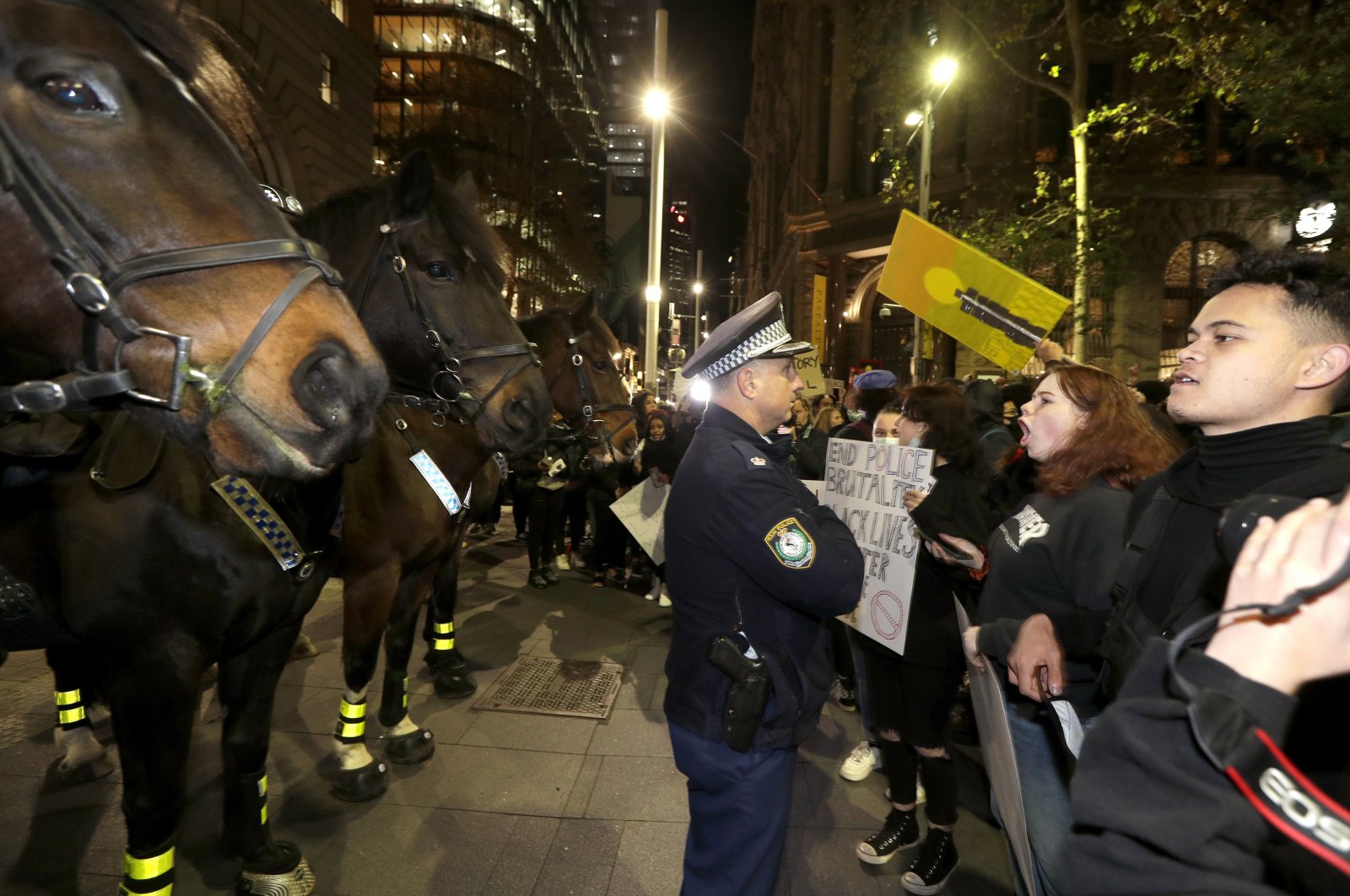 Protesters approach police on horseback as they gather in Sydney to support the cause of U.S. protests over the death of George Floyd, June 2, 2020,. (AP Photo)
by French Press Agency - AFP Jun 02, 2020 12:30 pm
RECOMMENDED

"We have asked the Australian embassy in Washington, D.C., to investigate this incident," Marise Payne said after the journalists were slammed with a riot shield, punched and hit with a baton while broadcasting from the protest.

"I want to get further advice on how we would go about registering Australia's strong concerns with the responsible local authorities in Washington," she said, indicating a formal complaint would follow.

Footage showed 7NEWS reporter Amelia Brace being clubbed with a truncheon and cameraman Tim Myers being hit with a riot shield and punched in the face by police clearing Washington's Lafayette Square of protesters on Monday.

The journalists said they were later shot with rubber bullets and tear-gassed, which Brace said left the pair "a bit sore."

The incident was widely broadcast in Australia, causing consternation in a country that has been a close U.S. ally.

U.S. police – with support from military personnel – forcibly cleared the square of peaceful protesters to allow President Donald Trump to leave the White House for a photo opportunity.

Trump has faced fierce criticism for his handling of weeklong protests over the death in custody of an unarmed African-American man in Minneapolis.

George Floyd died after a white police officer knelt on his neck for nearly nine minutes.

"This is obviously a very troubling period in the United States and a very tough period at so many levels," she told ABC radio.

"We are always supportive of people's right to peaceful protest, and we encourage all involved on both sides to exercise restraint and avoid violence."