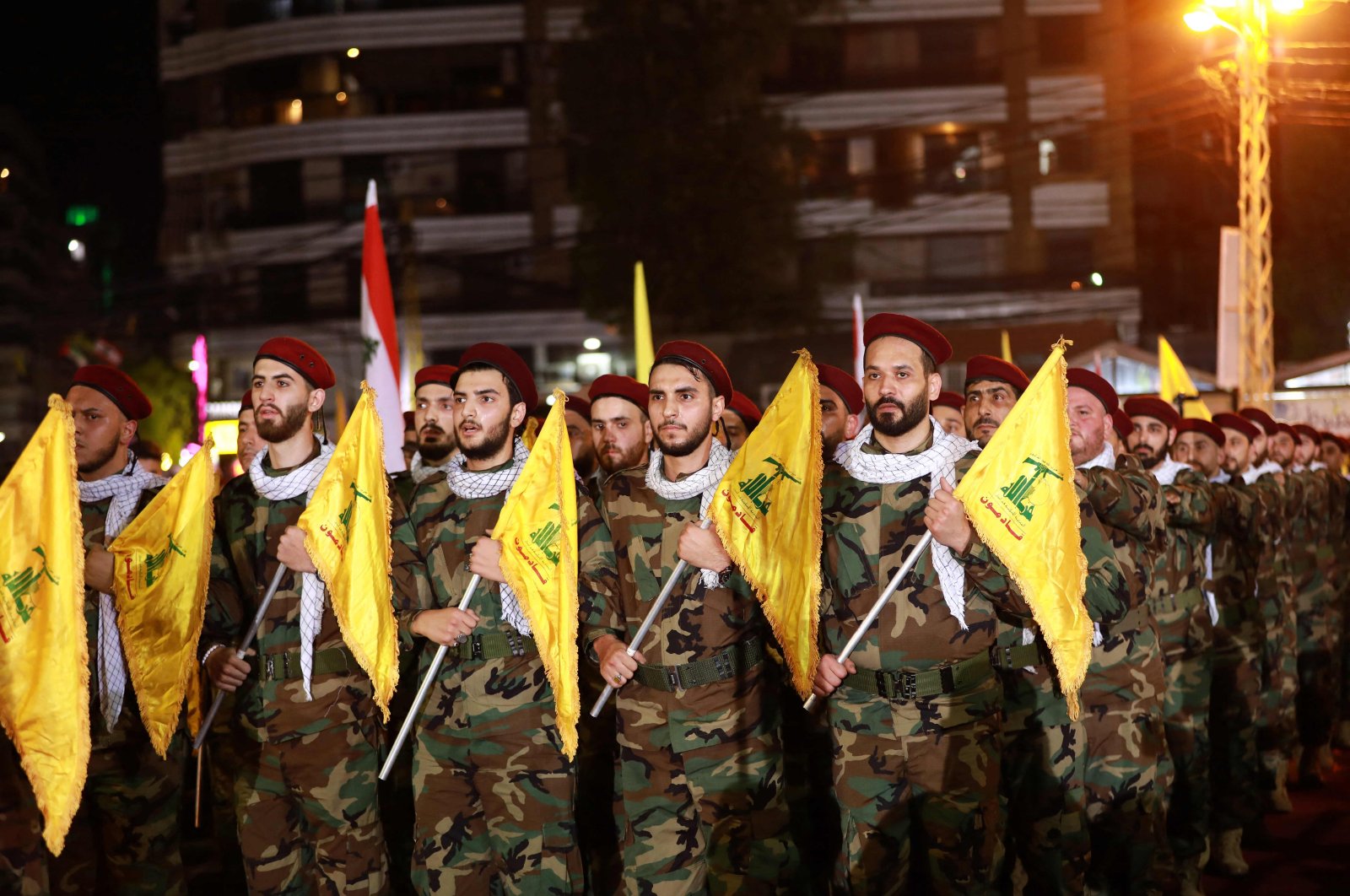 Fighters with the Lebanese Shiite Hezbollah party carry flags as they parade in a southern suburb of the capital Beirut to mark the al-Quds International Day, May 31, 2019. (AFP Photo)
by French Press Agency - AFP Nov 24, 2021 8:48 am
RECOMMENDED

Australia on Wednesday listed all of Hezbollah as a "terrorist organization," extending a ban on armed factions to the entire movement, which wields considerable power in Lebanon.

Home Affairs Minister Karen Andrews said that the Tehran-backed group "continues to threaten terrorist attacks and provide support to terrorist organizations" and poses a "real" and "credible" threat to Australia.

Hezbollah is part political party and part militia – the only group in Lebanon to have refused to disarm since the civil war ended in 1990.

The movement, which plays a pivotal role in Lebanese politics, has been accused of fueling Syria's civil war by sending thousands of fighters across the border to prop up Bashar Assad's regime. In 2006, it fought a short yet devastating war against Israel.

Critics have accused the movement of killing former prime minister Rafik Hariri in 2005, and more recently of blocking investigations into the cataclysmic 2020 Beirut port explosion.

Some countries have sought to distinguish between Hezbollah's political and militant factions, fearing a blanket ban could further destabilize Lebanon and hamper contacts with authorities.

Australia had such a policy since 2003, when it banned Hezbollah's so-called External Security Organization – a part of the movement's military wing. Canberra also labeled the global neo-Nazi group The Base as a “terrorist” organization, making it a criminal offense to be a member.

"They are a violent, racist neo-Nazi group known by security agencies to be planning and preparing terrorist attacks," Andrews said.

“The Government has zero tolerance for violence, and there is no cause – religious or ideological – that can justify killing innocent people,” Andrews said in a statement announcing the new classifications.

"Hezbollah is an Iranian-backed terror organization in Lebanon responsible for countless attacks in Israel & around the world," he tweeted.

No reason was given for the timing of Canberra's decision, which comes as Lebanon reels from spiraling political and economic crises.

Nearly 80% of the population is estimated to be living below the poverty line. Elections are expected in March 2022 and there is growing public anger about nepotism and corruption among Lebanon's ruling class.

The move may play well domestically for Australia's conservative government, ahead of its own elections expected next year.

Before 2018 polls, Morrison made the surprise move of recognizing West Jerusalem as Israel's capital, helping secure votes in a battleground Sydney seat with a sizable Jewish community.

In June, he testified to the Australian parliament that the previous designation was "insufficient" adding that "Hezbollah is structured and operates as a singular organization."