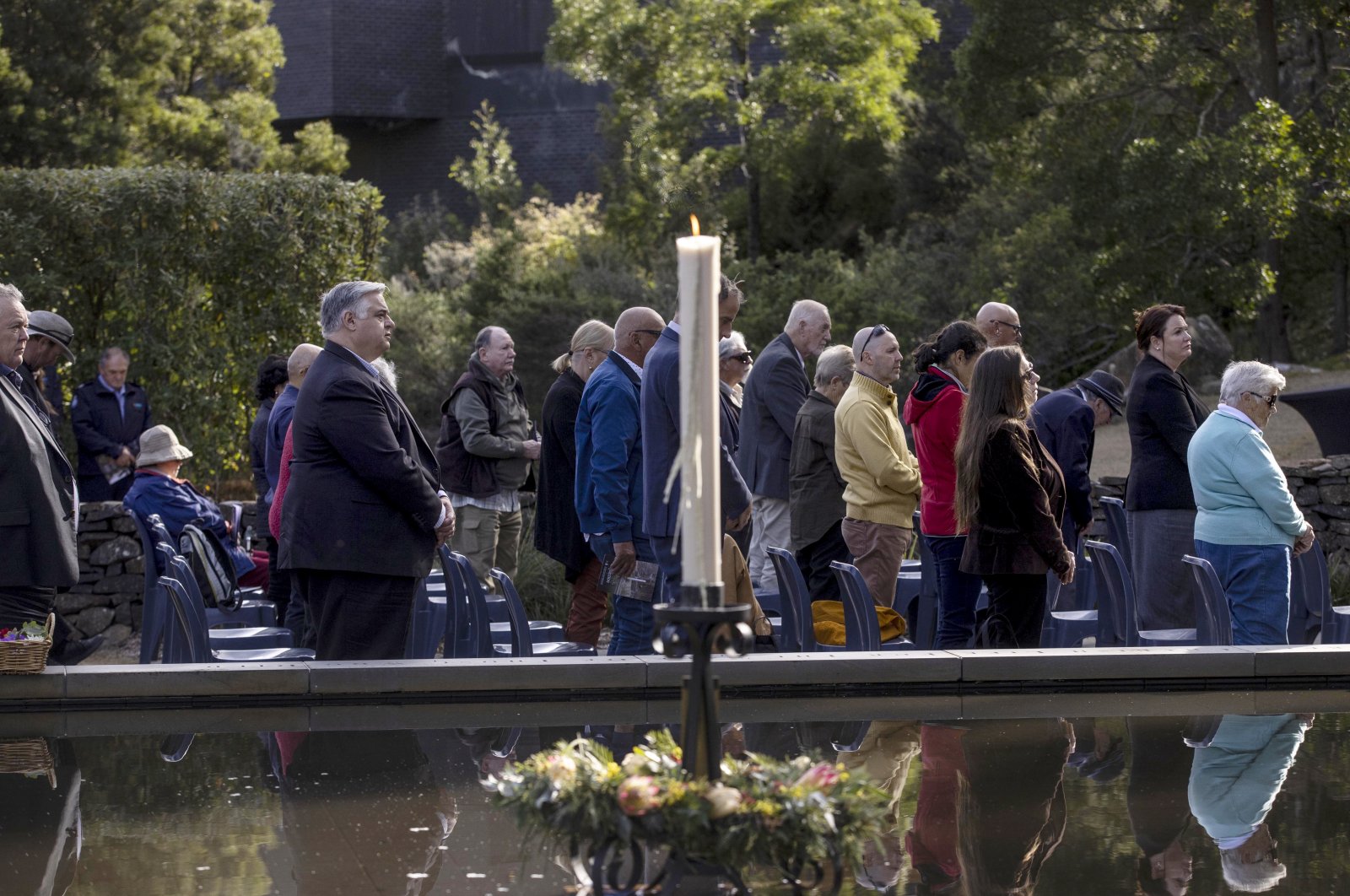 People attend a ceremony at Port Arthur as Australia marks the 25th anniversary of a lone gunman killing 35 people in Tasmania state in a massacre that galvanized the nation into tightening gun laws, Tasmania, Australia, April 28, 2021. (Pool via AP)
by ASSOCIATED PRESS Apr 28, 2021 10:53 am
RECOMMENDED

Australia on Wednesday marked the 25th anniversary of a shooting in Tasmania state that prompted drastic tightening of gun laws in the country.

A service was held at the Port Arthur tourist town where the shooter, Martin Bryant, armed with two semi-automatic assault rifles, killed 35 and wounded another 23 on Sunday, April 28, 1996, among the ruins of an 18th century British prison.

Within two weeks, the federal and state governments had agreed to standardize gun laws with the primary aim of getting rapid-fire weapons out of public hands. The changes were met by fierce political resistance from the gun lobby.

Michael Field, a manager of the World Heritage-listed historic prison site and a former Tasmanian government leader, told the gathering that Australians should remember the courage of government leaders in response to the massacre.

“These changes to gun laws are now quoted by those wanting change around the world, particularly in the United States of America,” Field said.

Prime Minister Scott Morrison told reporters in the northern city of Darwin that the gun reform that followed the nation’s worst recorded massacre “put us in another class around the world and has been keeping Australians safe ever since.”

“That is a day that is etched in infamy in Australia’s history,” Morrison said.

Since the massacre, there have been three mass gun homicides – defined as at least four dead victims – in Australia. The worst was in 2018 when a farmer killed six family members before turning a gun on himself in Western Australia state.

In the decade before the massacre, there had been 11 such mass shootings.

John Howard, the conservative prime minister at the time of the massacre who drove gun law reform, said the nation had been “united in horror and grief and there was a very strong level of support for what we had to do.”

“The goal was to prohibit possession of automatic and semi-automatic weapons and that’s been achieved,” Howard told Australian Broadcasting Corp. “The country is a much safer place.”

The shooter remains in prison without possibility of parole.