Australia rules out committing to phasing out fossil fuels 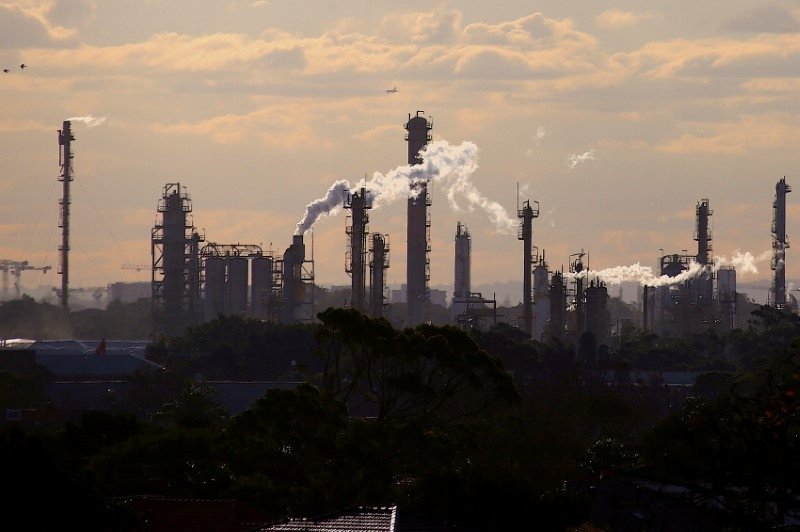 Birds and a plane are seen flying above emission from the chimneys of a chemical plant located near Port Botany in Sydney, Australia, June 2, 2017. (Reuters Photo)
by REUTERS Sep 26, 2021 1:51 pm
RECOMMENDED

Australia's Prime Minister Scott Morrison ruled out a commitment to phase out fossil fuels as a major climate conference approaches, while his deputy doubled down on opposing targets for net-zero emissions of greenhouse gases.

Australia, the world's top coal and a major gas exporter, is under growing pressure to come up with emissions reduction targets ahead of November's COP26 United Nations climate conference in Scotland.

The International Monetary Fund called on Australia to set a "time-bound" target to reach net-zero emissions on Friday when the country's treasurer warned that Australia must brace for much higher borrowing costs if it fails to commit to a net-zero target by 2050, as many peers have done.

In interviews with Australian media after a summit in Washington, Morrison said his government was still working on its emissions plans, declining to commit to curbing fossil fuels that account for a major part of Australia's export revenue.

He told broadcaster SBS in an interview that aired on Saturday night that he was not prepared to pull back any fossil fuel industries immediately.

"We don't have to, because that change will take place over time," he said. "We are working on the transition technologies and fuels and the ultimate technologies that will be there over the next 20, 30 years that can get us to net-zero... This doesn't happen overnight."

Morrison, who has a largely undefined slogan of "technology not taxes," was part of a government that torpedoed a carbon pricing scheme after winning the 2013 election while opposing the mechanism as a tax.

"We look at it through the eyes of making sure there is not an unreasonable, or any loss of... regional jobs," Joyce, whose National party represents largely rural voters, told the Australian Broadcasting Corporation.

Joyce said proceeds from mining and agriculture industries were vital for people in regional towns, from hairdressers to auto service providers.