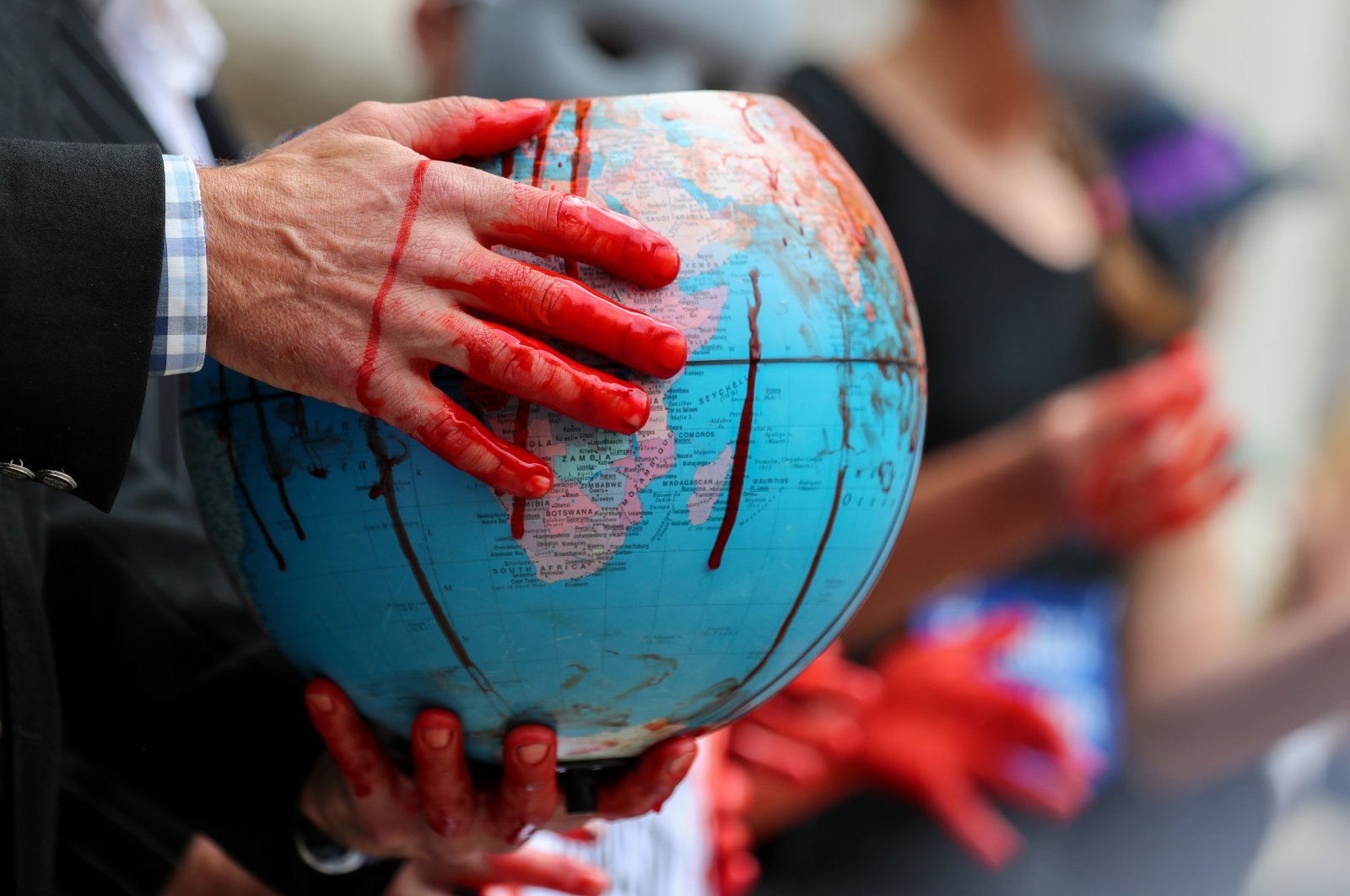 The risk of sidelining developing countries due to the lack of COVID-19 vaccines is one of the concerns of a global network of more than 1,500 climate NGOs that called on the United Kingdom Tuesday to postpone the upcoming COP26 summit.

An increase in COVID-19 cases, unequal global vaccine rollout and stringent quarantine requirements for more than 60 "red list" nations or territories hoping to attend the 12-day U.N. talks mean that "a safe, inclusive and just global climate conference is impossible," the Climate Action Network (CAN) said in a statement.

"Our concern is that those countries most deeply affected by the climate crisis and suffering from the lack of support by rich nations in providing vaccines will be left out," said Tasneem Essop, CAN's executive director.

"There has always been an inherent power imbalance within the U.N. climate talks and this is now compounded by the health crisis."

But the United Nations rejected the call to delay the COP26 summit.

"For now, no changes are planned, but we understand the concerns," U.N. deputy spokesperson Farhan Haq said of the U.N. climate conference set to kick off Oct. 31 in Glasgow, Scotland.

Host government Britain had also pushed back saying the climate crisis was too urgent for the meeting to be put off.

A recently released U.N. climate science report shows "why COP26 must go ahead this November to allow world leaders to come together and set out decisive commitments to tackle climate change," COP chief Alok Sharma told Agence France-Presse (AFP), noting the conference – originally slated for last November – has already been postponed once.

"The global scientific community has made clear that climate change is now a global emergency," Haq said.

"Only an urgent and major step up in climate action can keep the goals of the Paris Agreement within reach, and protect the most vulnerable countries and communities from worsening climate impacts."

He added that U.N. authorities are working with London "to make COP as safe and inclusive as possible, including offering vaccines to all participants and paying for hotel quarantine costs where quarantine is required."

The northern hemisphere has been battered over the last three months by record-breaking extreme weather made worse by global warming, according to scientists.

Deadly heat waves in parts of North America and Europe; unprecedented flooding across western Europe, China and the United States; uncontrolled wildfires around the Mediterranean basin and in California – all were made more intense or likely by global warming.

Britain has said it would cover accommodation costs for delegates subject to the quarantines and has offered to provide fast-track vaccines.

"We are working tirelessly with all our partners, including the Scottish Government and the UN, to ensure an inclusive, accessible and safe summit in Glasgow," Sharma said.

But delegates who have applied for them have yet to get their jabs, according to the NGO group.

'Not fit for purpose'

The British government said the vaccinations would start "this week," and that even with a four-week delay between doses there was still enough time to get the job done before Oct. 31.

Currently, more than 55% of Europeans are fully vaccinated, compared to about 3% in Africa.

Developing countries will be deeply affected by decisions taken at the COP on issues ranging from climate finance, international carbon markets, and how to help poor nations cope with severe climate damages already incurred.

"A climate summit without the voices of those most affected by climate change is not fit for purpose," said Mohamed Adow, director of the Nairobi-based think tank Power Shift Africa.

"If COP26 goes ahead as currently planned, I fear it is only the rich countries and NGOs from those countries that would be able to attend," he added.

"This flies in the face of the principles of the U.N. process and opens the door for a rich nations stitch-up of the talks."

CAN said the call to postpone COP26 should not be construed as a boycott.

"We will continue our work to push political leaders to deliver ambitious national climate targets, fulfill their responsibilities on climate finance, and phase out fossil fuels," it said.