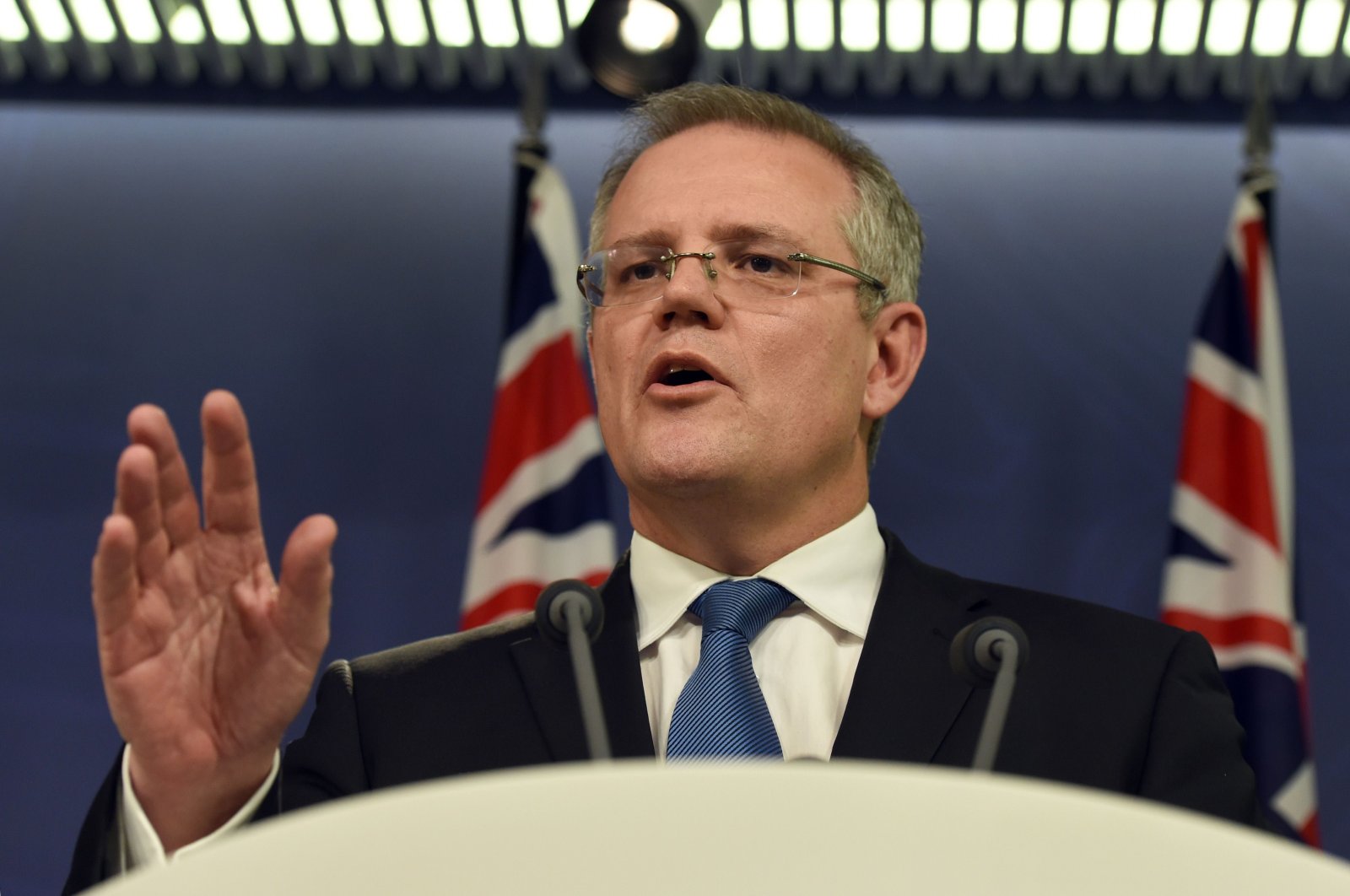 Australia's push for an independent review of the origins and spread of the pandemic, including the response of the World Health Organization (WHO), has drawn sharp criticism from China, which has accused Australian lawmakers of taking instructions from the United States.

The new coronavirus, believed to have emerged in a market in the central Chinese city of Wuhan, was first reported by China to the WHO on Dec. 31. WHO officials arrived in Wuhan on Jan. 20, after the virus had spread to three other countries.

It has since infected some 2.3 million people globally and killed nearly 160,000, according to Reuters calculations.

Morrison said on Twitter on Wednesday he had "a very constructive discussion" with Trump on the two nation's health responses to COVID-19 and the need to get economies up and running.

"We also talked about the WHO & working together to improve the transparency & effectiveness of the international responses to pandemics," he tweeted.

Morrison also spoke to Merkel and Macron by phone about the role of the WHO, his office said.

French President Emmanuel Macron told the Australian prime minister now was not the time for an international investigation into the coronavirus pandemic and that the urgency was to act in unison before looking for who was at fault, an official said.

"He says he agrees that there have been some issues at the start, but that the urgency is for cohesion, that it is no time to talk about this, while reaffirming the need for transparency for all players, not only the WHO," an Elysee official told Reuters on Wednesday.

In Berlin, the government confirmed that Merkel had spoken with Morrison on Tuesday. Last Friday, her spokesman said: "The coronavirus appeared first in China. China has suffered a lot from the virus and did a lot to fight against spreading.”

Australia is examining whether the WHO should be given powers, similar to international weapons inspectors, to enter a country to investigate an outbreak without having to wait for consent, a government source told Reuters. The White House has been fiercely critical of China and the WHO, and has withdrawn U.S. funding from the United Nations agency.

China's embassy in Canberra said in a statement late on Tuesday that Australian lawmakers were acting as the mouthpiece of Trump and "certain Australian politicians are keen to parrot what those Americans have asserted and simply follow them in staging political attacks on China." But Foreign Affairs Minister Marise Payne has instead cast Australia as taking the lead in establishing an investigation because it was "a liberal democracy with a proved history of shaping constructive global co-operation."

No country "need feel singled out," she wrote in the Australian newspaper.

Richard McGregor, senior fellow with foreign policy think tank The Lowy Institute, said the vitriolic reaction from Chinese diplomats toward Australia, even as France and Germany also called for more transparency from Beijing, showed "how bad bilateral relations are."

Morrison had been restrained in his comments about China, McGregor said, "but that doesn't seem to have won him any brownie points in Beijing, which now has a settled view of Australia as a U.S. lackey."

Ties between Australia and China have soured in recent years, with Canberra the first government to exclude telecoms equipment maker Huawei Technologies from its 5G network.

Treasurer Josh Frydenberg said Wednesday that Australia maintains "a good relationship at the commercial level with China” and local jobs relied on this.

Australia has recorded just over 6,600 cases of the virus nationally, with four new cases on Wednesday. Infection rates have slowed from 25% in mid-March to less than 1% a day.