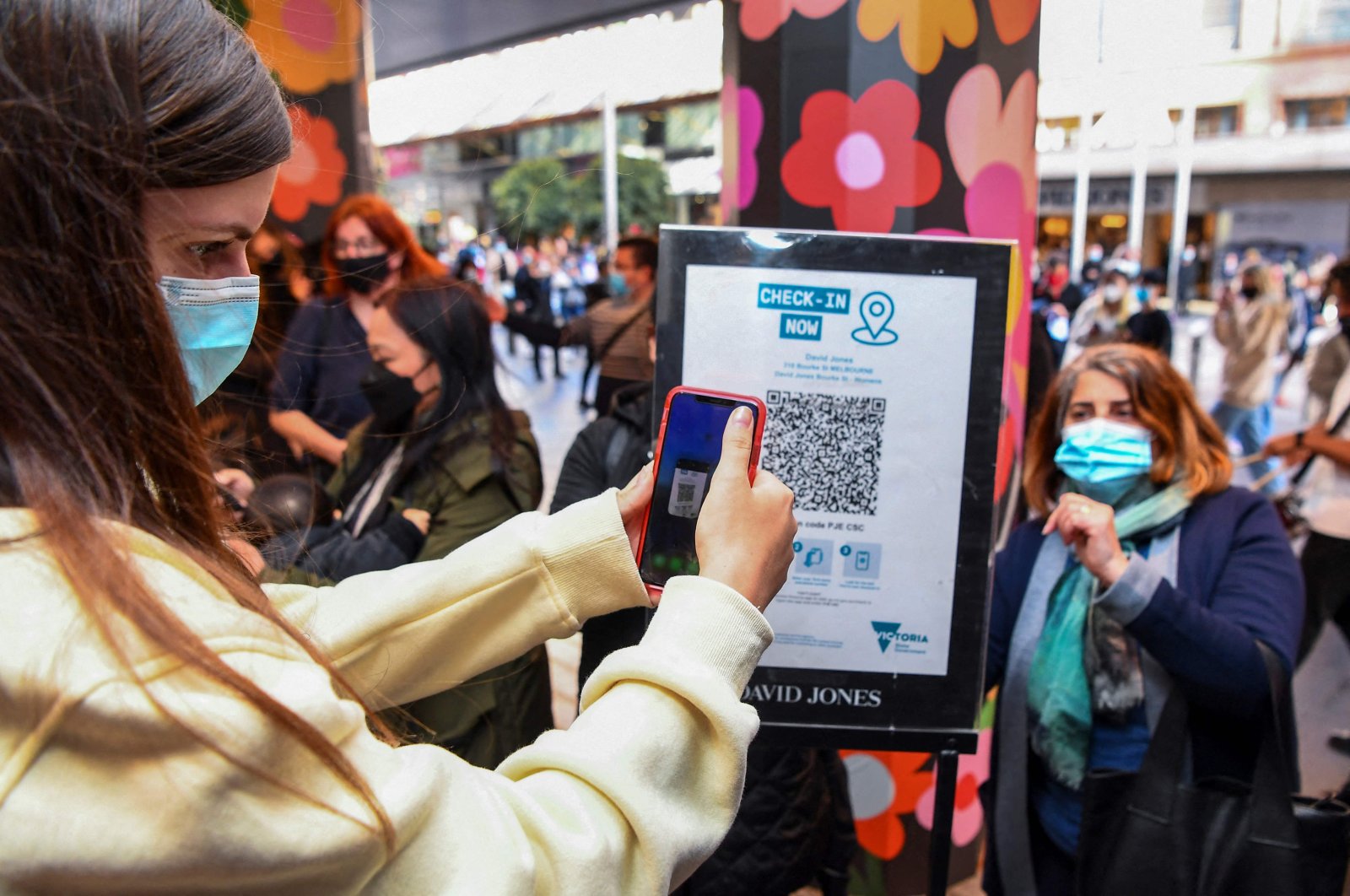 A customer scans a QR code to enter a department store in Melbourne as the city further lifts COVID-19 restrictions allowing nonessential retail shops to open and travel to the regions of Victoria after the city's sixth lockdown, Australia, Oct. 29, 2021. (AFP Photo)
by REUTERS Nov 13, 2021 11:03 am
RECOMMENDED

Several thousand anti-vax demonstrators rallying in Melbourne on Saturday called for violence against Australian politicians, whom they compared to Nazis, local media said.

In Australia, where 83% of people aged 16 and above have been fully inoculated against the coronavirus, nationwide vaccinations are voluntary. But states and territories have mandated vaccinations for many occupations and barred the unvaccinated from activities such as dining out and concerts.

The Melbourne demonstration against the vaccination mandate that came into effect on Saturday – requiring construction workers in Victoria state to be fully inoculated – was peaceful, with no immediate reports of unruly behavior or arrests.

The Age said some protesters called for violence against politicians but did not offer specifics.

An Australian singer Claire Woodley dedicated a song to "victims of satanic ritual abuse" – a rhetoric common in the QAnon conspiracy theory about abducting children for satanic rites.

Andrews' office and protest organizers could not immediately be reached for comment.

Victoria, the second-most populous state with a quarter of Australia's 25 million people, has an 87% vaccination rate and has endured six COVID-19 lockdowns totaling nearly nine months.

There were 1,221 new infections reported on Saturday in Victoria and four deaths, and 250 daily cases in New South Wales.

Despite delta outbreaks that led to months of lockdown in the two largest cities, Sydney and Melbourne, the national tally of just under 190,000 infections and 1,591 deaths is far lower than that of many developed nations.

Neighboring New Zealand, which is also learning to live with the coronavirus through high vaccination rates, reported 175 new cases, bringing the total number of confirmed cases since the start of the pandemic to 8,121. There have been 33 deaths in total.

"Crass and stupid but what else would you expect!" Auckland Mayor Phil Goff said in a message on his Facebook page.