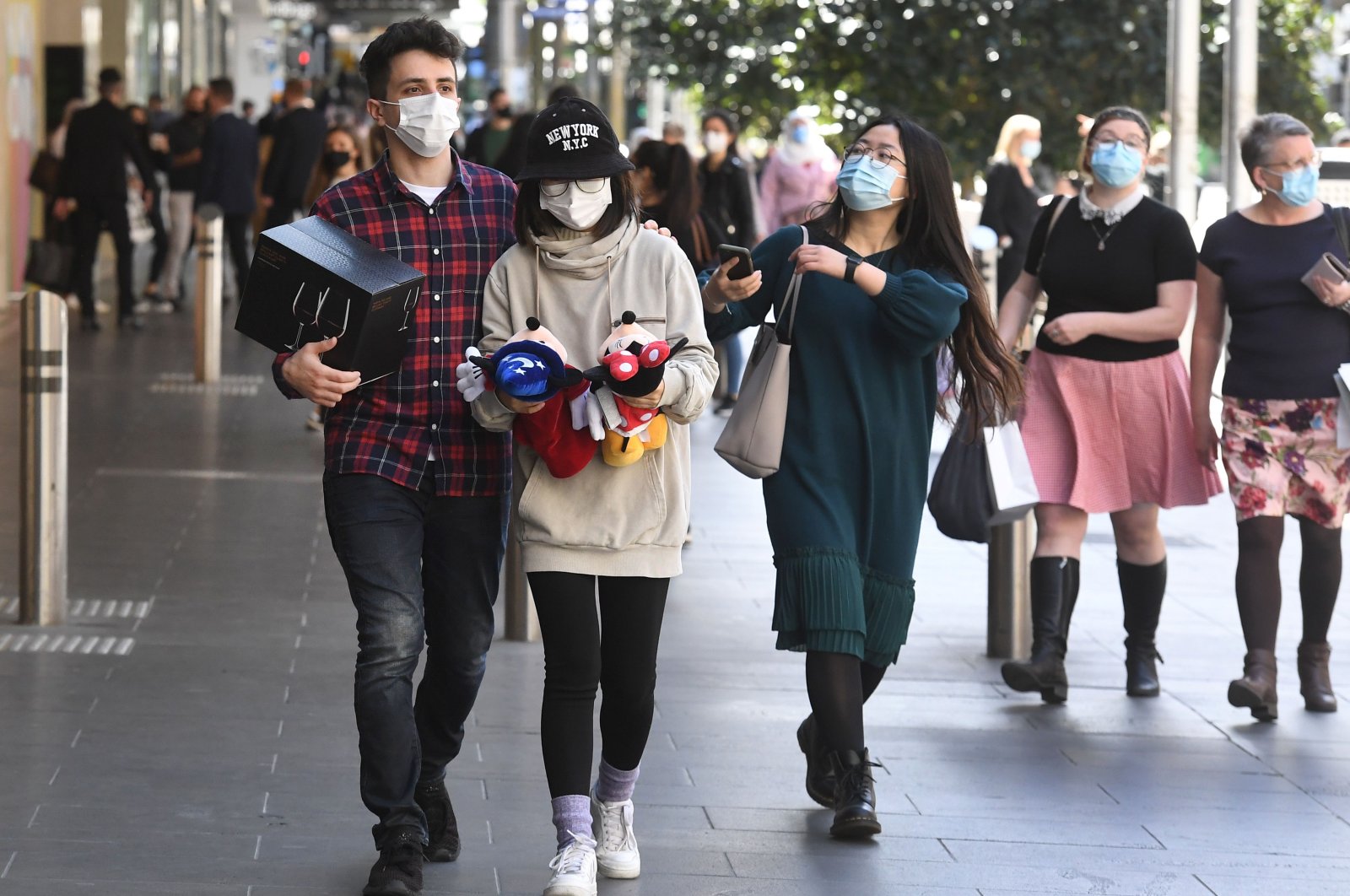 People visit a shopping area after measures to curb the spread of the COVID-19 coronavirus were eased allowing limited numbers of people back into shops, bars, cafes and restaurants in Melbourne, Oct. 28, 2020. (AFP Photo)
by REUTERS Nov 02, 2020 8:11 am
RECOMMENDED

An Australian court on Monday dismissed a challenge to a curfew that was imposed on the city of Melbourne to help curb the spread of COVID-19, ruling it was neither illegal nor irrational and did not violate the state's human rights charter.

The nightly curfew was initially imposed on Aug 5, running from 8 pm to 5 am, as part of one of the world's longest and strictest lockdowns when the state's daily infections peaked above 700 cases. The lockdown was relaxed last week, allowing shops and restaurants to reopen and lifting restrictions on leaving home.

The curfew was challenged by Michelle Loielo, whose lawyers called the curfew "a step too far" and said it had drastically hurt business at her restaurant in a beach town near Melbourne.

"The curfew was reasonably necessary to protect public health," Justice Tim Ginnane said in his ruling, dismissing the case.

Ginnane said there was no evidence that Victoria's premier, Daniel Andrews, personally told health official Michelle Giles he wanted her to order the curfew, and that she made the decision independently, as required under the law.

The ruling came after Victoria reported a third straight day of no new cases and no deaths.

Australia has fared much better than most other rich nations with the coronavirus, with just over 27,600 cases and 907 deaths.