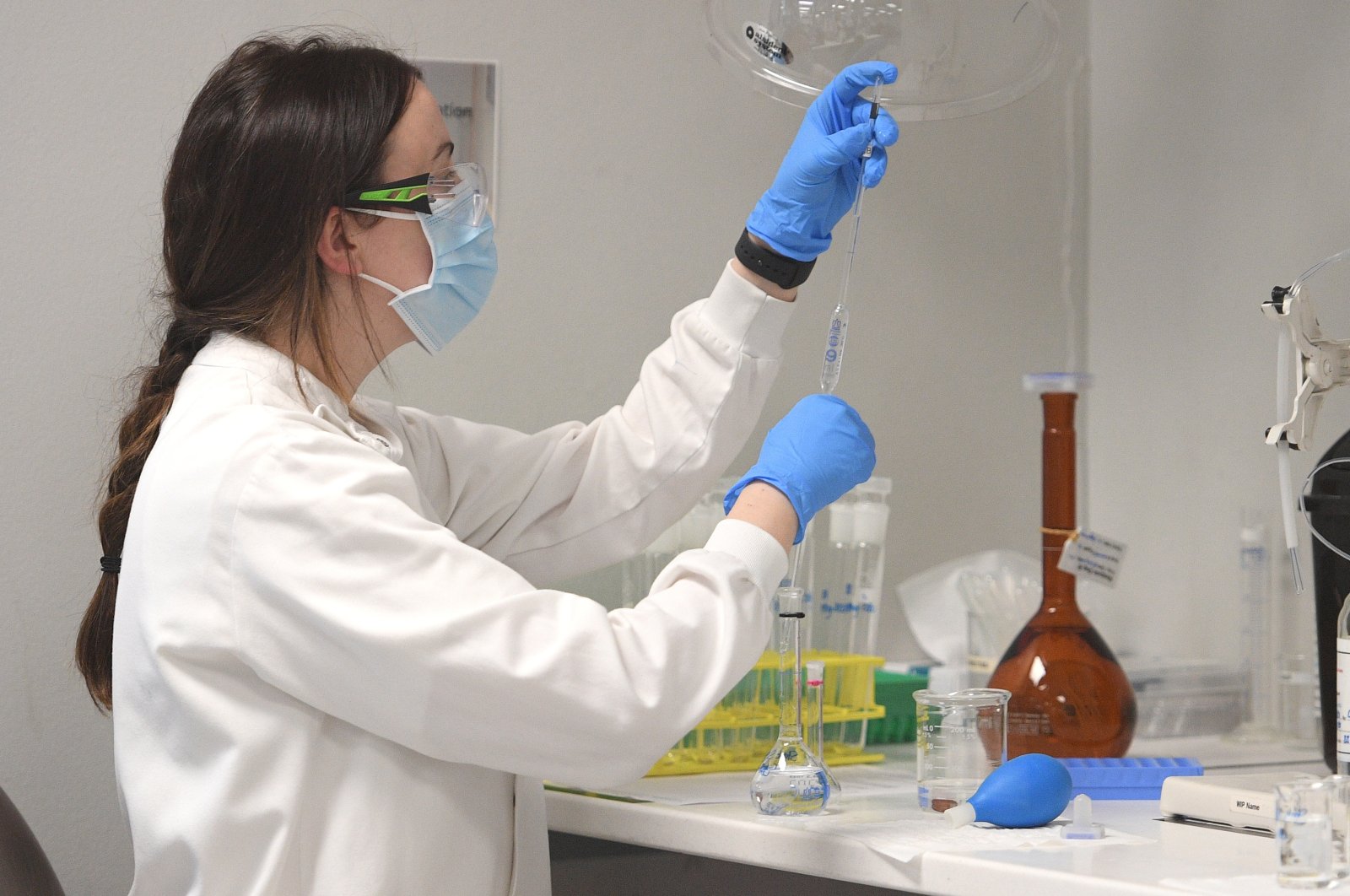 Australia's leader called Wednesday for coronavirus immunizations to be mandatory, wading into ethical and safety debates raging around the world as the race to develop a vaccine gathers pace.

Almost 30 potential vaccines are currently being tested on humans across the globe in hope of ending a pandemic that has now killed more than 775,000 people and infected nearly 22 million, according to an Agence France-Presse (AFP) tally.

Prime Minister Scott Morrison said he wants all 25 million Australians to get the jab after the country secured access to a vaccine currently under development by AstraZeneca and Oxford University.

"There are always exemptions for any vaccine on medical grounds, but that should be the only basis," he said.

Nations are scrambling to develop an immunization or gain access to one of a handful of contenders in the final stages of clinical trials.

Upping the ante, Russia on Aug. 11 said it had developed the world's first vaccine offering "sustainable immunity," and was in the final stage of human testing.

But the announcement was met with skepticism by the World Health Organization (WHO), which said it still needed a rigorous review, and scientists say it has been approved without large-scale trials.

Among the competitors, Brazilian health regulators Tuesday gave the green light to the final stage of trials on a vaccine by Johnson & Johnson.

The U.S. pharmaceutical firm will test its drug on 7,000 volunteers in Brazil, authorities said, part of a group of up to 60,000 worldwide.

South Africa, meanwhile, will launch clinical trials of a U.S.-developed vaccine with 2,900 volunteers this week, the second such study in the African country worst hit by the disease.

However, the push for a vaccine has coincided with a rise in anti-vaccine sentiment that could hinder efforts to encourage widespread uptake.

The pandemic has seen a sharp rise in online misinformation, speculation and opposition – something experts have dubbed an "infodemic" – with debate raging over whether vaccine rules impinge on personal freedoms.

The WHO has said the planet's highest-risk populations must all be inoculated simultaneously or else it will be impossible to rebuild the global economy.

It has appealed to countries to join its global shared vaccine program rather than go it alone in developing a cure.

Director-General Tedros Adhanom Ghebreyesus said the most exposed 20% of each country's population – including frontline health workers, adults over 65 and those with preexisting conditions – would be vaccinated first in the WHO-led scheme.

"The fastest way to end this pandemic and to reopen economies is to start by protecting the highest risk populations everywhere, rather than the entire populations of just some countries," he said.

His warning comes as the virus refuses to die across large parts of the globe, with South Korea and Lebanon the latest countries to witness new spikes.

Seoul ordered nightclubs, museums and buffet restaurants to close, and banned large gatherings in and around the capital, after a burst of infections mostly linked to Protestant churches.

The country on Wednesday reported 297 new cases, its sixth consecutive day of triple-digit increases after several weeks with numbers generally in the 30s and 40s.

In Lebanon, authorities announced a new lockdown and overnight curfew to rein in a spike following a colossal chemical explosion in Beirut on Aug. 4 that has hampered virus prevention efforts.

In the absence of a vaccine, some people around the world have been resorting to novel and whacky methods to ward off the virus.

Namibia's health minister on Tuesday was forced to warn against the use of elephant dung, traditionally steamed and inhaled as a cure for the flu, to ward off COVID-19.

The sparsely populated southern African country has seen infections double over the past month and many Namibians have turned to natural remedies.

Dung is widely believed to treat body ailments such as nosebleeds, headaches and toothaches.

"A desperate person may do a desperate thing," minister Kalumbi Shangula said.