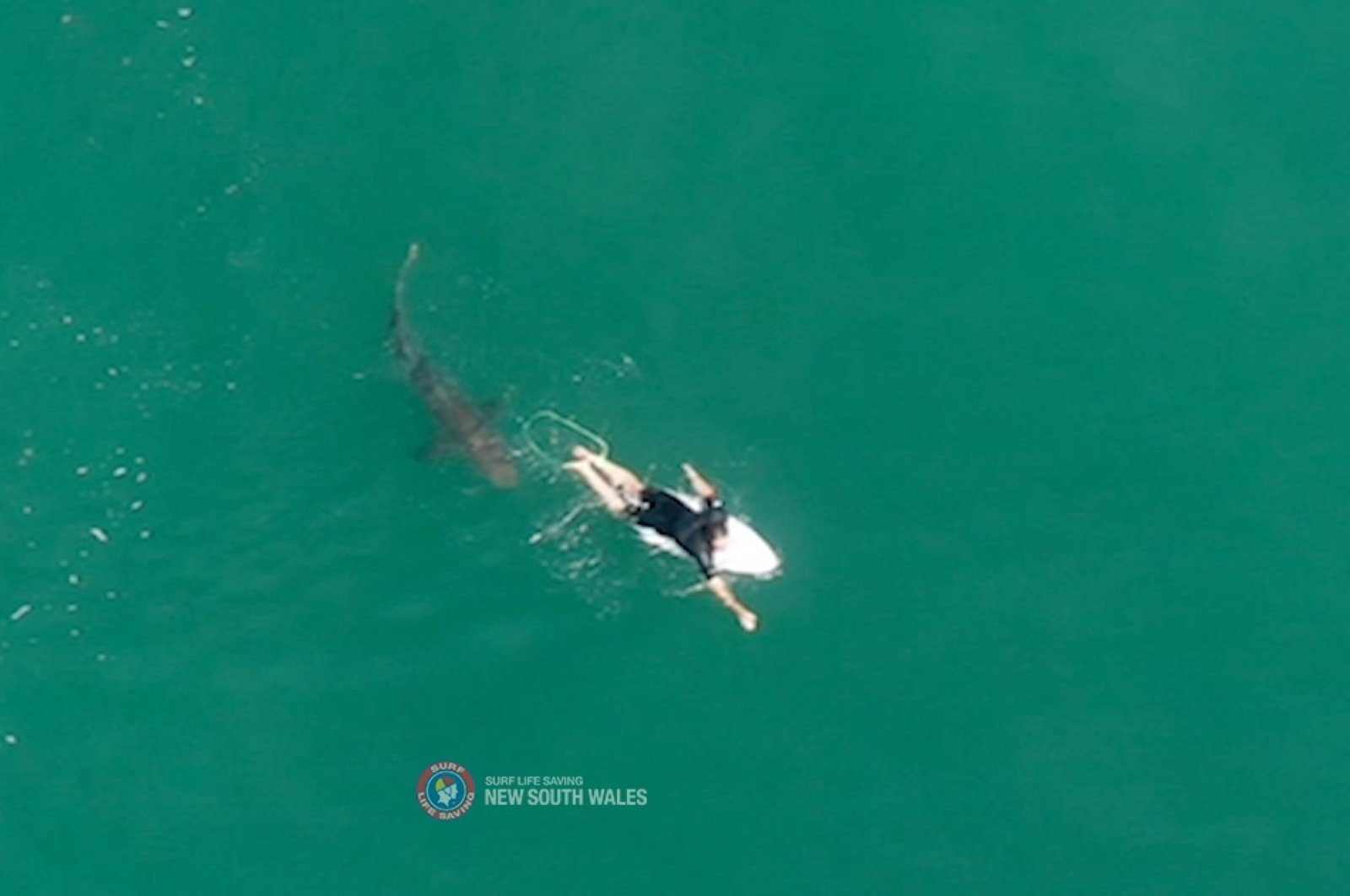 Professional surfer Matt Wilkinson was unaware of what lurked beneath his board during an outing off the southeastern coast of Australia Wednesday – but a drone overhead spotted the great white shark that changed its mind moments before attacking.

The 1.5-meter (5-foot) shark circled beneath the Australian’s board before darting up to surface near his ankles and then swimming away, perhaps scared off by a warning broadcast by the lifeguard-operated drone.

Wilkinson, 32, was paddling his board off the coast of Ballina in the Australian state of New South Wales.

“I heard a splash and a noise and looked around and couldn’t see anything,” Wilkinson told Surf Life Saving NSW.

After spotting the shark, the drone descended and told Wilkinson to return to the beach due to a dangerous shark in the area.

“I got to the shore feeling a bit weird and the lifeguards showed me the footage, and I realized how close it came without knowing it was there. It looks like it’s going for my leg, and it’s changed its mind,” he said.

Sharpes Beach, where the incident took place, was then closed and evacuated.

Wilkinson said he called his wife immediately so that he could talk to her before she saw the heart-stopping footage.

“I’ve been surfing with sharks my whole life, and I understand they’re there and know enough about them to know they have not too much interest in humans. I’m just glad today the shark reconsidered at the last second,” he said.

Drone operator Beau Monks said he was frightened when he saw through the drone camera the shark rise from the deep, turn and quickly close in on Wilkinson.

"I'm not entirely sure why the shark decided to turn away at the last minute. It could be something as simple as bumping into his leg rope or it might have been the drone," Monks told Australian Broadcasting Corp.

"Marine creatures have been known to dart away when a drone does come over," Monks added.

Ballina is part of the New South Wales state coast north of Sydney that has become notorious for shark attacks in recent years.

In 2019, 64 unprovoked shark attacks were recorded worldwide, 11 of them occurring off the coasts of Australia, according to the International Shark Attack File. Six of these attacks occurred off New South Wales.

In 2015, Wilkinson had competed at the J-Bay Open in South Africa when fellow Australian surfer Mick Fanning was attacked by a large great white shark.

Wilkinson had surfed in a heat before the shark bit Fanning's board. Fanning was not injured.