Australian zookeeper in critical condition after being mauled by lions 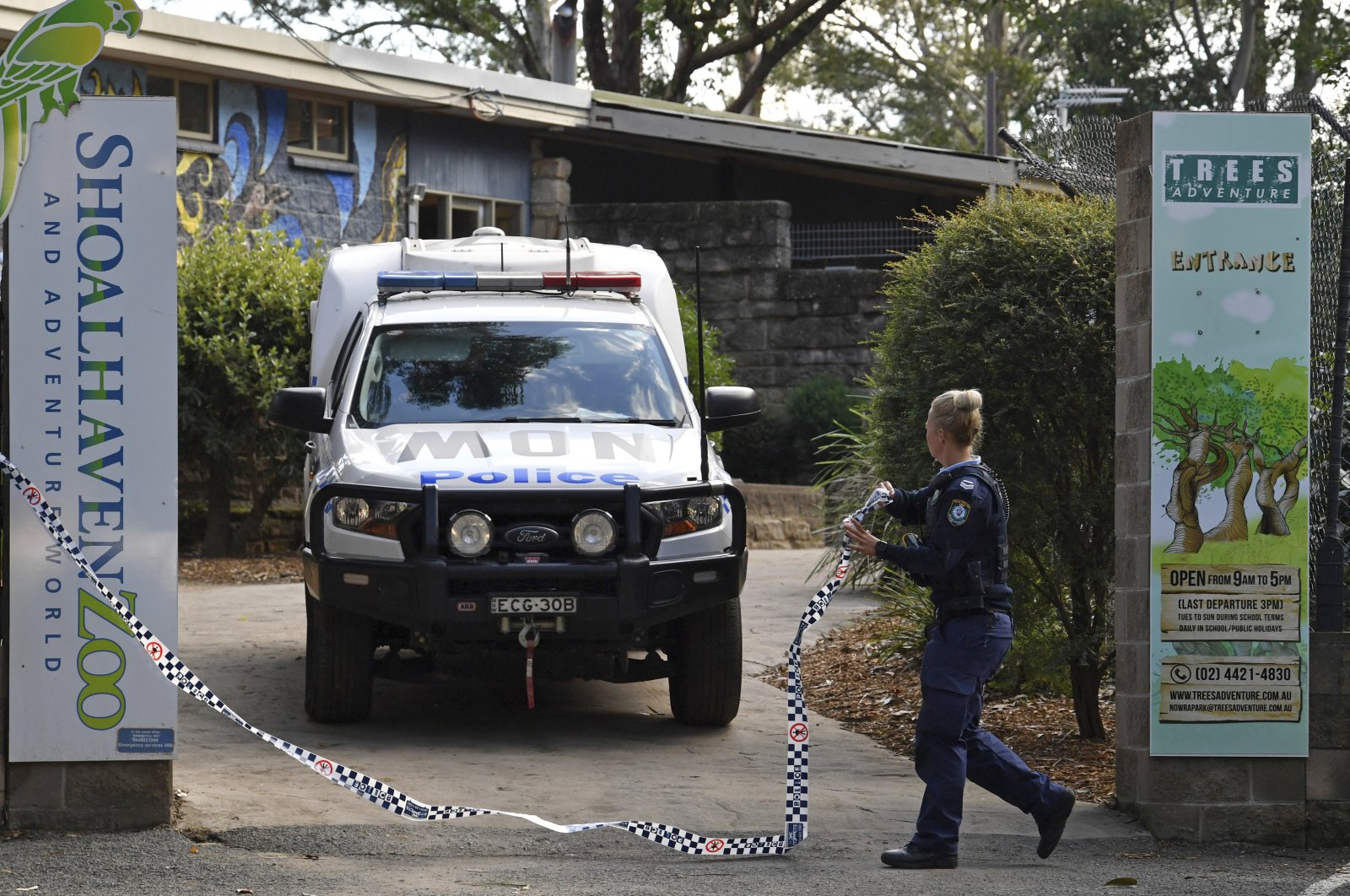 Police work at Shoalhaven Zoo in Nowra, Australia on May, 29, 2020, where an animal keeper was critically injured after being mauled by two lions. (AAP Image via AP)
by Agencies May 29, 2020 10:37 am
RECOMMENDED

Two lions attacked a woman cleaning their enclosure at an Australian zoo on Friday, leaving her with critical head and neck injuries, police said.

The 35-year-old zookeeper was airlifted to a hospital after the morning attack at Shoalhaven Zoo, about 160 kilometers (100 miles) south of Sydney.

Ambulance officials said the woman was in a critical but stable condition.

Shoalhaven Zoo has been closed to the public since March 25 because of restrictions on public gatherings aimed at controlling the coronavirus epidemic.

New South Wales Ambulance duty operations manager inspector Faye Stockmen said she had to walk into the lions' den to reach the zookeeper in an "incredibly dangerous situation, both for the patient and the paramedics."

"I have never come across a job like this in my career," she said in a statement.

"It was absolutely harrowing."

Police declared a crime scene at the zoo. Shoalhaven Zoo declined to comment.

Public broadcaster ABC said the zoo was the scene of a crocodile attack in 2014 when a handler was dragged into a pond by a 3.7-meter (12-foot) saltwater crocodile in front of about 60 spectators.

The crocodile released the handler, who suffered only minor injuries, ABC said.

Attacks by wild animals at zoos are relatively common. Last year, a Sumatran tiger attacked a worker at a zoo in Kansas, in the United States, and in a separate incident, a Jaguar attacked a woman taking a selfie at a zoo in the U.S. state of Arizona.