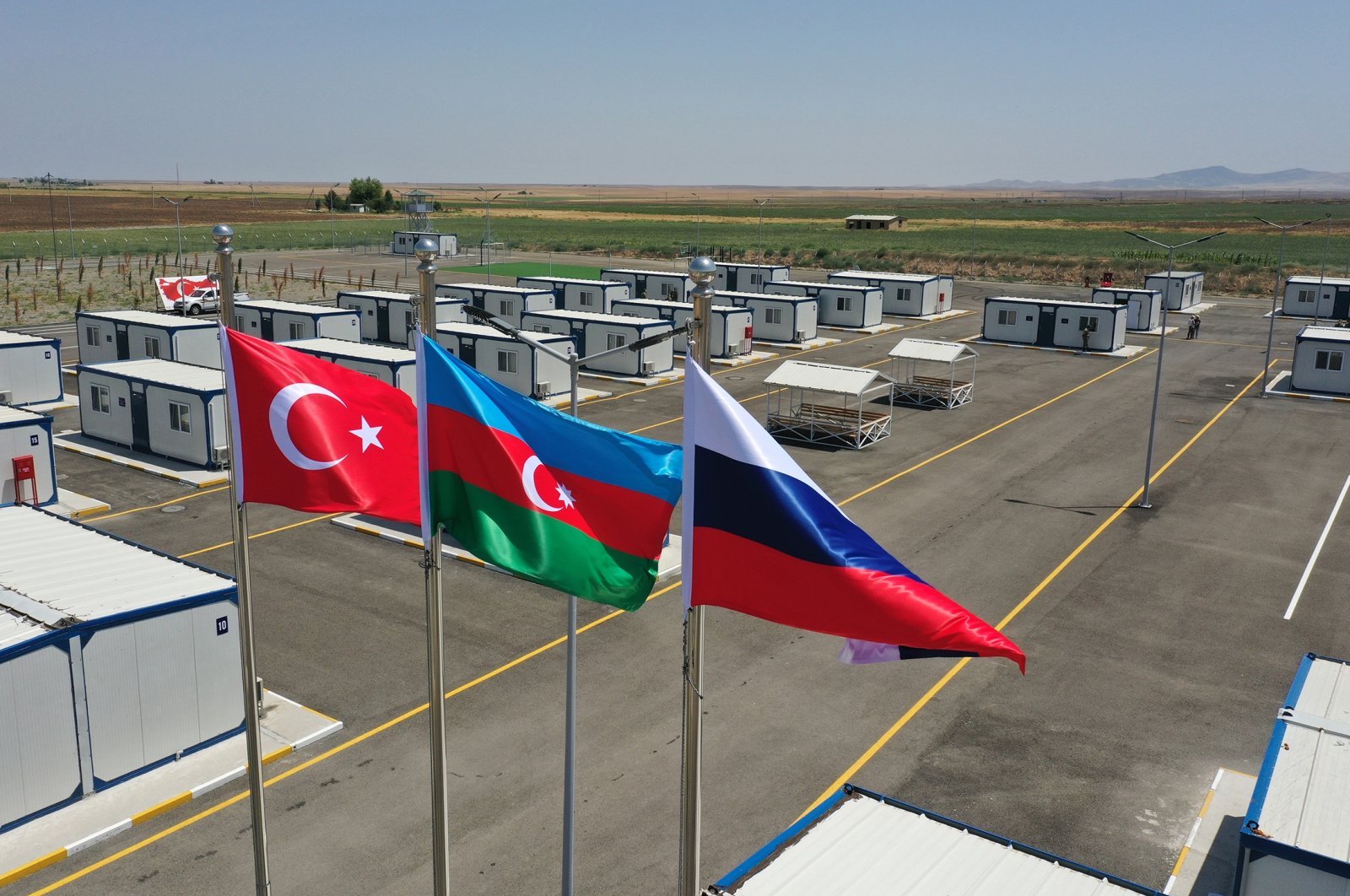 A view of the Russian-Turkish center monitoring the cease-fire in Nagorno-Karabakh, Aghdam, Azerbaijan, July 5, 2021 (Getty Images)
by DAILY SABAH WITH AA Sep 13, 2021 10:09 am
RECOMMENDED

Azerbaijan Sunday warned Russia over allowing illegal entries of vehicles belonging to other countries into the country, contradicting the agreement signed between Baku, Moscow and Yerevan.

The ministry said that it wrote in the letters that such cases "contradict" the joint statement signed by the presidents of Azerbaijan and Russia, and the Armenian prime minister, and "asked to prevent them."

On Nov. 10, 2020, following a 44-day conflict between Armenia and Azerbaijan in Nagorno-Karabakh and surrounding regions, the two countries signed a Russia-brokered cease-fire to end the fighting and work toward a comprehensive resolution.

During the six weeks of fighting, Azerbaijan liberated several cities and some 300 settlements and villages after a nearly three-decade-long occupation.

In line with the agreement, Armenian forces withdrew from Azerbaijani territories and Russian peacekeeping forces were deployed in the region.

Meanwhile, Turkey and Russia also set up a joint center to monitor the peace deal in January.