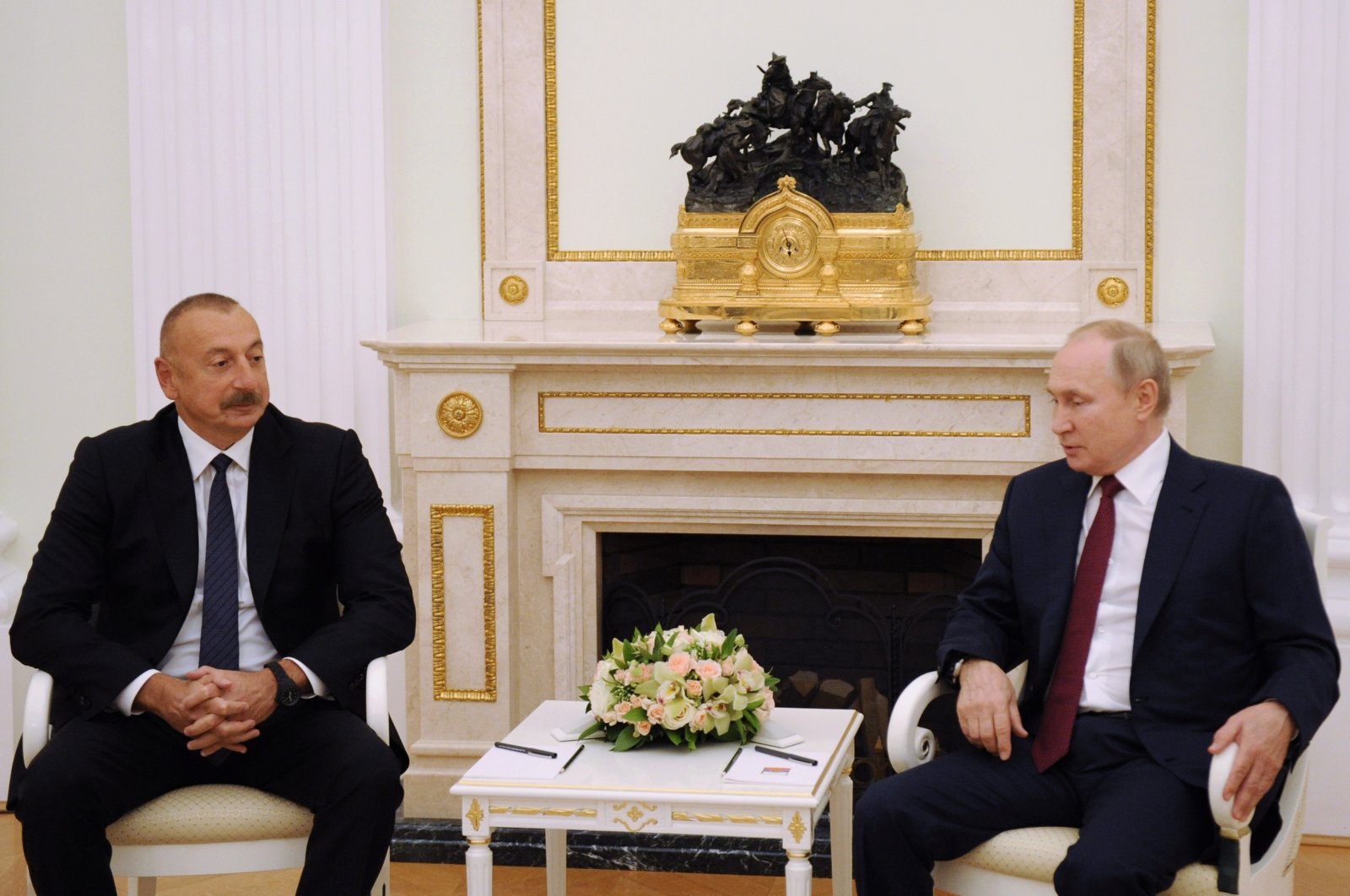 “We hope that Russia continues to spare no effort for the security of the region and take steps to ensure lasting peace. At the same time, our expectation is that Russia will not arm Armenia. We have brought this issue to the attention of Russian officials,” Aliyev said during an interview with broadcaster CNN Türk.

“We do not see it happening yet, but there have been some statements by Russia,” he added.

Shoigu promised further support to the country as he greeted his Armenian counterpart, Arshak Karapetyan, at a meeting in Moscow.

Aliyev also reminded that the Armenian defense forces made “very irresponsible statements” that if the Azerbaijani side trespassed the Armenian border by one centimeter, then they would open fire.

Aliyev said that although the area in Khankandi (Stepanakert) under the control of the Russian peacekeeping mission is safe, the situation on the border with Armenia is worrying.

The president underlined that no matter how much arms are poured into Armenia, the balance of power will not change.

“Over the past 30 years, Russia provided Armenia with billions of dollars worth of free weapons – some of which are now on display in our Military Trophy Park – but the Armenian army has been completely dismantled.”

Speaking on new projects in the liberated Nagorno-Karabakh region, Aliyev said that new corridors will provide several opportunities for regional countries including Armenia.

He said that the Zangezur corridor will be a second connection with Turkey after the Baku-Tbilisi-Kars railway.

“At the same time, Azerbaijan will be connected to the Nakhchivan Autonomous Republic, which is an integral part of the country, by rail. We also demand that a highway be built in the Mehri region of Western Zangazur, which is under Armenian control,” Aliyev highlighted, indicating that Yerevan opposes this idea as it had also opposed the Zangezur corridor.

Aliyev explained that Turkey will be able to transport its goods to Central Asia using a shorter route, making it a new transport project for Eurasia. He said that they have already moved forward with this initiative.

Aliyev underlined that the European Union is also looking positively at the corridor.

“During a recent visit of the president of the European Council, Mr. Charles Michel, to Baku, we had a broad exchange of views on this issue, and they, of course, strongly support this project.”

The Armenian army initiated fresh clashes on Sept. 27, 2020, and continued its attacks on civilians and Azerbaijani forces for 44 days, even violating two humanitarian cease-fire agreements.

A joint Turkish-Russian center was established to monitor the truce. Russian peacekeeping troops have also been deployed in the region. However, attacks by Armenia on the mutual border have increased in the past few weeks.