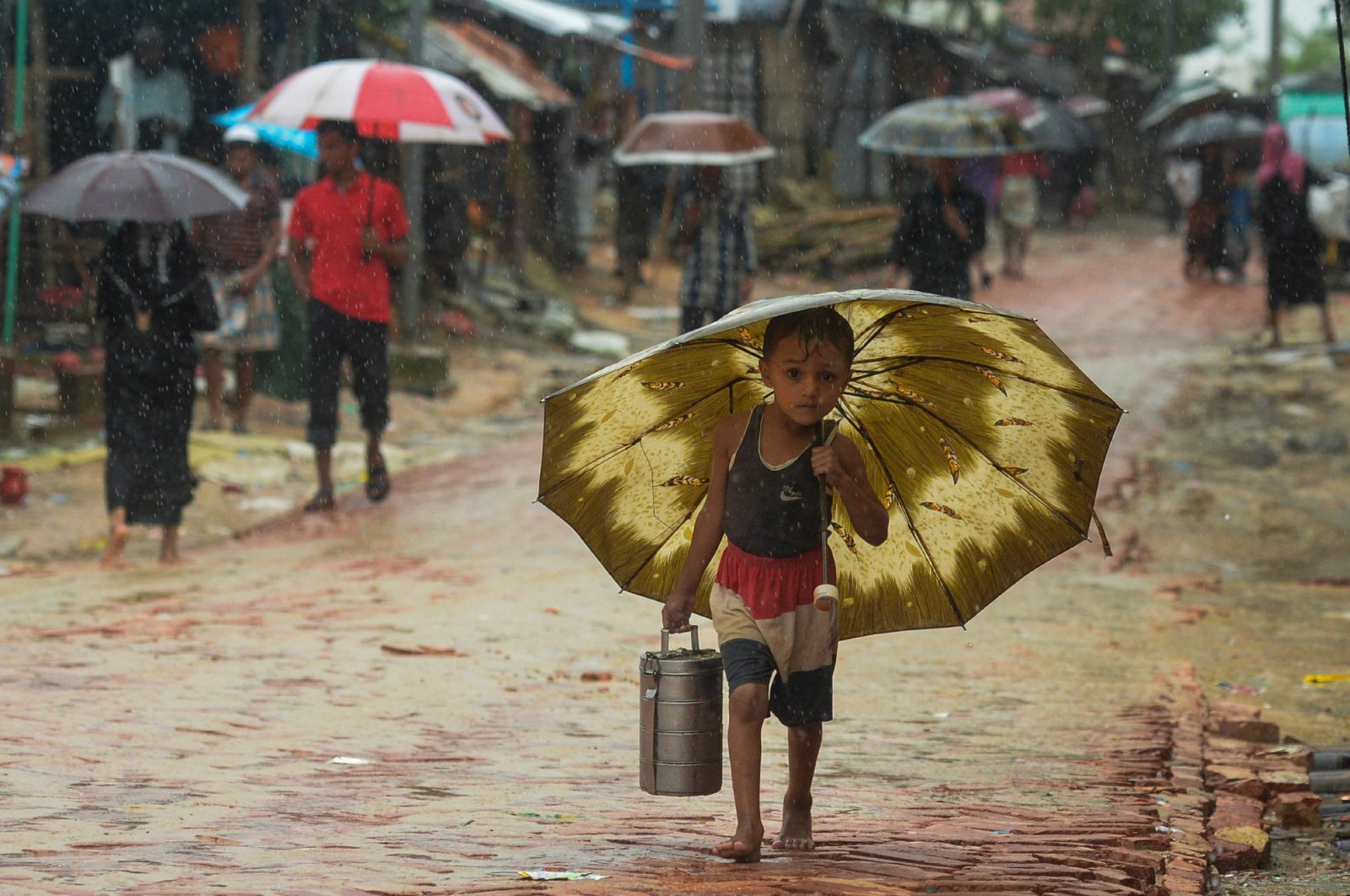 A Rohingya refugee boy shelters under an umbrella as he makes his way during a monsoon rainfall at Kutupalong refugee camp, Ukhia, Sept. 12, 2019. (AFP Photo)
by Compiled from Wire Services Jun 02, 2020 11:16 am
RECOMMENDED

Concerns for vulnerable Rohingya in overcrowded refugee camps in Bangladesh grow after a 71-year-old man became the first victim to die there from the coronavirus.

Health experts have long warned that the deadly virus could race through the vast network of settlements housing almost a million refugees in the country's southeast.

"He died on May 31. But last night we got the confirmation that he died of COVID-19," said Toha Bhuiyan, a senior health official in the Cox's Bazar district.

The fatality was in Kutupalong, the largest of the camps, which is home to roughly 600,000 people. The man was among at least 29 Rohingya to have tested positive for the virus in the camps.

Bhuiyan said the victim died in an isolation center run by the medical charity Doctors Without Borders and was buried in the camp the same day. "We are going to speak to administrators in the camp and alert people about the death," Bhuiyan said, adding they were trying to find people the deceased had been in contact with.

Most of the refugees have been there since around 750,000 of the Muslim minority fled a 2017 military offensive in neighboring Myanmar for which its government faces genocide charges for at the United Nation's top court.

The persecution of Rohingya Muslims in Myanmar is one of the worst humanitarian tragedies of our time, but it is also the most overlooked.

Rohingya, described by the U.N. as one of the most persecuted communities in the world, has been facing systematic state persecution in the northern Rakhine state of Myanmar since the early 1970s.

In early April, authorities had locked down Cox's Bazar, home to 3.4 million people including the refugees after several COVID-19 cases reached the country. Bangladesh restricted traffic in and out of the camps and forced aid organizations to slash manpower by 80%.

Aid agencies and rights groups have been demanding Bangladesh's government withdraw restrictions on using mobile phones and the internet in the camps. Authorities had suspended internet use for security reasons, and recent reports said armed groups among the refugees were allegedly involved in kidnappings and smuggling of drugs.