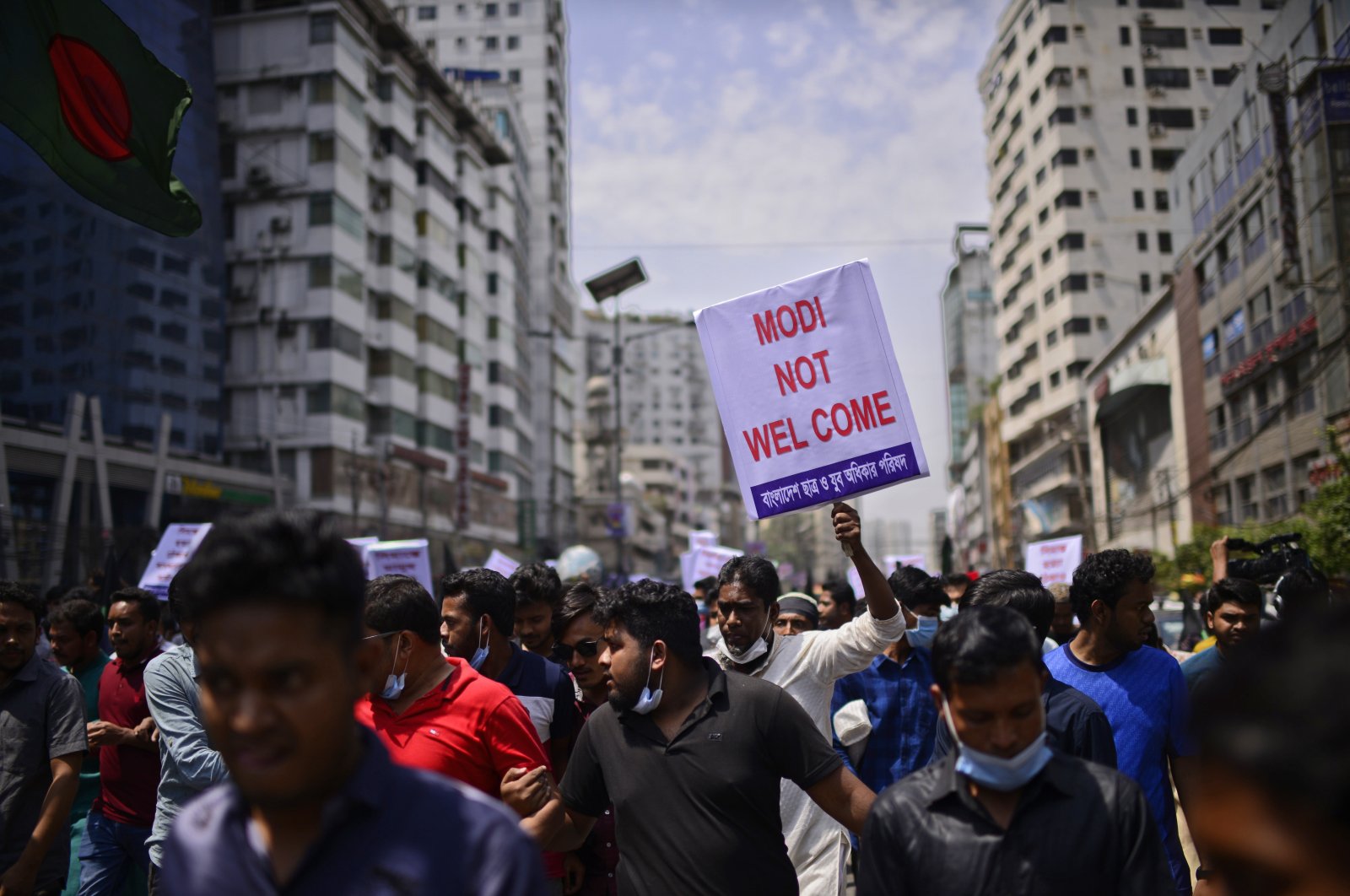 Police said the protest got out of hand as demonstrators marched in the capital Dhaka, with many throwing rocks and stones at officers, injuring at least four.

"We fired tear gas and rubber bullets to disperse them. There were 200 protesters. We have also arrested 33 people for violence," police official Syed Nurul Islam told Agence France-Presse (AFP).

A spokesperson for the march said 2,000 protesters, mainly students, joined the demonstration.

The protesters accused Modi of stoking religious tensions and inciting anti-Muslim violence in the Indian state of Gujarat in 2002, which left about 1,000 people dead. Modi was Gujarat's chief minister at the time of the deadly religious riot.

"Some 40 protesters were injured, including 18 hospitalised with injuries from police beatings and rubber bullets," Bin Yamin Molla, a senior official of the Student Rights Council, which organized the protest, told AFP.

At a separate smaller protest elsewhere in Dhaka, hardline protesters slaughtered a cow, sacred to most Hindus, on the street.

Modi's two-day tour to the Muslim-majority nation, starting on Friday, will cap Dhaka's 10-day celebrations of the Golden Jubilee of its independence from Pakistan.

The celebrations also mark the birth centenary of the nation's founding leader Sheikh Mujibur Rahman, who was the father of current Prime Minister Sheikh Hasina.

Leaders from Sri Lanka, Nepal, Bhutan and the Maldives have already attended the festivities, which started on March 17.

During his visit, Modi will tour two temples in southern rural districts, including the birthplace of a top Hindu reformer who has tens of millions of followers in the Indian state of West Bengal and Bangladesh.