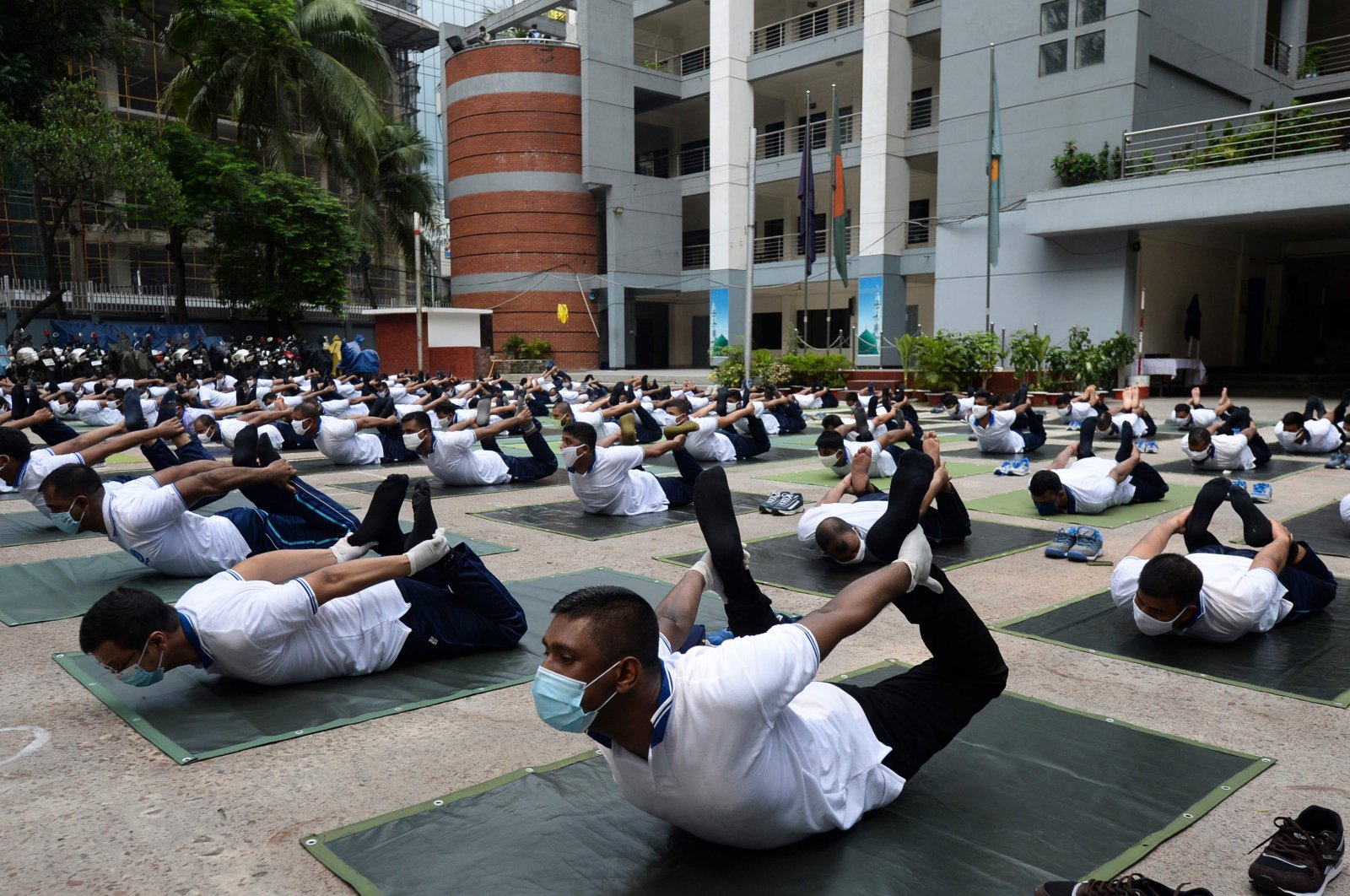 Sitting cross-legged on mats in a courtyard, dozens of Bangladeshi policemen breathed in and out in sync as they took part in mass yoga sessions organized to boost their health during the coronavirus pandemic.

Police officers played a key role in enforcing a lockdown in the country of 168 million people before it was lifted at the end of May.

But the virus has also infected more than 6,000 officers throughout Bangladesh, with 19 dying of COVID-19.

In the capital Dhaka, at least 1,850 policemen got the disease and 10 died, according to government figures.

"They are playing a vital role staying on the streets to maintain law and order," said Rajon Kumar Saha, a spokesman for Dhaka police's diplomatic security division, which initiated the yoga sessions on Sunday.

"It was important to keep them stress-free during duty," he told Agence France-Presse (AFP).

Coronavirus cases in the impoverished nation were rising daily even during the lockdown, and experts fear there could be sharper increases with the economy now opening up.

In congested Dhaka, maintaining social distancing has been difficult for locals, adding to the pressure on police and other law enforcement agencies, Saha said.

"We were instructed to do what could be done to morally boost the force amid this crisis. This yoga is a part of that mission for us," he said, adding that up to 1,200 personnel will participate in the sessions.

Yoga instructor Shama Makhing, who led some 100 officers in stretching and breathing exercises early Monday, said the ancient practice from India would support the officers physically and mentally.

"They cannot skip duty," Makhing told AFP. "Therefore it is important for the policemen to be fit. Yoga ... can help with their breathing."

The unit's deputy chief, Muhit Kabir Sarneabat, said police were considering rolling out yoga and other physical exercises for officers in other divisions.

Bangladesh has reported more than 68,500 virus cases including over 900 deaths.