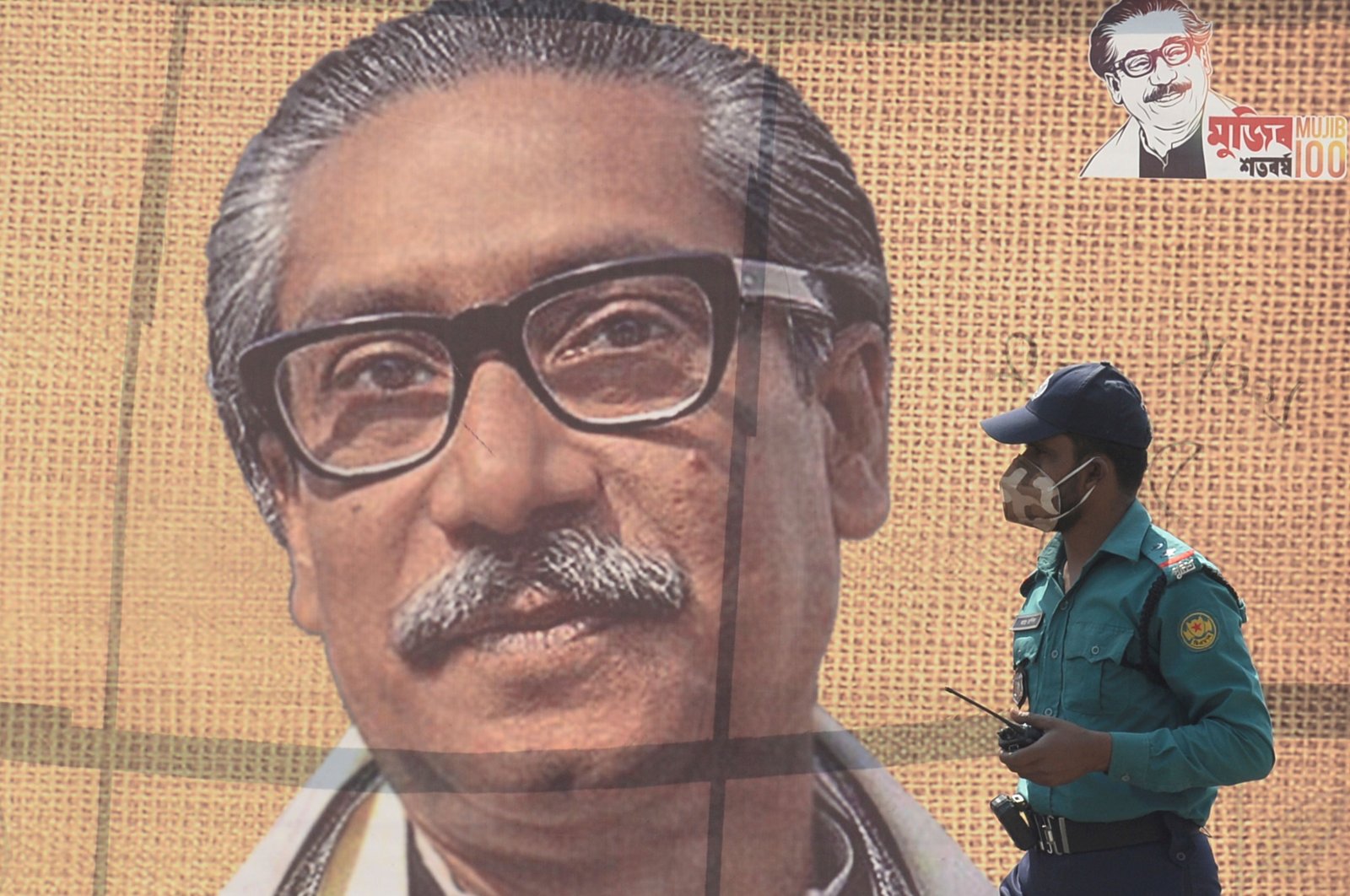 A policeman wearing a facemask amid fears of the spread of coronavirus walks past a banner with a picture of Bangladesh’s founder Sheikh Mujibur Rahman in Dhaka, March 09, 2020. (AFP)
by Anadolu Agency Apr 09, 2020 7:50 pm
RECOMMENDED

Bangladesh is likely to go ahead with the hanging of former military Capt. Abdul Majed, one of the killers of the country's founder Sheikh Mujibur Rahman.

Majed, who was in hiding for almost 45 years, was arrested by local police in the capital Dhaka on Tuesday.

His execution is expected to give closure to family, friends and thousands of supporters of Mujibur Rahman, who led the liberation war against Pakistan and became the first prime minister of Bangladesh in 1972. He was brutally killed along with his family in a coup on Aug. 15, 1975.

He is survived by two daughters, Sheikh Hasina, who is now prime minister of Bangladesh, and Sheikh Rehana. They were out of the country at the time of the coup.

No date has yet been announced for Majed's execution, but Law Minister Anisul Huq told Anadolu Agency "all formalities before his execution" has been taken care of.

Local media reports said Majed confessed in the court that he was in hiding in India for two decades and returned to Dhaka last month, but officials have remained tight-lipped about the development.

"We do not have information on exactly when he returned to Bangladesh as we have not investigated or interrogated him after the arrest," said Masudur Rahman, a senior police officer.

Law Minister Huq said, "I am not aware of reports that he was absconding in India."

Earlier, Home Minister Asaduzzaman Khan in a video message to the nation said the arrest was a gift for the people of the country on the 100th birth anniversary of the father of the nation.

In 2009, the country's Supreme Court upheld the death sentences for Majed and 11 others. Five of them were hanged to death in 2010, one died in Zimbabwe in 2001 and five are still absconding.