Beijing says not interested in 'Alien vs. Predator game' after Pompeo's remarks 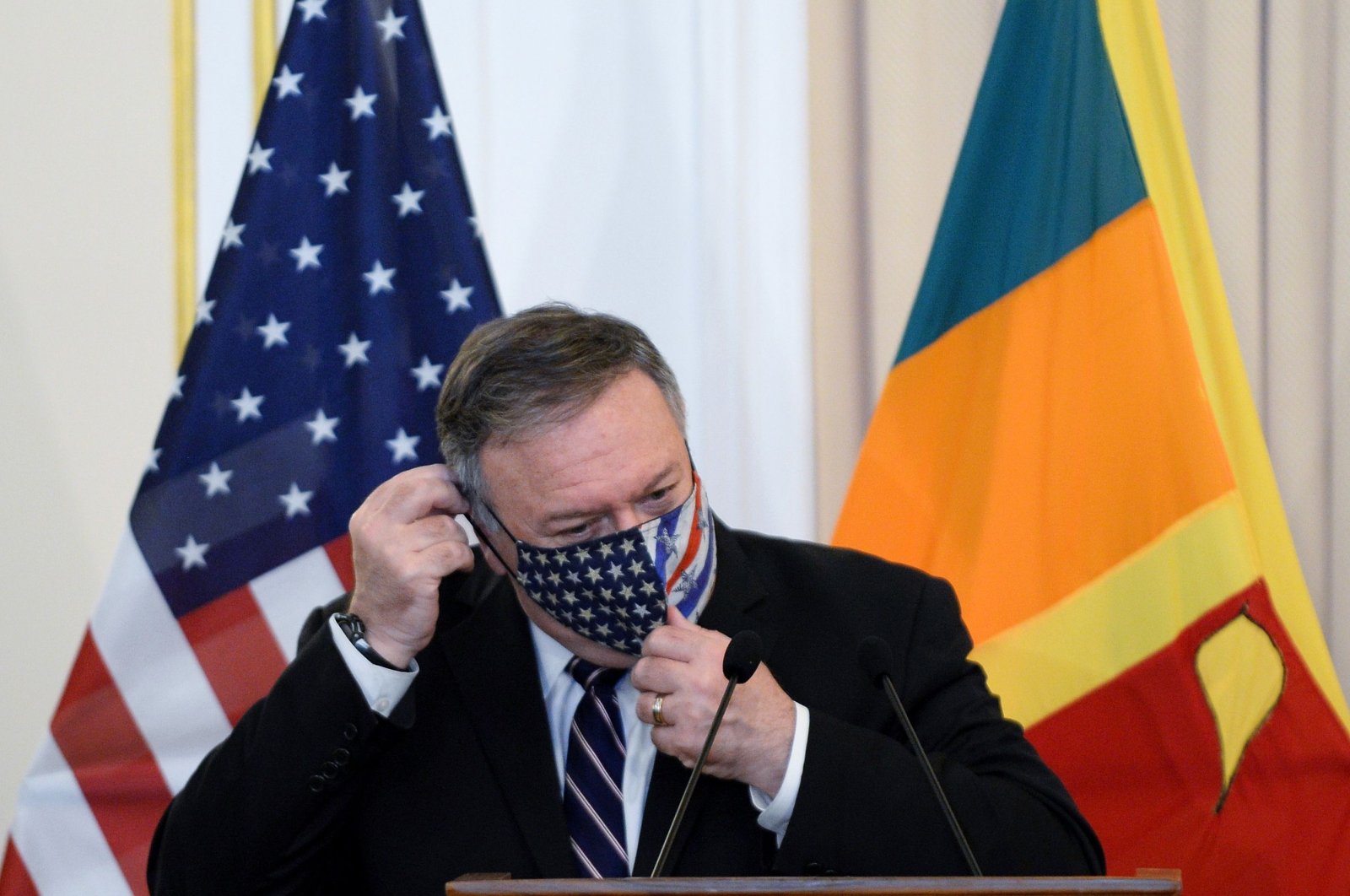 U.S. Secretary of State Mike Pompeo called China's Communist government a "predator" Wednesday as he sought to tempt Sri Lanka away from Beijing's influence and later bolstered the U.S. diplomatic presence in the neighboring Maldives to counter the Asian superpower.

Sri Lanka and the Maldives, both strategically located on key Indian Ocean trade routes, have borrowed heavily from Beijing in recent years, worrying Washington and other countries concerned by China's rise.

Pompeo has made attacks on China the focus of an Asian tour this week that started in India and is now moving from the Indian Ocean islands to Indonesia.

During a 12-hour stay in Colombo, Pompeo described China as a "predator," sparking a social media backlash from the Chinese embassy.

"A strong sovereign Sri Lanka is a powerful strategic partner for the United States on the world stage," Pompeo told reporters after talks with President Gotabaya Rajapaksa.

"We see from bad deals, violations of sovereignty and lawlessness on land and sea, that the Chinese Communist Party is a predator, and the United States comes in a different way," Pompeo said.

The Chinese embassy in Colombo hit back, tweeting a promotional image for the "Aliens vs. Predator" video game.

Sri Lanka's Foreign Minister Dinesh Gunawardena made no reference to China at the press conference with Pompeo. Rajapaksa told Pompeo that he was not ready to compromise the island's independence and denied the country was heading for a Chinese debt trap, his office said.

Sri Lanka borrowed billions of dollars from China for infrastructure when Rajapaksa's brother Mahinda was the country's leader from 2005 until 2015.

Unable to service a $1.4 billion loan to build a deep seaport, the country was forced to lease the port to a Chinese firm for 99 years in 2017.

Yang Jiechi, a high-ranking Chinese Communist Party politburo member, pledged more economic help when he was in Colombo this month.

China has in the past helped Sri Lanka fight off allegations of human rights violations, particularly in the final months of its decades-long Tamil civil war in 2009, when the current president was the country's top defense official.

After laying a wreath and praying at St. Anthony's Roman Catholic church where 56 of the 279 people killed in last year's Easter Sunday suicide attacks lost their lives, Pompeo flew to the Maldives.

He said the launch of a resident U.S. embassy in Male was an "unshakeable commitment to the Maldives and the Indo-Pacific region", following talks with President Ibrahim Mohamed Solih.

China opened a full embassy in Male in 2011, becoming one of the first states to have a resident diplomatic mission in the archipelago known as a hotspot for honeymooners and upmarket tourists.

Pompeo warned the Maldives, a nation of 340,000 Sunni Muslims, of Beijing's "lawless and threatening behavior."

He said China also leaves behind levels of marine debris that would be "unconscionable" for other nations. The Maldives depends on its pristine beaches to sustain luxury tourism.

Vietnam's government said it expected Pompeo to stop there after Indonesia, but this was not immediately confirmed by the State Department.