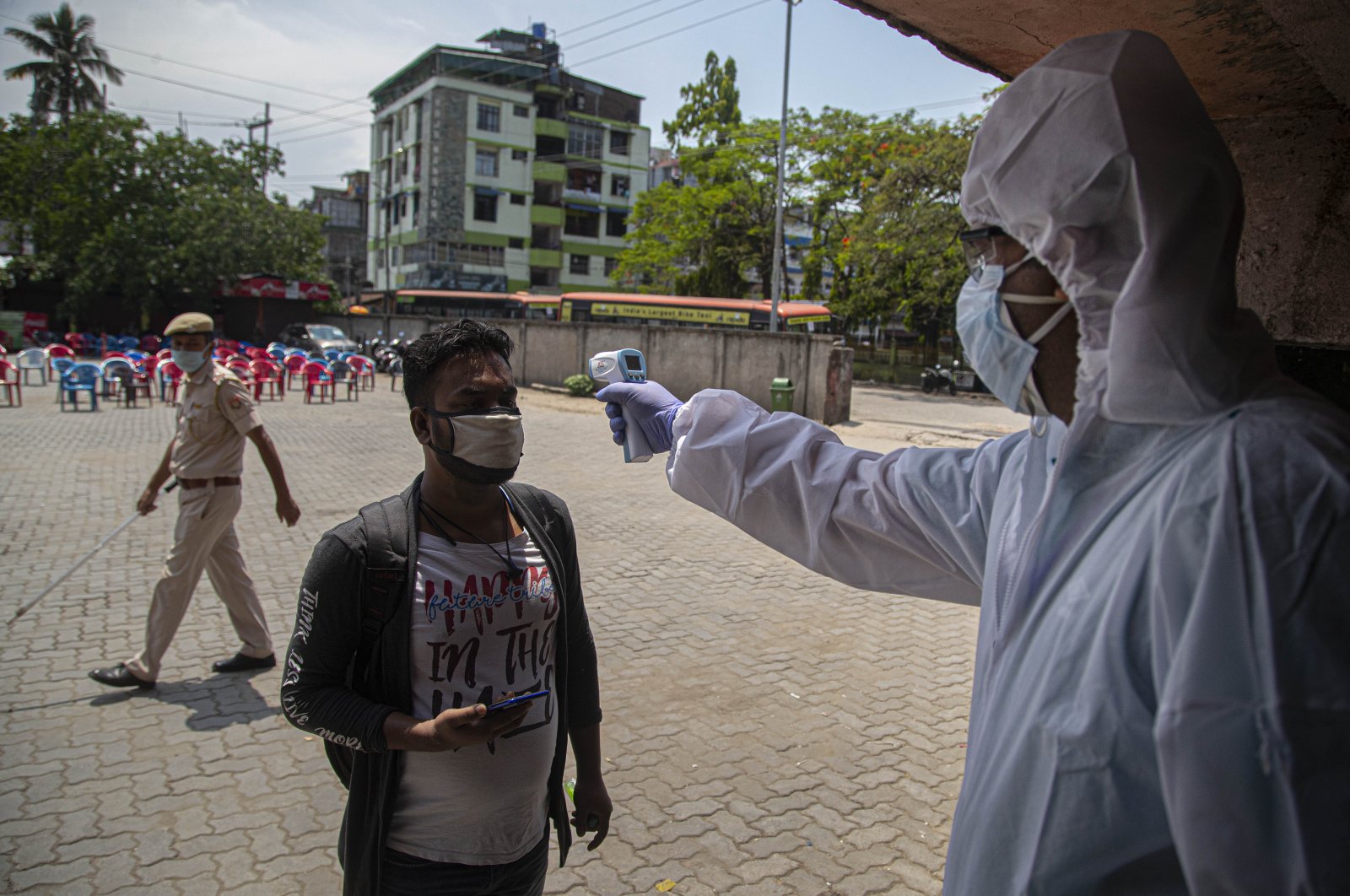 A health worker checks temperature of a passenger as people who were stranded in the city due to the month-long lockdown to curb the spread of new coronavirus, arrive to board special buses to their villages in Gauhati, India, April 27, 2020. (AP Photo)
by Daily Sabah with Wires Apr 27, 2020 4:59 pm

A truck driver with coronavirus has been found to have spread the disease to 24 people as he was “bored” and so played card games with friends and neighbors in southern city of Vijayawada.

According a Times of India report, the case was revealed after officials investigated a small neighborhood in the Krishna district that had an unusually high number of patients. Officials found out that the truck driver’s intent to kill time led to the infection of 24 of the district's people.

India previously extended a nationwide lockdown until May 3 to curb the spread of coronavirus. The country has reported about 20,000 cases and more than 500 deaths so far.