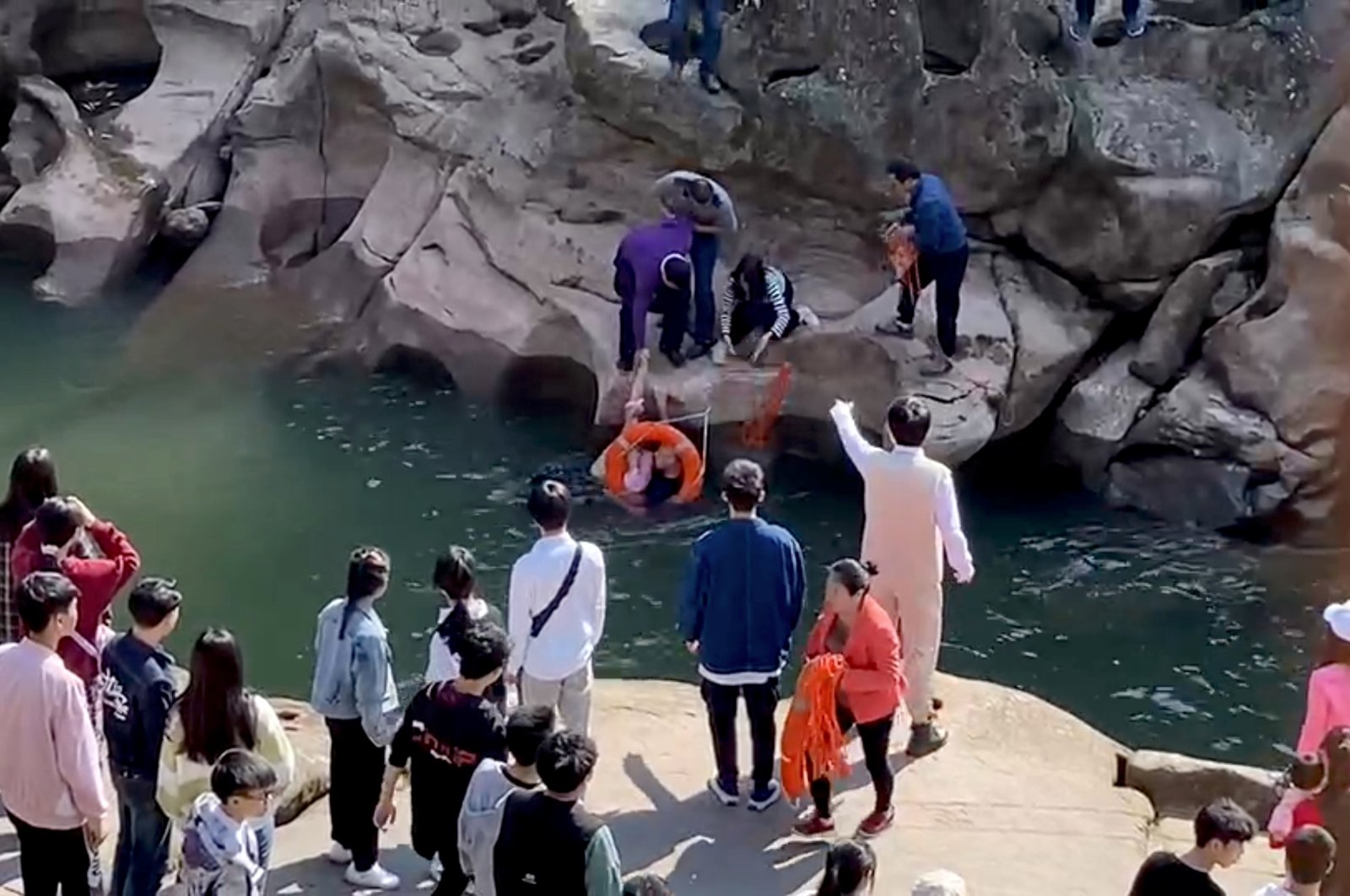 A British diplomat is being praised for saving a drowning woman in southwestern China.

Stephen Ellison jumped into a stream to rescue the woman after she fell into the water in a village on the outskirts of Chongqing. Ellison is the British consul general in the Chinese city.

“We are all immensely proud of our Chongqing Consul General, Stephen Ellison, who dived into a river on Saturday to rescue a drowning student and swim her to safety," the The British Embassy in Beijing said in a tweet.

Ellison was on a business trip Tuesday and could not immediately be reached for comment.

Chinese foreign ministry spokesperson Zhao Lijian joined the chorus of approval for Ellison expressed online and in state media. "His bravery is commendable, and I would like to give him a big compliment," Zhao said at a daily news briefing.

In footage shot by onlookers and posted online, the 61-year-old Ellison, who competes in triathlons, is seen tearing off his shoes and jumping in fully clothed before swimming to the woman, who appeared to be unconscious. A life preserver was thrown to the pair, but Ellison swam to the bank by himself as others pulled the woman from the water.

Ellison received overwhelming praise on the Chinese internet, with some contrasting his fast action during the Saturday morning incident with the relative passivity of onlookers. Footage posted online racked up millions of views, with commenters praising the selfless act.

“We welcome this type of foreigner. Saving lives really has no borders," read one comment on the Twitter-like Wechat microblogging forum.

China-Britain relations have been under strain in recent months over trade disputes, London's condemnation of China's crackdown on opposition figures in the former British colony of Hong Kong and Beijing's detention of more than 1 million members of Muslim minority groups in the northwestern territory of Xinjiang.