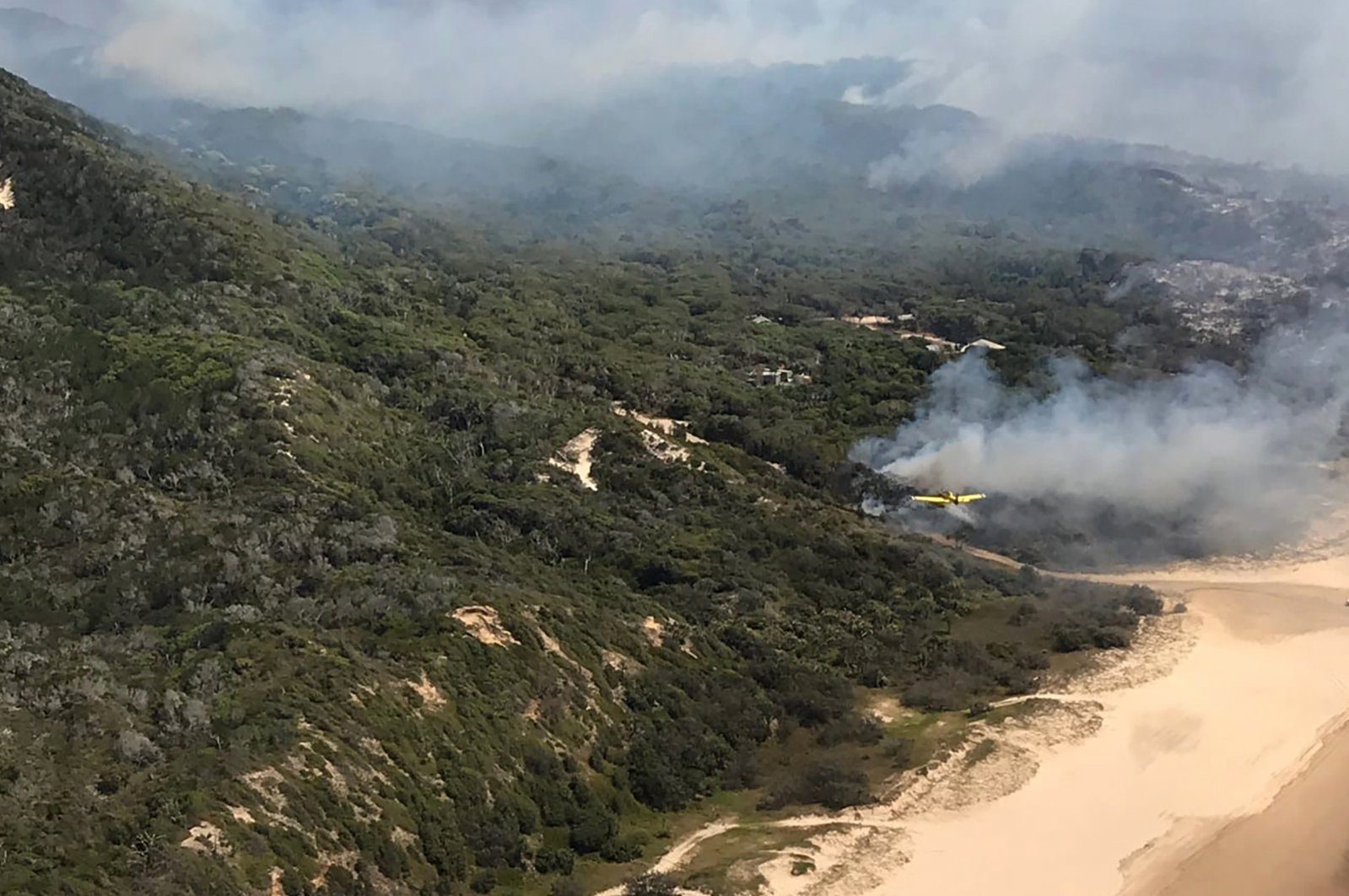 Smoke blows over hills and toward the ocean at Fraser Island, Australia, Dec. 2, 2020. (Queensland Fire and Emergency Services via AP)
by REUTERS Dec 02, 2020 11:49 am
RECOMMENDED

Australian fire crews are battling massive bushfires that have been burning for six weeks on Fraser Island, the world's largest sand island, forcing tourists to flee the island off the northeastern coast.

The fires have razed more than 76,000 hectares (187,800 acres), nearly half of the island, which is a UNESCO-listed world heritage site for its tropical rain forests and sand dunes.

"Conditions remain unpredictable and can change rapidly," the state's emergency services said in a statement, adding that guests and staff at one of the island's largest resorts should be prepared to leave anytime.

Several guests were ferried off the island, also known by its indigenous name K'gari, on Tuesday as weather conditions worsened, Australian media reported.

More than 1 million liters of water and fire-retardant gel have been dropped on the fires since Saturday, the Queensland state fire department said.

"I think it's frustrating for everybody, the fact that a campfire has started this fire. Having the impact that it has had, it started in a very, very remote part of the island ... really difficult to access,” Queensland Fire and Emergency Services Deputy Commissioner Mike Wassing told Nine News.

Australia is baking through a major heat wave, which has been building across the country's outback interior over the last week and is now shifting to the northeast.

Moist conditions during the year have generally limited the threat from fires that devastated the country during the last fire season.

Australia's Bureau of Meteorology forecast intense heat wave conditions in the inland areas of Queensland state on Wednesday with temperatures expected to be well above 40 degrees Celsius (104 degrees Fahrenheit), but sea breezes will keep the weather cooler close to the coast.

Total fire bans have been enforced in several parts of the northeast amid the first major heat wave of Australia's bush fire season, which usually runs from late southern hemisphere spring through summer.