Calls for return of autonomy grow in disputed Kashmir 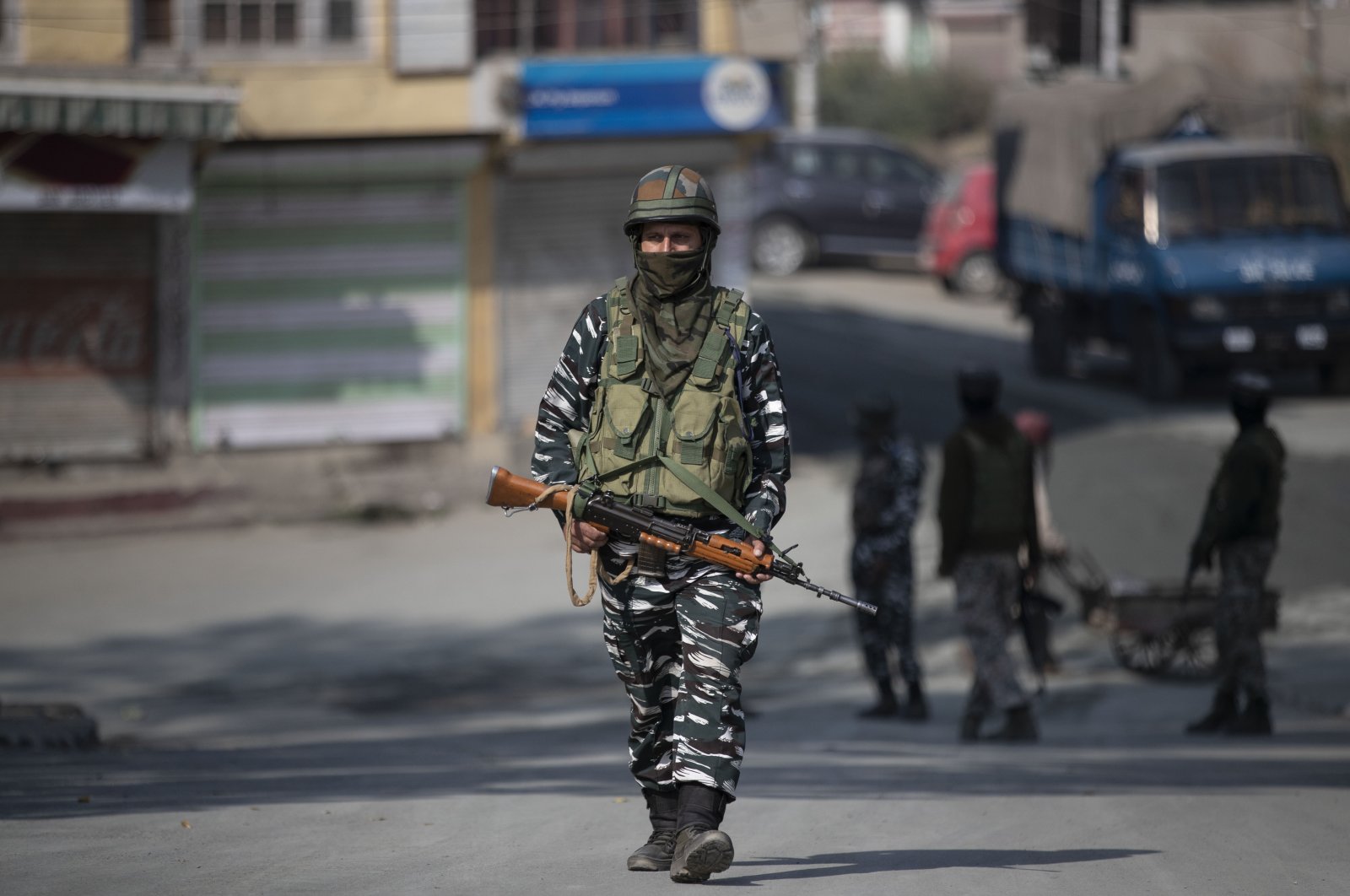 An Indian paramilitary soldier patrols during a gunfight between government forces and suspected rebels, Srinagar, Oct. 12, 2020. (AP Photo)
by Daily Sabah with Reuters Oct 16, 2020 11:37 am
RECOMMENDED

A year after New Delhi stripped the disputed Kashmir of its autonomy, major political parties announced a grand alliance Thursday to seek a peaceful restoration of the region's status.

On Aug. 5, 2019, Indian Prime Minister Narendra Modi's government took away the Jammu and Kashmir state's special privileges, provoking anger in the region and in neighboring Pakistan. It also took away Jammu and Kashmir's status as a state by creating two federally controlled territories, splitting off the thinly populated, Buddhist-dominated region of Ladakh.

"Our battle is a constitutional battle. We want the government of India to return to the people of the state (of Kashmir) the rights they held before Aug. 5, 2019," said former Kashmiri Chief Minister Farooq Abdullah. Abdullah and his son Omar Abdullah, both former chief ministers, were released by the authorities earlier this year.

The move came after India's release of the last major Kashmiri political leader from lengthy detention. On Tuesday, the government ordered the release of Mehbooba Mufti after a 14-month detention and she and other leaders promptly called for a campaign to restore Kashmir’s special rights.

Jammu and Kashmir had been the only Muslim-majority state in mainly Hindu India. Kashmiri leaders and citizens fear this step is an attempt by the Indian government to change the demography of the Muslim-majority state, where some groups have been fighting against Indian rule for independence, or for unification with neighboring Pakistan. The removal of Kashmir's special status, granted to the state via the Indian Constitution's Article 370, was accompanied by harsh restrictions on movement, mass detentions and a complete communication blackout.

Turkey criticized India's decision last August to scrap nominal political autonomous status for Jammu and Kashmir. The Indian government was riled in February when President Recep Tayyip Erdoğan compared the struggle of Kashmiris with the Ottoman Empire's fight during World War I. The United Nations has also raised concerns over the humanitarian situation in disputed Kashmir.