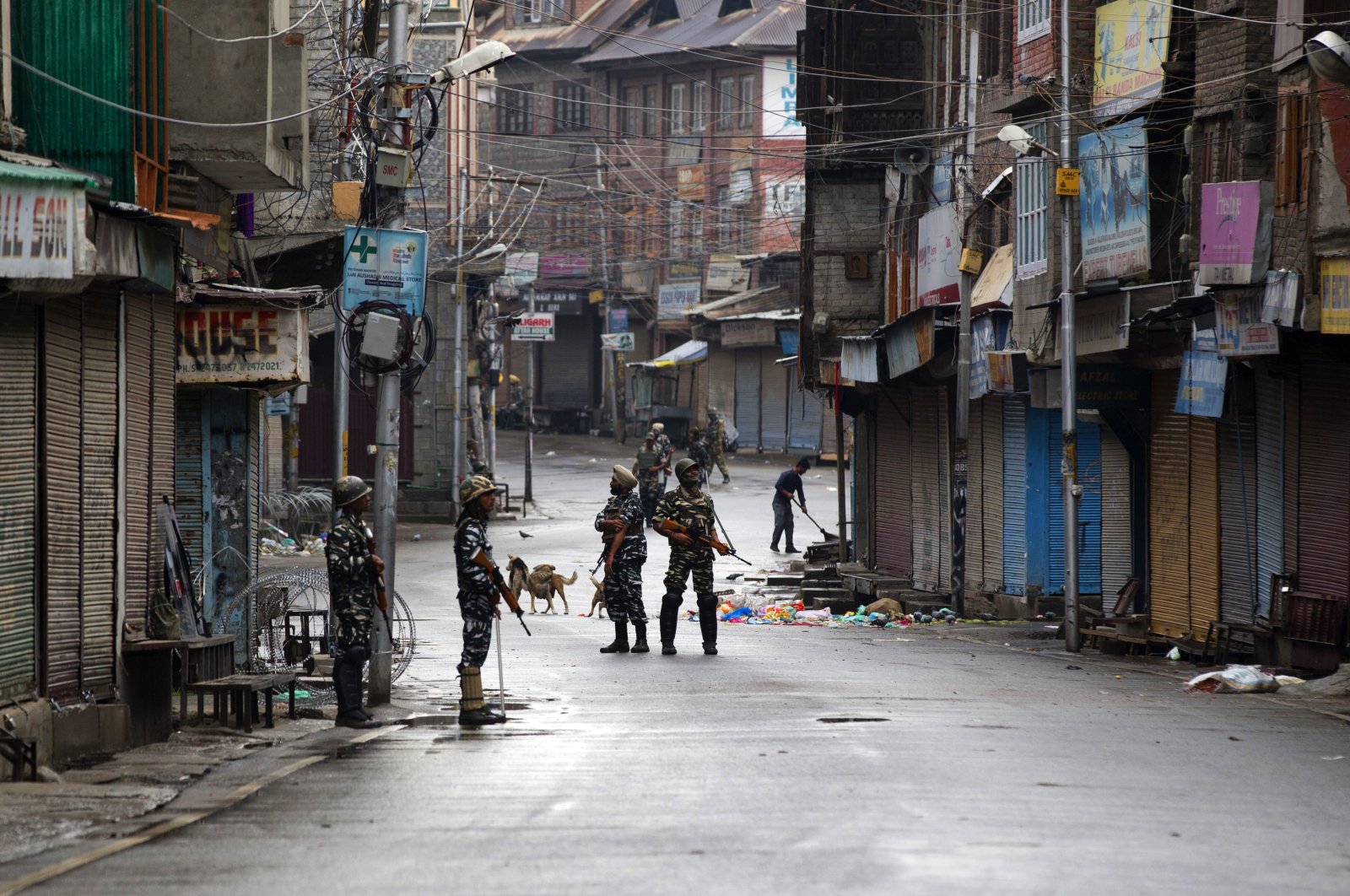 Nearly 1.2 million Kashmiri students attended classes last month for the first time in almost seven months since India revoked limited autonomy and divided the region into two centrally administered units. However, there is no guarantee that they will be able to continue their education properly in an unpredictable environment.

Sixth-grade student Mohammad Hamza, 12, said, he was preparing for a class test originally scheduled for Aug. 5 of last year, when the government ordered the closure of all educational institutions. No reason was given. Young Hamza did not understand what was happening around him as he was engrossed in solving mathematical problems. "The chaos and uncertainty soon gripped me. I saw for the first time my mother was not interested in my class tests, but my safety," he told Anadolu Agency (AA).

Tensions have run high since a decision by India in August to strip the region of Kashmir of its special autonomous status, a move that angered Pakistan. On Aug. 5, India revoked Articles 370 and 35A, used to grant Jammu and Kashmir special semi-autonomous status separate from the central Indian government. With the articles revoked, Jammu and Kashmir will no longer have its own constitution and will have to abide by Indian laws and the Constitution of India. The announcement came less than three months into Indian Prime Minister Narendra Modi’s reelection campaign, which will take place in May.

Following the controversial move, authorities on two occasions announced the reopening of schools. But students stayed away amid the ongoing restrictions and concerns among parents about the children's safety. "Our children are resilient now, though no doubt the education loss cannot be compensated," said Khurram Pervez, an activist and director of Jammu and Kashmir Coalition of Civil Society, a group documenting human rights abuses. To compensate for the loss, the number of academic days has been increased from 180 to 200 for primary and 210 days for middle classes for the year 2020.

Kashmiri children have growing concerns about their future, as many of them suffer from lack of education and guidance. Since Aug. 5 last year, Hamza said he has been confined to his home. "There was no communication with his friends or with any of relatives due to a communication clampdown. The only shelter was to sit in a corner of a room," he added. For the child every single day was boring, with no activity, just staring from windows to find someone to talk to.

The internet ban in the region is believed to be the longest communications blackout in the history of any democratic country. Indian authorities lifted a ban on social media and restored full internet access in Kashmir on Wednesday evening, six months after the disputed region was locked down and stripped of its partial autonomy. The order, which still places certain restrictions on mobile internet services, is only valid till March 17, unless extended.

Internet restrictions were partially eased in January, following a review order by the Indian Supreme Court. "Suspension of the internet for an indefinite period is not permissible, it can be for a limited time period and is subject to judicial review," the court said, adding that freedom of speech includes the right to internet access. However, social media sites that allowed "peer-to-peer" communications remained blocked. In fact, Kashmiris initially had access to only about 300 government-approved "whitelisted" websites.

Even as the Indian government recently restored partial internet services in the region, Kashmiris say they are still struggling to revive their businesses. Kashmir Chamber of Commerce and Industry, an influential trade body, has estimated the cost of the six-month-long communications clampdown at more than $2.4 billion with nearly 500,000 job losses.