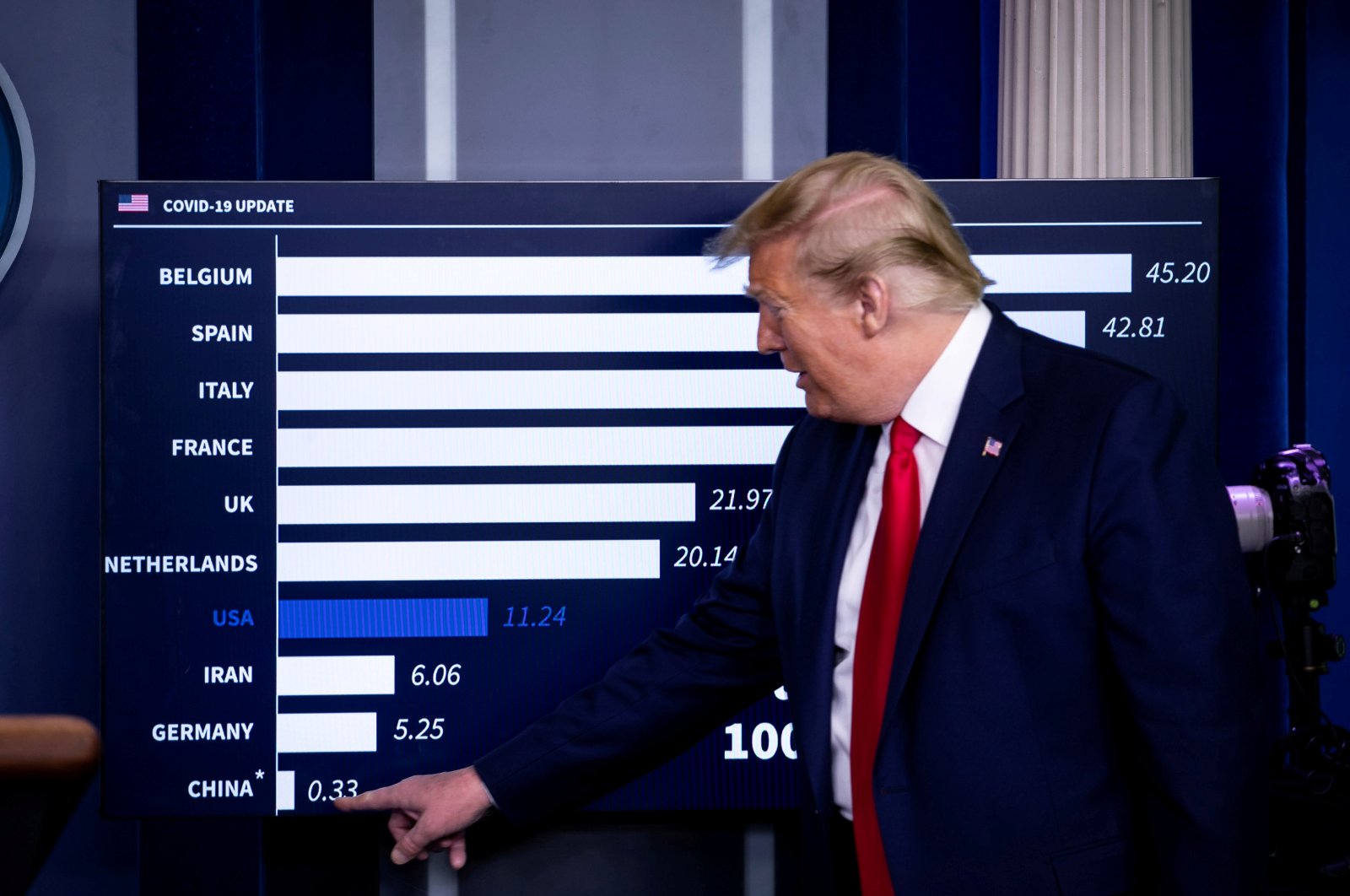 U.S. President Donald Trump speaks as he points toward China on a chart showing daily mortality cases during the daily coronavirus task force briefing at the White House in Washington, D.C., U.S., April 18, 2020. (Reuters Photo)
by Daily Sabah with Reuters
Apr 23, 2020 11:36 am

China's Foreign Ministry said Thursday certain U.S. politicians were trying to interfere in the South China Sea issue and that such attempts would be doomed to fail amid growing tensions between the two countries that have been inflamed by Washington’s denunciatory statements against Beijing.

Ministry spokesman Geng Shuang made the comments at a daily news briefing in Beijing.

U.S. President Donald Trump and Secretary of State Mike Pompeo had blamed China for the spread of the novel coronavirus and a lack of transparency.

"There will be a time when the people responsible will be held accountable. I am very confident that this will happen," Pompeo said last week.

U.S. President Donald Trump, on the other hand, has described COVID-19 as a "Chinese virus," also hinting at investigations into China's role in the virus' spread.