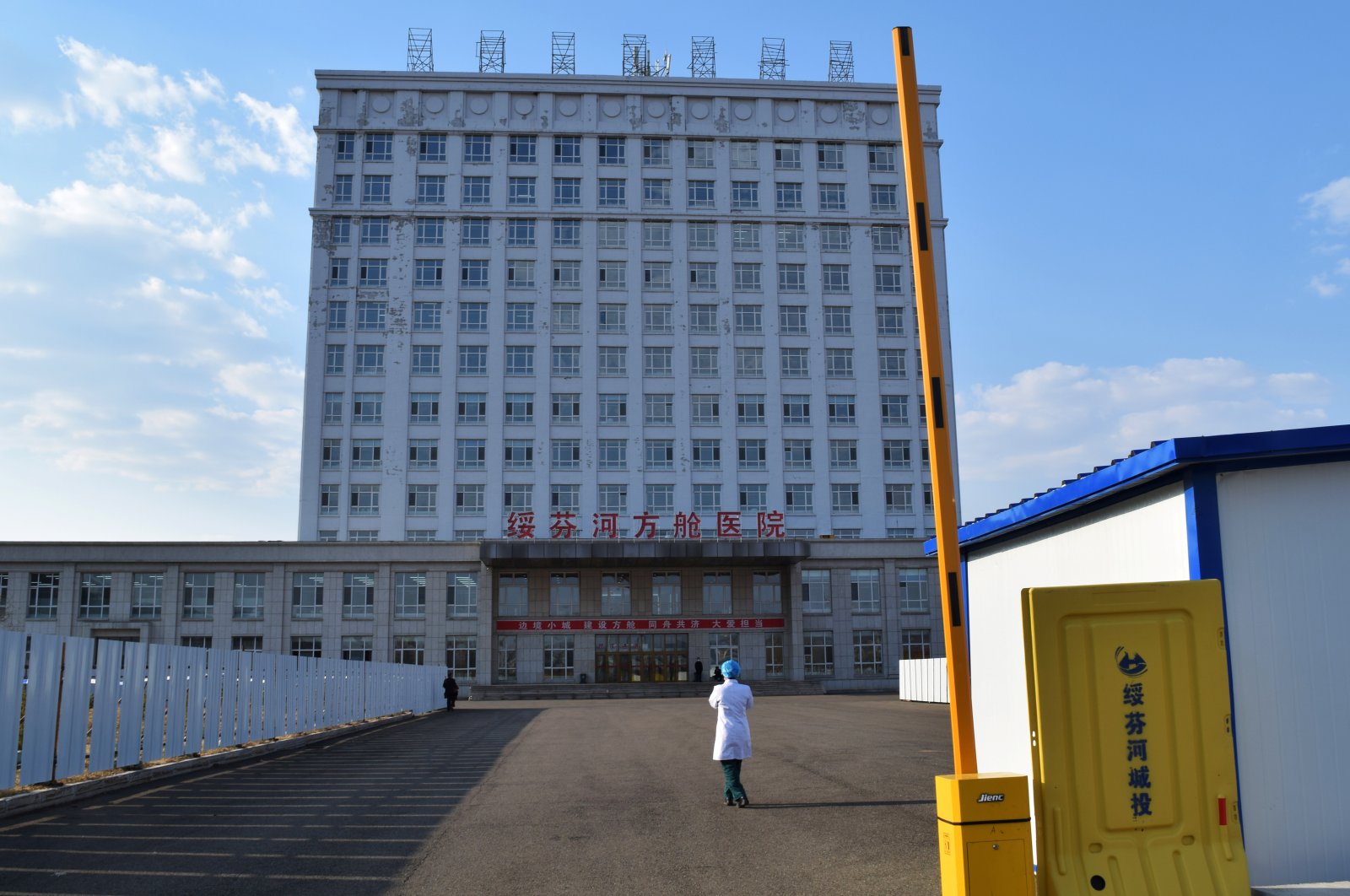 A medical worker is seen outside a makeshift hospital, which was converted from an office building, to treat patients with COVID-19 in Suifenhe, a city in Heilongjiang province on China's border with Russia, April 13, 2020. (REUTERS Photo)
by Daily Sabah with AP Apr 14, 2020 3:32 pm
RECOMMENDED

China converted a 13-story building into a makeshift coronavirus hospital in six days for patients without COVID-19 symptoms at a Chinese city bordering Russia, as Beijing faces a new coronavirus flare-up in its far-flung north-east.

By Monday night, a field hospital was operating in the city of Suifenhe along the Russian border, equipped with a negative pressure lab to diagnose new cases. Staffed by 22 experts from the National Institute for Viral Disease Control and Prevention under the Chinese Center for Disease Control and Prevention, it will conduct nucleic acid tests and other forms of research to aid in virus control and prevention, allowing the city to test up to 1,000 cases per day.

Suifenhe, a city of just under 70,000 that is frozen-in for much of the year, has at least 243 imported COVID-19 cases out of nearly 1,000 confirmed and suspected cases. More than 100 people in the area have tested positive for the virus but showed no symptoms. Recent arrivals from Russia account for nearly half of China’s imported cases.

Russia has become China's largest source of imported cases, according to state media. Most of the patients are Chinese citizens doing business in the neighboring country.

New cases of local infection in China have fallen to near zero after more than two months of strict travel bans and social distancing measures. Of the 89 cases reported on Tuesday, all but three were detected in people arriving from abroad. It wasn’t immediately clear if any came from Russia.